On May 19, ByteDance announced that Kevin Mayer, the head of Disney ’s streaming business, will serve as ByteDance ’s Chief Operating Officer and TikTok ’s Global CEO, and the appointment will be on June 1, 2020. Officially entered into force.

In a conversation with the New York Times, Mayer said that he was satisfied with his work at Disney. Regarding the new opportunities offered by ByteDance, he said, “The huge extent of this opportunity cannot be ignored.” 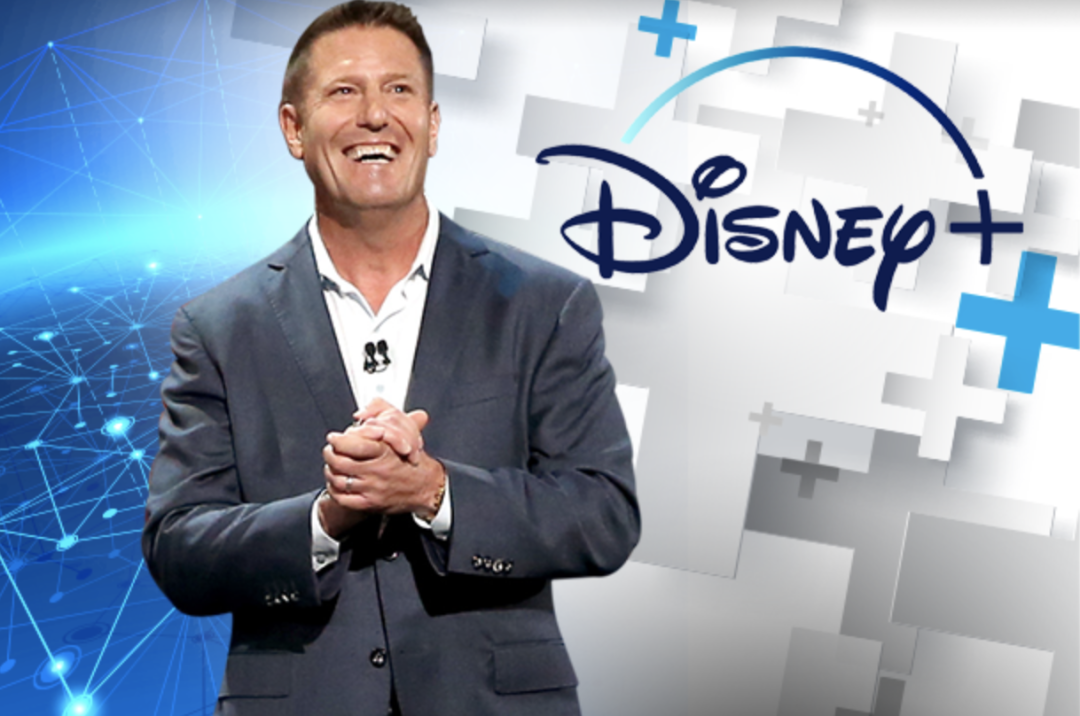 In the past, one of the most common words used by Disney colleagues to describe Kevin Mayer was “smart” and “direct”. With a height of six feet and four inches and wide shoulders, Mayer looks like he has a big head. In the observation of his colleagues, Mayer has quite a set of strategies and methods for doing things. Normally, he will not discuss how he should work with others.

Kevin Mayer, 58, was seen as the successor to Disney CEO Robert Iger, but when Iger announced his successor in February, Kevin Mayer was lost. Bob Chapek, the former chairman of Disneyland and the resort business, took over Become Disney’s seventh CEO.

Kevin Mayer has been with Disney for more than two decades. According to the “Wall Street Journal”, in May, 31-year-old Kevin Mayer entered the Disney Strategic Planning Department. A small number of employees were newly graduated business school students who were granted full authority to participate in the business plans of the company’s various departments. Just five years later, Kevin Mayer became the senior vice president of the department and began to take charge of the Internet business, trying to connect Disney with new digital tools.

In early 2000, at the peak of the first Internet boom, Kevin Mayer left Disney to lead the playboy network work, but Mayer left in less than a year, and then worked in the media departments of Clear Channel Communications and LEK Consulting for several years.

In 2005, Disney in crisis was taken over by Robert Iger. After being recommended by Chief Financial Officer Tom Staggs, Kevin Mayer returned to Disney ’s senior management position. After returning to the company, one of Mayer ’s first initiatives was a large-scale strategic review of Disney in collaboration with consulting firm Bain. One conclusion reached was that Disney needed to focus more on large franchise rights than on Used in movies and characters. 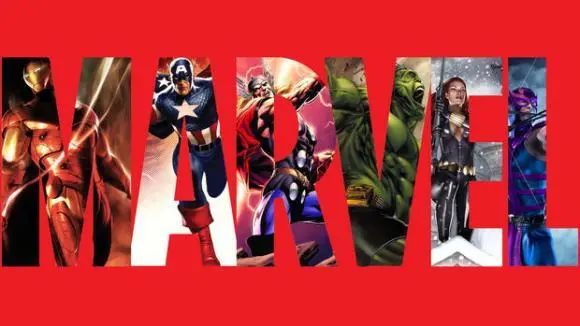 In 2006, Disney acquired Pixar animation for the production of Toy Story for $ 7.4 billion. According to the Wall Street Journal, in the process, Kevin Mayer and Pixar co-founder Ed Catmull became friends, Ed Catmull also became the co-director of Disney Animation Studios after the transaction was completed, and he acquired Marvel Pictures Early supporters of the plan. Three years later, Kevin Mayer led the negotiations for Disney ’s acquisition of Marvel Pictures. After repeated negotiations and waiting, the deal was finally sold for $ 4 billion. Another three years later, Disney acquired Lucasfilm for $ 4 billion, and in the process acquired the “Star Wars” series, reaching three transactions, which cost a total of about $ 16 billion.

In 2017, after explaining the reasons for the acquisition of Fox to the Disney board of directors, Kevin Mayer personally went to Murdoch ’s Moraga winery in Los Angeles to discuss the terms of the acquisition, and always stood by Iger in the price bidding battle, finally helping It completed Disney’s acquisition of Fox for $ 71.3 billion. It is Kevin Mayer ’s strategic ambition that impressed Fox CEO Lachlan Murdoch. The former evaluated Mayer as a “problem solver” in Fox. Most of the slight obstacles and complex issues in the negotiation were handled by Mayer.

In March 2018, Kevin Mayer was appointed as the director of the consumer direct sales business and the head of the streaming media business. He is in charge of streaming platforms such as ESPN + and Hulu, and is responsible for international operations, global content and advertising sales. . In November 2019, Mayer, then chairman of Consumer and International Business, launched Disney +, a streaming service for Disney + (a $ 7 per month streaming service). 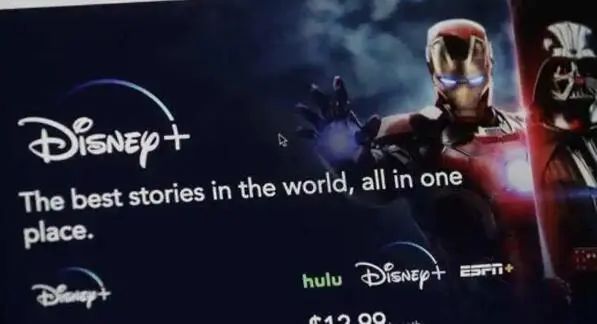 At that time, CEO Iger told the Wall Street Journal that he bet on Disney ’s future on this service-the company had already spent billions of dollars to produce programs for the entire library of movies and TV programs. Launched online and reached a deal with partners such as Verizon Communications Inc., the company’s wireless and Internet customers will receive one year of free service. Disney tried to use this service as an alternative to Netflix and build its own technical foundation. At present, the number of paid subscription users worldwide has exceeded 50 million, which may mean that Disney is taking another step away from the winners of the digital age. But Kevin Mayer, who is building the service on his own, is about to leave now, and it may be difficult to say for sure in the future.

Mayer ’s friend, Michael Burns, the vice chairman of rival Lions Gate Entertainment, commented at the time: “This service may eventually become the jewel in Disney ’s crown. Although Mayer is a benevolent ‘killer’, he Closer to us. “

After joining ByteDance, Kevin Mayer will be responsible for TikTok, Helo, music, games and other businesses, as well as ByteDance global functions (excluding China), Including enterprise development, sales, marketing, public affairs, security, legal affairs, etc. Alex Zhu, the former president of TikTok, will be transferred to the vice president of ByteDance Products and Strategy, responsible for the company’s strategy and product design. At the same time, the current positions of the current heads of TikTok countries and regions around the world remain unchanged, and they will continue to perform their original duties and report to Kevin Mayer.

Data from Sensor Tower, an application data company, shows that TikTok ’s applications have been downloaded approximately 1.9 billion times worldwide, including 1.7.2 billion times. During the rampage of the New Crown epidemic, its popularity has increased. In the first quarter of this year, TikTok downloaded 307 million times, more than any other application in the world. 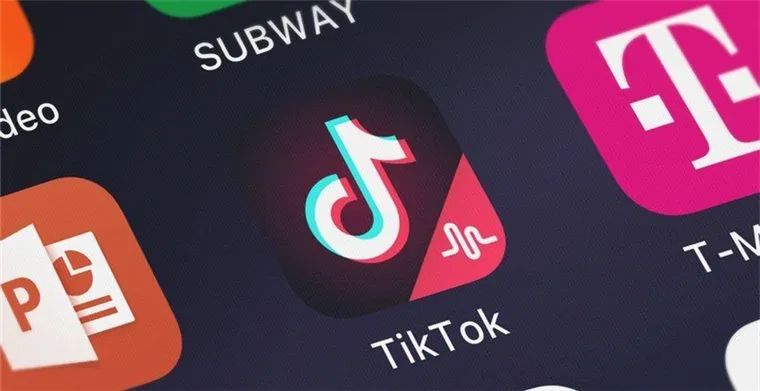 TikTok ’s popularity and the way personal data is processed-by using sophisticated artificial intelligence, based on the user ’s behavior on the application, video recommendation, byte-beating Chinese-funded background, making it in the US government Faced with deep distrust, several government agencies, including almost all military departments, prohibit employees from downloading or using the application.

In November 2019, the U.S. government launched a national security review of ByteDance ’s $ 1 billion acquisition of the social media application Musical.ly. Musical.ly is the predecessor of TikTok. In fact, in the United States, both Republicans and Democrats question the Chinese government ’s influence on the app. Earlier, in March 2019, at the US Senate hearing on TikTok data security issues, US Republican Senator Josh Hawley publicly stated that he would submit a bill to ban US federal government employees on their equipment With TikTok, the ban will apply to all equipment issued by the US government. Josh Hawley accused TikTok parent company ByteDance of sharing data with the Chinese government. In December 2019, the U.S. Navy and the Department of Defense both sounded the alarm for TikTok. The U.S. Navy previously asked soldiers not to download and install this application. If it is already installed, it needs to be removed from the equipment issued by the government.

These voices clearly hindered the development of byte-beating globalization strategies. So Zhang Yiming personally entered the battle. On March 12 this year, he issued an internal letter announcing the comprehensive upgrade of the organizational structure, stating that he would become the global CEO, and then he would spend more time and energy in Europe, the United States and other markets, and Alex will beat the byte to the world The management team is perfect, leading the company’s global strategy and development. According to Reuters, TikTok has hired many U.S. executives and employees to run its business and review the contents of its applications in order to quell overseas regulatory concerns.. In 2019, former YouTube executive Vanessa Pappas joined TikTok as one of its heads in the United States and stated in a blog post in November that TikTok promised to prioritize data security, “We have a dedicated ‘S technical team is focused on adhering to strong policies on cybersecurity, data privacy and security practices. In addition, we regularly conduct internal and external reviews of our security practices to ensure that we can keep up with the risks we face at this stage. “In January of this year, ByteDance appointed Erich Andersen, the former Microsoft Intellectual Property Director, as the global general counsel. In March, TikTok simply announced that it would terminate the use of personnel in China to review overseas content and transfer these positions overseas, and more than 100 affected employees will be transferred to other positions within the company.

How far these measures have improved TikTok’s impression of the US government is currently unknown. From the perspective of Kevin Mayer’s previous experience at Disney, byte bounce makes Kevin Mayer leading TikTok may be a good choice, not only because his successful experience in streaming can be applied to TikTok, but also because of Hiring a U.S. executive helps to resolve the question of the security of TikTok by American politicians. But for Kevin Mayer, his job will also face competition from other social media giants such as Facebook and Snapchat.

The new news is that after Kevin Mayer ’s appointment was announced, Republican Senator Josh Hawley said on Twitter that TikTok had previously told him that they could not attend the hearing in the United States because the executives are all in China “But this new executive lives in the United States. I look forward to his oath to testify.”

“The Wall Street Journal: Can Kevin Mayer Deliver the Future of Disney?”

“Silicon Valley Insight: The Man Behind Mickey Mouse: An article to show you the new COO Kevin Mayer of byte beating”