However, there has not been a profitable B station so far, and it may face the difficulty of losing money and how to maintain its quality. 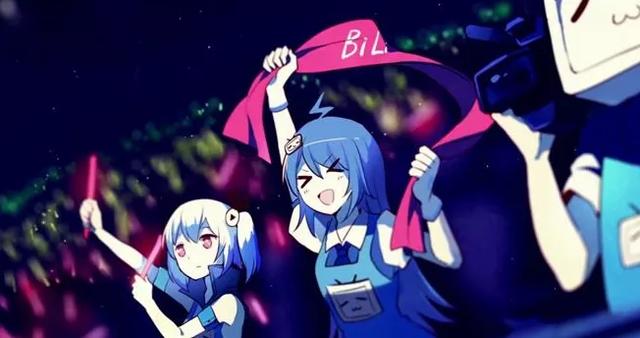 “Xiao Po Station is out of the circle again.” This is probably something that users of Station B have often lamented recently.

From the “Best Party for Young People” to the screen of “Houlang”, “Broken Circle” seems to be the title song of Station B in 2020. Station B after the break of the circle clearly ushered in time after time. On May 19th, the financial report for the first quarter of 2020 released by Station B made its share price set a new record. On the same day, the share price of Station B closed at US $ 35.22, and the market value reached about US $ 12.2 billion.

But breaking the circle is not all icing on the cake for station B. The marketing of “Houlang” has caused many old users to say “I don’t want to break the circle like” Houlang “anymore.” Station B has changed, and it has become a word that appears frequently. Knowing that there are niche labels, the road of breaking the circle is also stumbling.

And now at the “back wave” station B, the road to breaking the circle is not smooth.

Like Bing Yisuke, who often shouts “pig rushing forward” in the B drama “Ghost Destruction Blade”, B stands in the first quarter of 2020.

First of all, in terms of revenue, Station B performed well.

Secondly, under the influence of the acceleration of the epidemic housing economy, the user data of station B has soared.

At the same time, the average daily use time of users reaches 87 minutes, an increase of 10 minutes from the previous month. Faced with the B station, a series of results have been achieved in terms of user data. Chen Rui, CEO of Station B, said: The epidemic has extended the holiday to a certain extent, which has accelerated user growth and user activity, but it is not the main reason. Important role.

In April this year, Station B received investment from Sony, and Station B will launch more products in the ACG field. At the same time, station B’s star stationing activities in Taiwan also generated resources for station B. The cooperation with the MCN organization has introduced a lot of UP masters for the B station, and its content ecology is being further improved in the fields of food, finance, games and so on.

It is called “B station that understands the user best”, and after the New Year’s Eve party in the circle, it broke the circle with the video “Houlang” of the May Fourth Youth Festival. The repeated breaking of station B is also an important reason for its growing users.

However, in this great financial report that broke the circle, there are still many problems in the “B station that understands the user best”. Although the broken circle brought a certain amount of traffic to station B, station B is still in a state of increasing non-increasing profits. Xiao Po Zhan still hasn’t been able to fill the loophole, and the more he tears, the bigger.

In the first quarter of 2020, Station B was still in a loss. Financial report data shows that the net loss of station B reached 538 million yuan in the latest quarter, an increase of 175% year-on-year. After ignoring the cost of employee equity incentives and the amortized cost of intangible assets acquired, under non-US general accounting standards, the net loss at station B still reached 471 million yuan.

This is the eighth consecutive quarter of loss after Station B went public in the US in March 2018.

From the “Best Party for Young People” to the post-70s and post-80s “Houlang”, the cost of B standing behind the broken circle is constantly accumulating.

B station B is not easy to break the circle, soaring costs have not been able to achieve profitability. At the same time, station B, which has received dividends in the epidemic housing economy, will inevitably suffer some negative effects. Among the four major segments that constitute the revenue of station B, the revenue from advertising business and e-commerce business has decreased sequentially.