The 5-year-old fights a lot and will eventually challenge 21-year-old Ali. 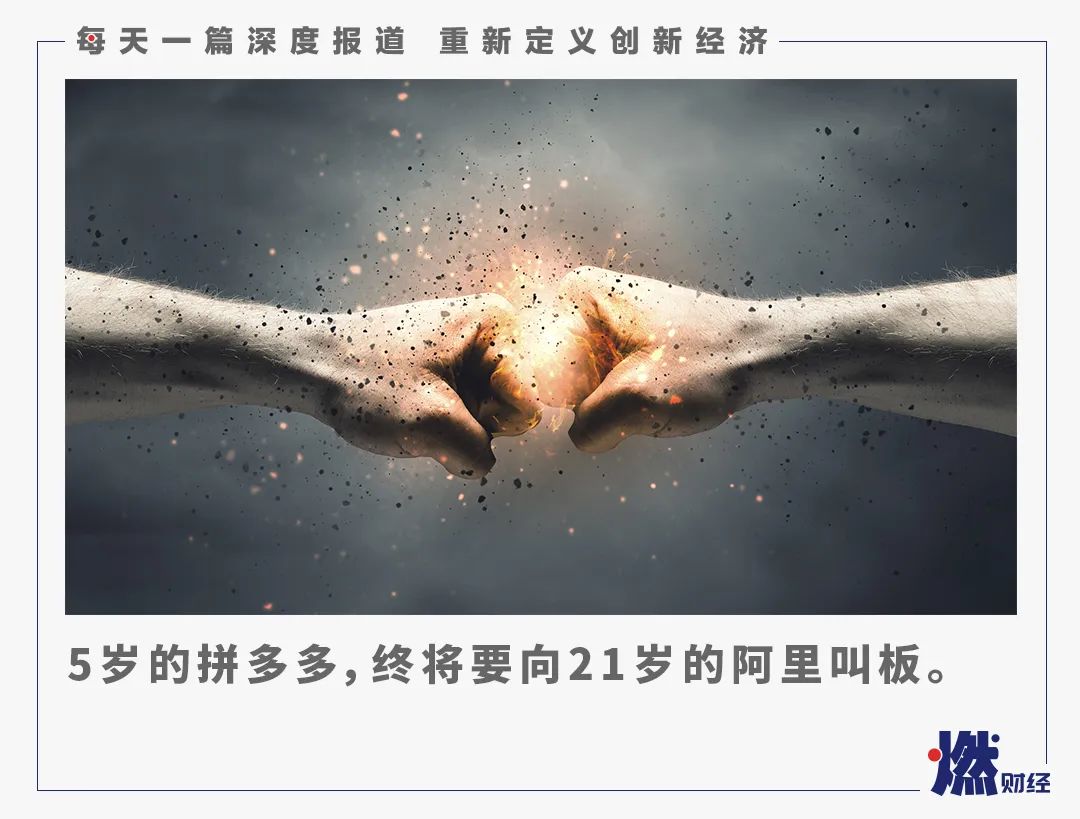 This is a very coincidental scene: Pinduoduo and Alibaba chose to release the first quarter financial report for 2020 on the same day.

One is an e-commerce big brother with a market value of more than $ 500 billion, and one is an ambitious and controversial rising star. In the past year, they have fought from the wars of traffic, subsidies and talents to the war of words.

More dramatic is that after the release of the financial report, U.S. stocks opened and Ali fell 4.3% and Pinduoduo rose 4.4%. At the close, Ali’s decline reached 5.87%, and Pinduoduo’s increase reached 14.50%. The market chose to vote with its feet.

But from a business perspective, the coordinate system has changed.

As of the end of the first quarter, Ali ’s annual active users were 726 million, an increase of 15 million from the previous quarter, and Pinduoduo ’s new users were 42.9 million, with a total of 628 million. The gap with Ali has narrowed to less than 1 Billion people. Pinduoduo’s GMV growth rate last quarter was 99%, and Tmall physical GMV growth rate was 10%.

It’s like, Ali is driving an aircraft carrier, and Pinduoduo is driving a cruiser. Although the cruiser is small, it’s fast and powerful, and you can’t fight it. At this time, it was false to say that Ali was not nervous.

Because of the epidemic situation, the first quarter financial report was a “comparative meeting” for many companies. The impact was too great, all reflected in the financial report, and Ali and Pinduoduo were no exception.

We compare the first quarter earnings report to see what changes have taken place in this dramatic battle.

It ’s all miserable, but unexpectedly exceeded

Compare the performance of the two first.

In the first quarter, revenue was 114.3 billion yuan, an increase of 22% over the same period last year. What is the concept of 22% growth rate? Not low, but it was the worst quarter after Ali went public. At least in the past 10 consecutive quarters, this number has never been lower than 35%. 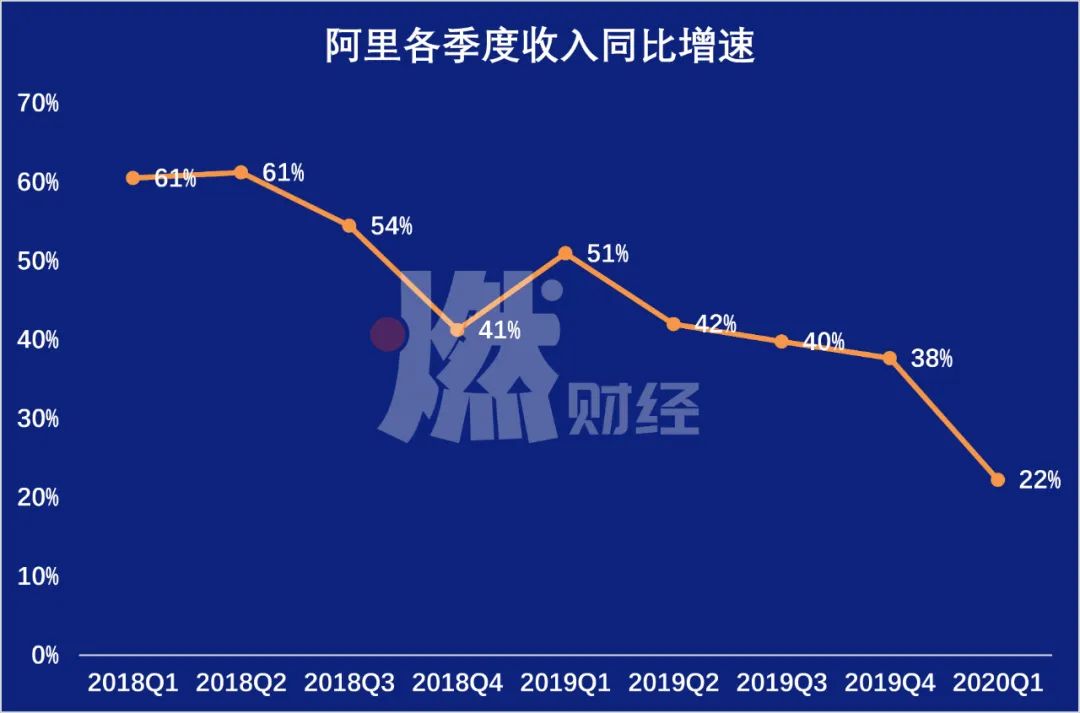 Alibaba ’s core business and Alibaba Entertainment are the ones that have hindered their performance.

The core businesses include Taobao Tmall, Retail Connect, cross-border business, rookie logistics, hungry and other businesses, accounting for more than 80% of Ali’s revenue, which is the basic market of Ali. In the first quarter, this piece of revenue was 93.9 billion yuan, with a growth rate of only 19%. The reasons for the slowdown in growth are, first, the decrease in orders, and second, that merchants have reduced advertising, which has caused Ali’s advertising revenue to shrink.

Unlike many people’s conjecture that “the takeaway will break out during the epidemic”, Ali’s local life business (hungry + word of mouth) has a negative growth in the first quarter and has not ushered in a performance outbreak. In addition, Alibaba Entertainment has always been unable to support Alibaba within Ali. The revenue growth rate in the first quarter was only 5%, which was the smallest contribution to the overall finance of Ali’s independent business segment.

In addition to the slowdown in growth, another big problem for Ali is the sharp decline in earnings.

We compare Ali’s net profit in the past five quarters and we know how bad the first quarter is. 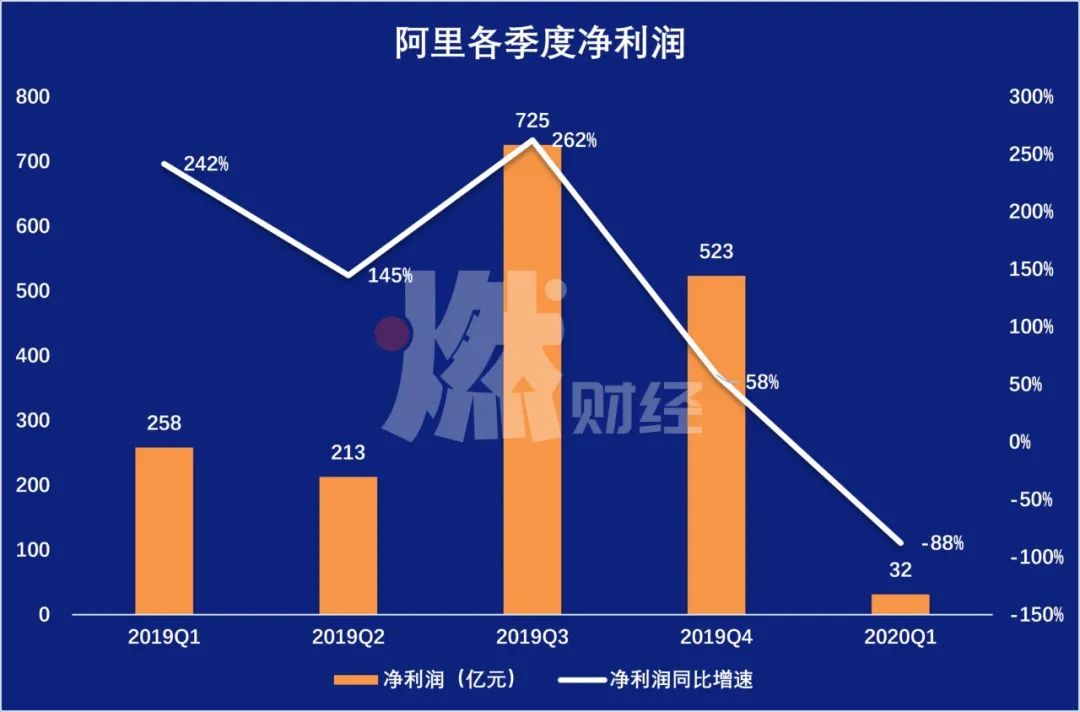 The problem is investment. In the past, Ali voted a company in various fields. Most of the money invested was recorded in Ali’s accounts in the form of “fair value”. If the valuation or market value of these companies rises, Ali will earn more, otherwise Ali will accrue losses. The global stock market plummeted in the first quarter, and Ali Investment suffered a huge loss. The net profit of more than 20 billion yuan was offset by 3.2 billion yuan.

Overall, although it seems that the performance hit a new low, Ali’s revenue is still higher than market expectations.

The financial report of Pinduoduo is fragmented.

But the problem is also very sharp, with a net loss of 4.12 billion yuan, which also greatly exceeded expectations. Pinduoduo has been losing money since its establishment. Analysts gave a loss estimate of 2.99 billion yuan in the first quarter, but did not expect to actually exceed 38% and created a history of Pinduoduo (excluding the book losses caused by equity incentives in the second quarter of 2018 ) The biggest quarterly loss. 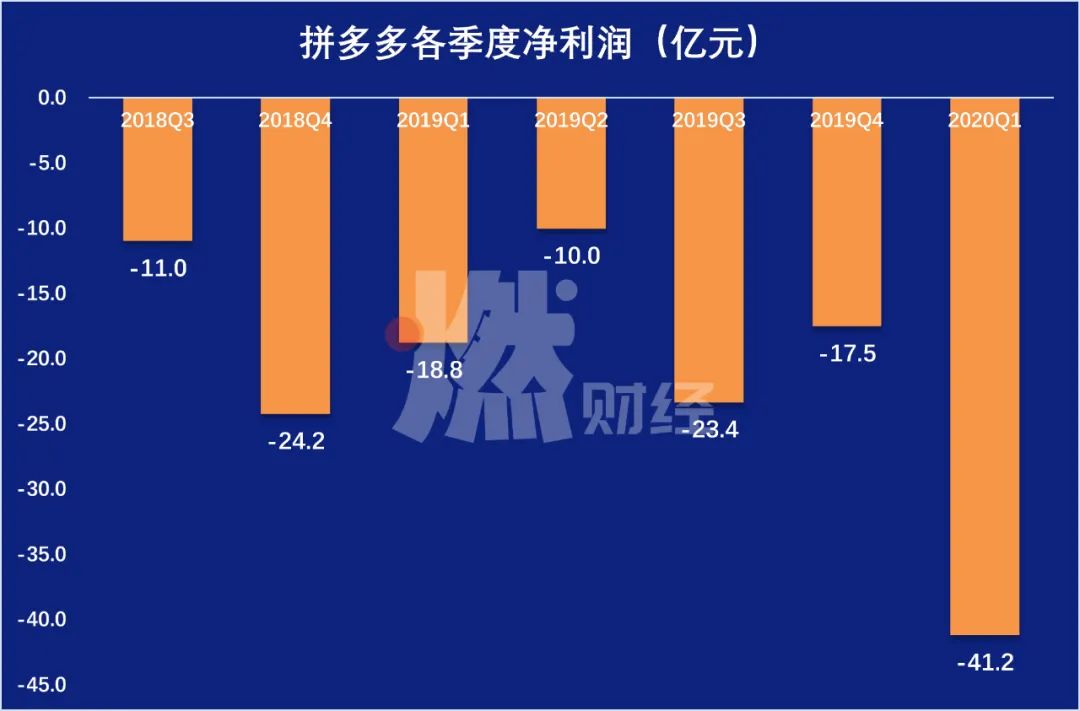 This split can be seen in the changes in stock prices. Ten minutes after the financial report was released, Pinduoduo’s stock price rose 7% before the market, but after half an hour, the stock price changed from rising to falling, with a decline of 4%. After the opening of the stock price continued to fluctuate, and finally the market sentiment was unified, closing up 14.5% that day.

All make money, but the posture to make money is different

How did the epidemic affect these two companies?

If we dismantle Ali, the Big Mac, we will find that although Ali ’s business is complex, known as the “digital economy”, in fact, its core is still the e-commerce business of Taobao + Tmall. This piece contributed more than 60% of revenue to Ali.

The most common and routine way to get revenue is to use commissions and collect advertising fees. Merchants sell goods on Taobao or Tmall. For every transaction, they have to deliver about 5% (common) deductions to the platform. In addition, in order to get more traffic, merchants also need to buy advertising spaces, bid rankings, and brush orders.

In the first quarter, Ali ’s advertising marketing revenue was 30.9 billion yuan, accounting for 27% of total revenue, and it was Ali ’s largest source of income. But compared with the previous quarters, this ratio is actually not high. Last quarter, this figure was 38%. This means that during the epidemic, merchants reduced their advertising or reduced their marketing budgets, which affected the realization of Ali ’s traffic. 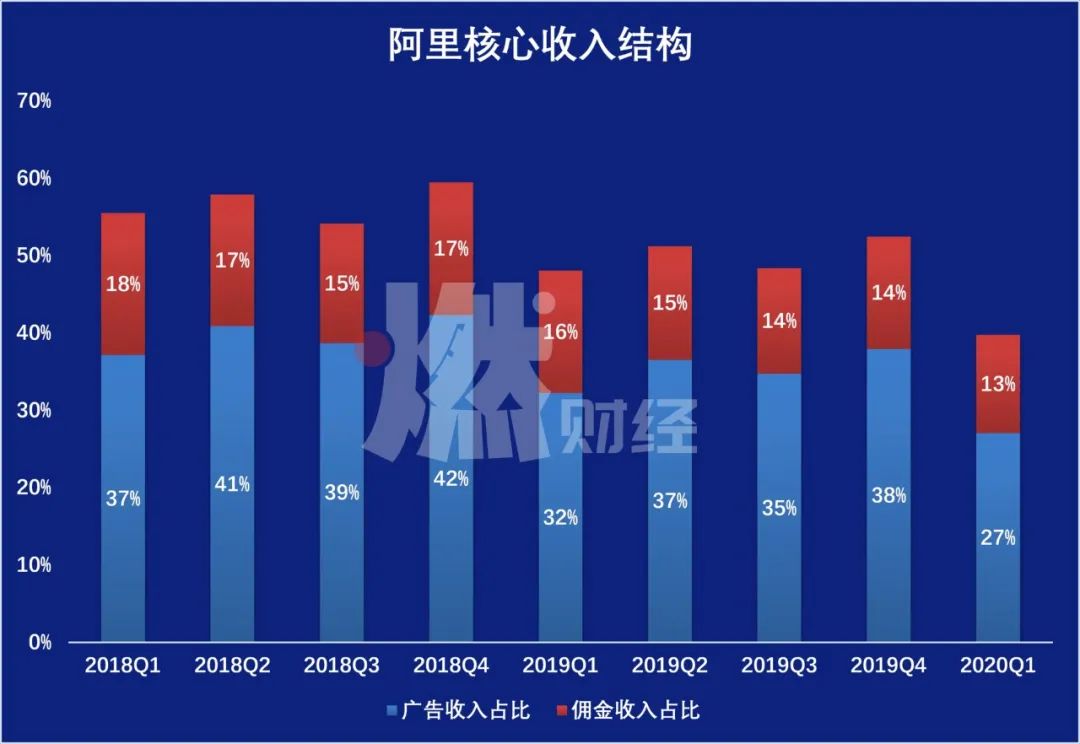