Dong Mingzhu, the “Internet celebrity” entrepreneur, brought in live sales for the fourth time with more than 5 billion yuan. 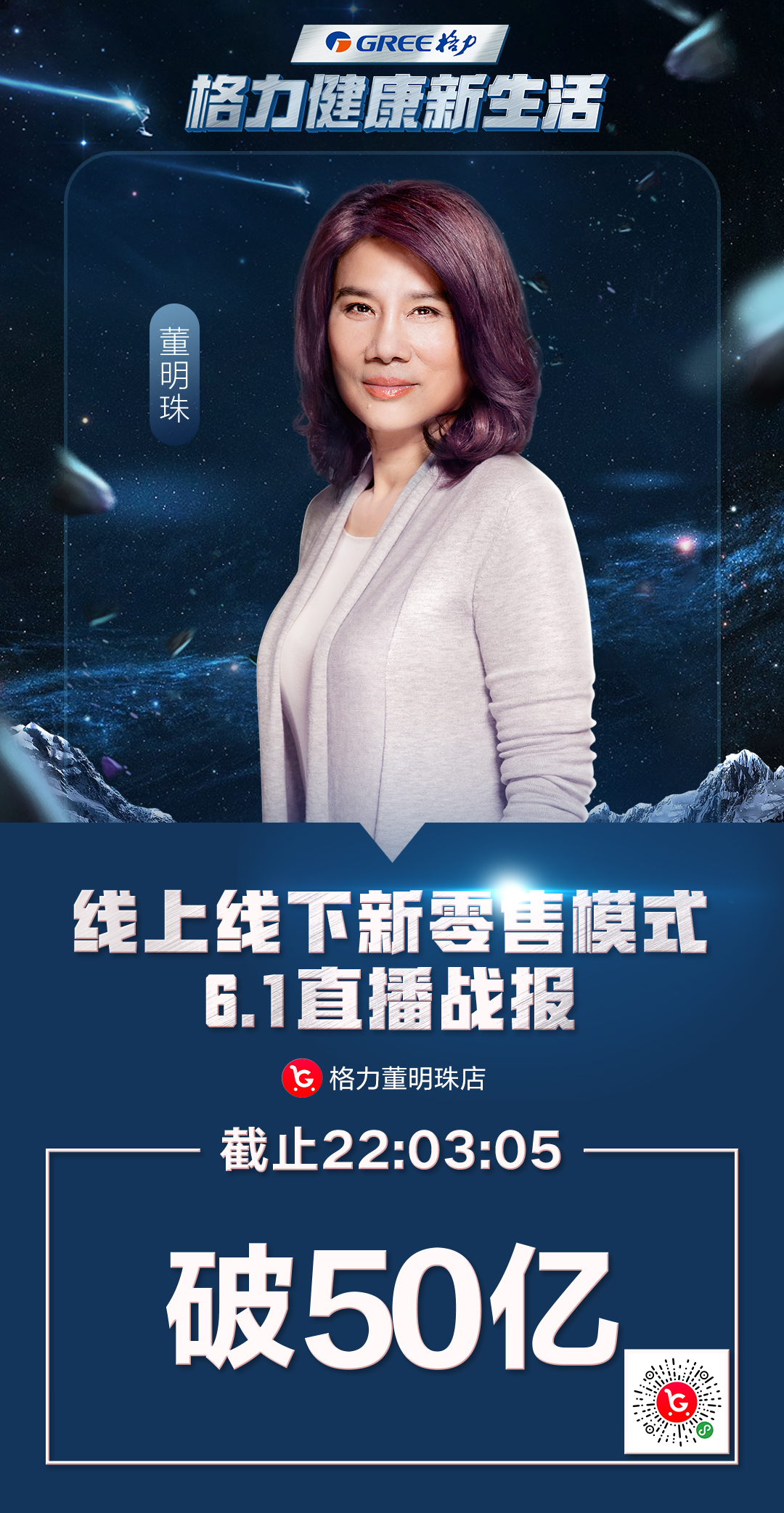 On June 1, Dong Mingzhu, chairman of Gree Electric, once again brought live broadcasts of goods. Unlike the previous few times, Dong Mingzhu ’s live broadcast brought 30,000 offline stores. In the evening of the day, Gree Electric disclosed the sales performance of online sales for the day, from the morning of June 1 to 22:03 in the evening, Gree ’s own e-commerce channel plus The dealer’s channel turnover totaled 5 billion yuan. Obviously, whether it is the number of participants in live broadcasts or the statistical method of sales, Dong Mingzhu ’s linked live broadcast is in collaboration with ordinary entrepreneurs and Internet celebrity anchors. Goods are not a concept. According to the surging news reporters, there were 30,000 distributors participating on the day, and the products of all distributors were promoted in the same intensity and the prices were uniform. According to Dong Mingzhu, through the large-scale live broadcast of the day, Gree Electric officially opened a new era of retail. In the afternoon of June 1, Dong Mingzhu attended the Gree Electric Shareholders ’Meeting. Dong Mingzhu talked about channel transformation at the shareholders meeting, saying that he would not put dozens of products as in the past. , Orders can be placed online, so you can make the best use of the supply. “Our offline 30,000 stores can become 30,000 warehouses, opening an era of new retail. The new retail is unstoppable and no one can hinder it.” Dong Mingzhu According to this live broadcast, due to too many orders, the production reserve may be insufficient, and consumers may not be able to get products immediately after placing orders. Dong Mingzhu also revealed that the following “Dong Mingzhu Live Room” will also be launched, “This decision has been made, the place has been selected, and will be passed on in the live room Gree’s understanding of manufacturing. Today I saw that 30,000 offline stores, the dealers responded quickly, and the sales volume was very good. Some dealers who are still looking forward to the future, the sales volume isNot so good. ” At the shareholders meeting, talking about the feeling of live broadcasting, Dong Mingzhu said,“ My feeling is that the more you sell, the happier you are. Dong Mingzhu admitted that the first live broadcast rollover was mainly due to insufficient preparation in terms of hardware. The second time it sold more than 300 million yuan; the third game sold more than 700 million yuan; today this, as of now has exceeded 10 100 million (sold 1 billion in the morning). We are especially grateful for the support of the Zhuhai municipal government for this live broadcast today, allowing us to make greater profits to consumers. Innovation is the vitality of the enterprise, and it can support 90,000 of Gree Employees. We now feel that products are in short supply and there are not enough staff, and we may continue to recruit workers. Gree Electric has 30,000 offline distributors, these offline distributors in the past In the past two decades, it has made great contributions to Gree air conditioners occupying the market. Nowadays, these dealers have troubled Gree how to transform in the new era. However, from the perspective of Dong Mingzhu, Gree does not intend to give up offline dealers, but instead As they engage in live broadcasting, they will transform offline stores into experience stores.