On June 23, 2020, a Chang-3B carrier rocket was successfully ignited and lifted off at the Xichang Satellite Launch Center.

After nearly 26 minutes of flight and attitude adjustment, the navigation satellite located in the top instrument module was sent into the predetermined orbit, and the constellation deployment of the Beidou global satellite navigation system was successfully completed.

This is the last global networking satellite of Beidou-3. On July 29, Beidou officially announced that the satellite had completed in-orbit testing and officially entered the network.

What exactly does the Beidou system mean? How difficult is accurate positioning to cover the world?

The technology that uses satellites to achieve navigation and positioning is called GNSS (Global Navigation Satellite System). Today, there are mainly GPS in the United States, Glonass in Russia, Galileo in the European Union, and BeiDou in China.

Building such a satellite navigation system that can cover the world is not easy.

In fact, Beidou has launched a total of 59 satellites in 26 years. Excluding the decommissioning, failure and testing, 45 satellites are in orbit normally, more than the other three systems.

In addition, the constellation structure of Beidou is also different.

The satellites of GPS, GLONASS, and Galileo are basically in medium-circular earth orbits with an altitude of about 20,000 kilometers. Projected on the earth is this wave-like trajectory. Satellites cover different areas in time periods, and multiple satellites surround the world.

More satellites and orbit types have enhanced Beidou’s coverage of the world, especially the eastern hemisphere.

These two pictures are the trajectories of Beidou and GPS satellites in service.

So these satellites areHow to achieve global positioning?

When you are at a certain location on the earth, holding a device that can receive satellite signals, such as a mobile phone, and satellites are flying in the sky, you want to ask for your coordinates x, y, and z in space. The key is Measure the distance S between the satellite and you.

You only need to find the diagonal length of the cube according to the Pythagorean theorem, and you can use this formula to express the distance S between the satellite and you.

The calculation of this time and distance actually depends on the ranging code.

But the sending process takes time, so when the mobile phone receives the ranging code sent by the satellite, it will find an offset from the ranging code generated by itself, which is the electromagnetic wave propagation time.

Take the B1C signal of Beidou as an example, the ranging code rate is 1.023 Mbps, and the width of a single chip is the reciprocal of the rate, that is, 0.977517 μs. When offset by 120,000 chips, the electromagnetic wave propagation time is about 0.117 seconds, and the calculated distance is about 35,166 kilometers.

If you know the distance, you can get this equation. The three unknowns x, y, and z still cannot be solved. But as long as there are 3 satellites, you can list 3 equations to form a system of equations, and then find your coordinates x, y, z.

It seems easy and simple, however, it is impossible to get such coordinates.

Because even the smallest error in any of the parameters will cause the positioning to be greatly offset, such as the propagation time of electromagnetic waves, as long as the error is 0.000001 seconds, the calculated distance will change by 300 meters.

In order to reduce this error, we must first consider the accuracy of the clock on the satellite.

Today, the atomic clock carried on the Beidou satellite has an accuracy of 3 million years and is only one second away, but it will suffer from the relativity effect when operating in space.

To put it simply, according to the special theory of relativity, if a satellite moves fast relative to the ground, the time to observe the satellite from the ground will slow down.

According to the general theory of relativity, satellites are farther from the center of the earth than the ground, have a smaller absolute value of gravitational potential energy, and time will be faster than the ground. 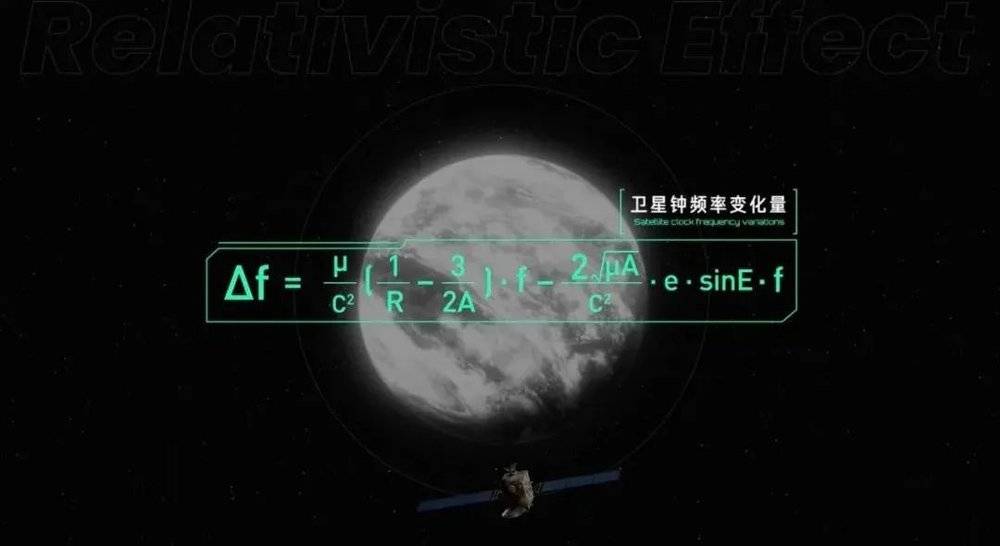 So how can we eliminate this amount of change?

The first half of the formula can be calculated by numerical calculations such as the gravity constant μ and the speed of light c. Assuming that the satellite is moving in a circular orbit with a distance of 36,000 kilometers from the center of the earth, the time on the satellite will be 0.000 000 000 51 seconds faster than the ground per second.

To eliminate this part of the variation, you can lower the frequency of the atomic clock on the satellite by a certain multiple before the satellite is launched to make it go slower.

But the actual orbit of the satellite is actually an ellipse, and the changes caused by the relativistic effect will have periodic changes, mainly in the second half of the formula.

Of course, this can also be corrected in real time by calculating the orbital eccentricity, semi-major axis, off-anchor angle and other parameters.

But this is not enough. The atomic clock itself still has errors when it is running without maintenance. There are also errors in the calculation of satellite coordinates. The speed of electromagnetic waves affected by the ionosphere and troposphere will change when they propagate in the atmosphere.

But don’t worry, there are various mathematical models that can calculate these errors.

However, there is another troublesome error, which is the time error of the ground receiver. Devices such as mobile phones have errors due to various reasons, and it is difficult to calculate and correct the error directly.

We can also set this error as an unknown quantity, introduce the fourth satellite, and get four equations to find the four unknown quantities of the receiver’s time error and coordinates, and then more accurately determine your position.

The application of this technical strength has been seen everywhere in contemporary life. From dam monitoring, power communication, precision agriculture, to buses, shared bicycles, and mobile phones, you canSaw the figure of Beidou.

And in this process of using satellites to achieve global positioning, countless scientists and engineers must compare the errors.

So when you look up at the sky, don’t forget that in addition to the Seven Stars, there are 45 satellites floating in the sky above tens of thousands of kilometers, letting you know where you are and where you are going.