For Weibo at this stage, it may be inseparable from Fanquan.

Although a few days later, TencentWeibo will The official suspension of operations and services also marked the end of this decade-long Weibo track battle with the victory of Sina Weibo (hereinafter referred to as Weibo).

But Weibo may not be happy because of the exit of its competitors. In fact, it can be called troublesome now. According to relevant information a few days ago, in the special rectification of the Internet environment for minors in the 2020 “Clearness” summer vacation carried out by the State Cyberspace Administration of China, the problem of “Guiding minors to chase stars without a bottom line and tear each other’s rice circles” appeared on Weibo . 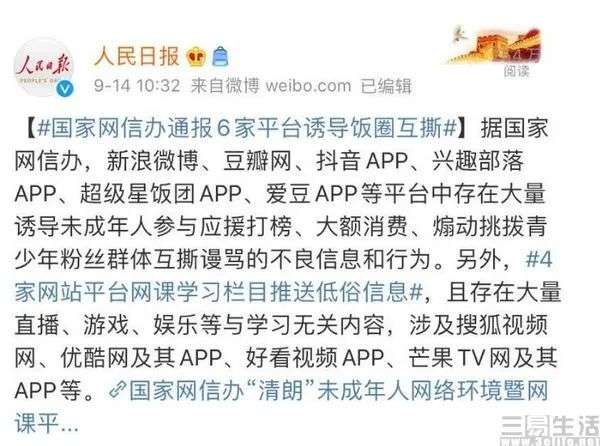 In fact, it is not difficult for the outside world to see that Weibo is improving one by one with regard to issues related to the huge user response. For example, the customized hot search list that has been launched has turned the previously combined hot search into a block mode that divides different user groups. A few days ago, there was news that Weibo will continue to improve the super call and start the internal test of the “closed super call” function.

It is reported that closed super talk is a type of super talk that is only visible to fans. New members need to get the approval of the moderator to follow the topic. After the approval is passed, the content in the super talk can be viewed. According to the closed chat creation rules published on Weibo, it is the trial operation stage before the closed chat is approved. During this stage, users will not be able to apply for the host certification and fan master certification. If the closed chat name is a public interest word Will be set to a normal public superThen, all the current moderator’s permissions will be revoked. 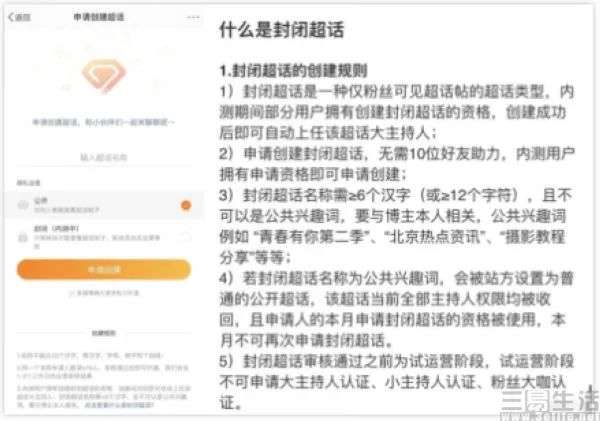 In fact, Weibo’s super words are essentially the extension and expansion of tag functions. In today’s era of information explosion, a large number of diversified content has occupied the field of vision of a large number of users, and at the same time, accurate acquisition of information has become more complicated and cumbersome, which naturally greatly increases the opportunity cost of users.

The existence of tags reduces the time cost for users to search, and can classify and integrate different information, which can help users filter out the content of real interest from a series of keywords. Therefore, for content creators, Weibo Chaohuan is a form of effective core generalization and content sorting, and it is also a powerful weapon to trigger dissemination; for users, Chaohuan is a simple and reliable retrieval method, and it is also Able to gather users with the same attributes and establish a bond between these users.

As an upgraded version of the label, Chaohua relies on a series of stricter rules to gather users with common interests and perform actions such as sign-in, post, and interaction, so it is naturally formed A closed loop. And this method of building a “small circle” on the basis of the overall microblog environment is actually a “legacy” of BBS back then. And compared to the hot search with stronger public attributes, Chaohua can be said to be the key to the realization of “people divided by groups” on Weibo. 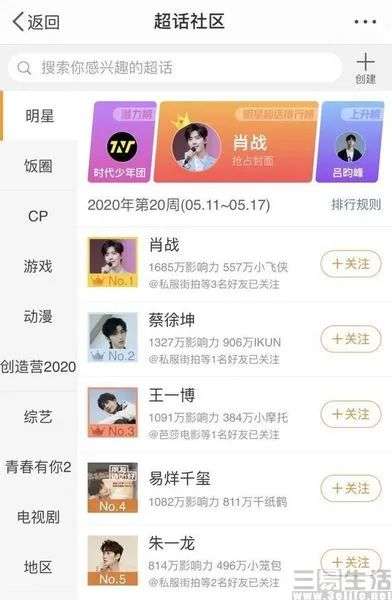 Just like the upgrade of monsters in online games, the data that fans care about in every Super Talk is the acquisition of Super Talk level and experience points. As for Weibo, the super chat that emerged in the fan circle is undoubtedly an important source of ensuring community traffic. At the same time, even if the user does not click to enter the specific Chaohuan, he can also scan the following Chaohuan content recommendation in the Weibo information stream, and its suffix is ​​”from xx Chaohua”, so this also makes Chaohua both condensed Flow is the lubricant that connects the public opinion field.

Although Chaohua is good for Weibo, its too strong atmosphere may make ordinary users feel uncomfortable. Therefore, some people believe that Chaohua may be the base camp of Fanquan on Weibo. In the opinion of many people in the industry, after being named and notified by the regulatory authorities, Weibo did not choose a one-size-fits-all approach. Instead, it started a closed beta test of Chaohua, hoping to solve the “mutual tearing behavior of the rice ring” and share a cup from the rice ring. Seek a balance in the soup.

As an important source of Weibo traffic and the basis for cultivating core users, Chaohua is the same as the hot search as a commercial tool. It is obviously that Weibo is unwilling to abandon it anyway. However, looking at the confrontation between the past many times, it is not difficult to find that the stage of the battle is Chaohua, and in order to compete for the host of Chaohua, the two sides of the battle are even more powerful. 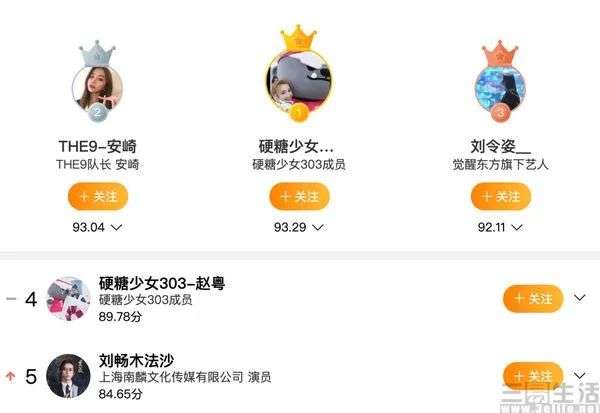 Therefore, the current choice of Weibo is to build a high wall between Chaohua and artificially separate the fans of each star. And this method is also considered by the outside world, or Weibo is trying to divide the platform into a public square recognized by ordinary users, and the other part is reserved for the fan circle, and the official obviously has not thought about it from beginning to end. Cut the rice ring completely.

In the experience of Sina Weibo along the way, it defeated many competitors such as Sohu Weibo, Netease Weibo, and Tencent Weibo, and made it to the Nasdaq stage. Unfortunately, after dying many competitors on the same track, Weibo has not only failed to reach the point of being defeated by Dugu, but on the contrary appears to be dwarfed by the wave of short videos.

Starting entertainment in 2015Leying sales model, Weibo has become a mutual achievement with traffic stars and fans After all, looking at the major user groups, the purchasing power, traffic, and tap water effect are the masters of the idol fans. And operations like launching satellites and naming planets, it is not difficult to find fans as idols. There are almost everywhere examples of financial support.

So in the following two years of 2016 and 2017, Weibo’s net profit has soared at a rate of more than 200%. But there is undoubtedly an end to growth, and now the fan circle is no longer enthusiastic. The most typical example is that fans of a well-known traffic star deliberately buy products endorsed by the star in batches in order to prove the commercial value of their idols through sales. Return the goods after purchase.

However, in the absence of new growth points, what Weibo needs to pay close attention to is, naturally, advertising and marketing income, which accounts for close to 90% of total revenue, is mainly based on pan-entertainment content. At the same time, efforts are needed. Maintain its existing model of collecting tickets from fans and collecting commissions from brands that it has built over the years. 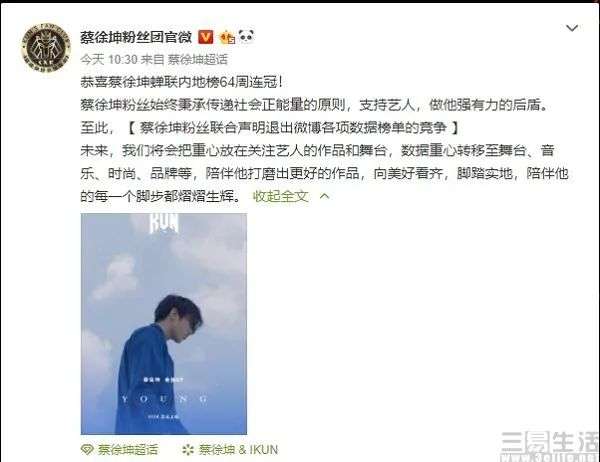 Some people in the industry believe that Fanquan, as a representative product of the entertainment industry, has been very closely tied to the over-entertainment Weibo, and it may be no different from Weibo to rectify and even cut it with Fanquan. Bo’s life. Therefore, for Weibo, which still needs a fan circle at this stage, it is only possible to create obstacles artificially so that the fan circle, which has been in the public eye before, can return to the state of a small circle.

Of course, as a space for users to express, Create a platform to participate in the discussion of social public topics, Weibo, which can stand firm in the competition of social platforms, obviously will not give up different from such as Jinyi the advantages of the short video platform. Nowadays, Weibo, as the most influential social platform in the domestic market, this customized hot search and closed over-talking operation is considered by the outside world to call out “I want it all” without any scruples. I want to maintain the advantages of the national public topic square, and I also hope to continue to get a share of the fan economy in the fan circle. 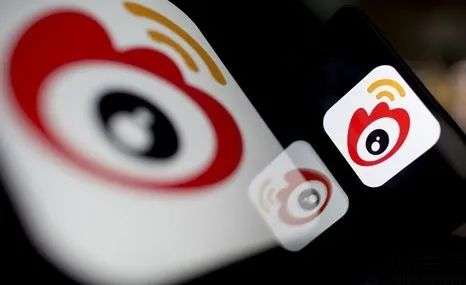 But if I want to use the fan circle for my use, but also not let the enthusiastic fans back the platform, whether this tightrope can go well on Weibo, only time can give the answer.