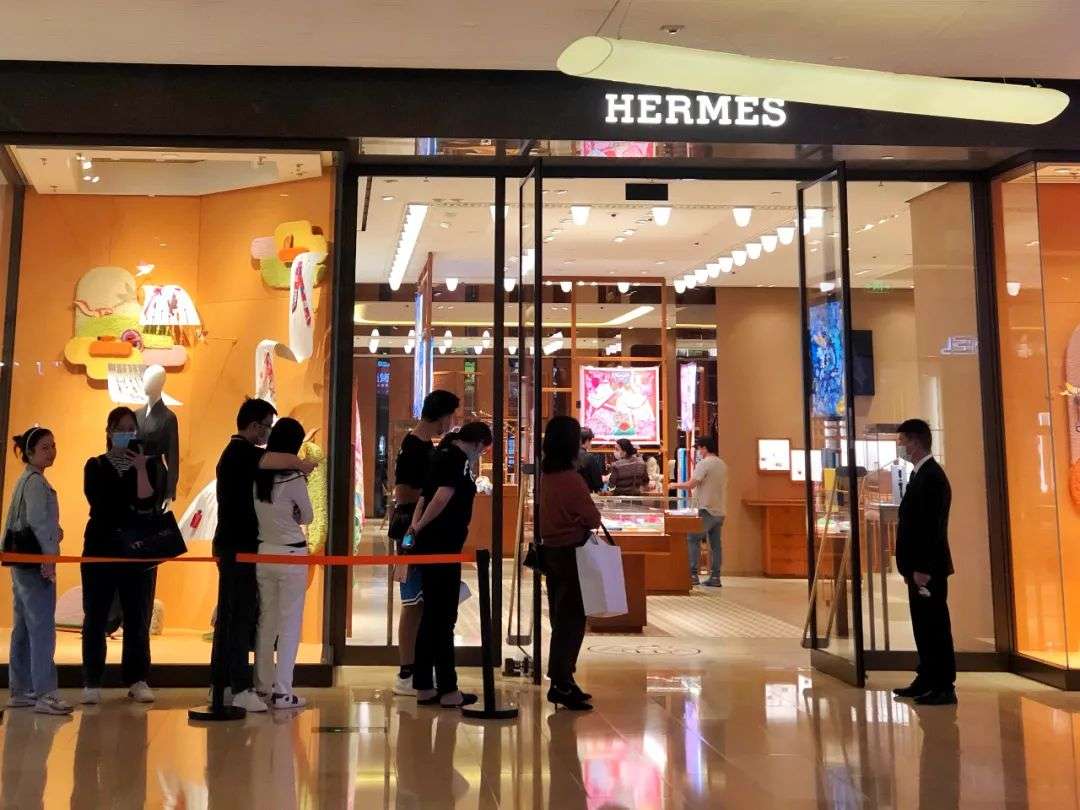 Three-quarters of 2020 has passed, and the darkest period of the global luxury fashion industry may be coming to an end.

According to the Fashion Business News,

Thanks to the strong rebound in Mainland China, South Korea and Australia, Hermès surged more than 29% in the third quarter to 810 million euros in the Asia-Pacific market except Japan, and increased 3.6% to 1.994 billion euros in the first nine months;< /p>

Hermes CEO Axel Dumas said that although the epidemic is still not over, as most markets around the world gradually recover, consumer interest in platinum bags and other products is regaining, and brand performance is slowly picking up. Leather goods in the third quarter Business income has recorded an 8% increase.

The latest report of luxury handbag dealer Rebag also shows that as the most valuable brand of luxury handbags, Hermes platinum bags, which money can not necessarily buy, hold the most value in the second-hand resale market, and the average price remains at its value. About 80% of the total value, the average hedging rate of Chanel and Louis Vuitton is 63%, and Dior and Bottega Veneta will be between 2019 and 2020.The fastest growth rate was from 43% to 56% and 28% to 38%.

In the most promising Chinese market, not only platinum bags, but also Kelly, Herbag and other bags are also highly sought after. Many consumers guard the official website every day, and once a suitable scarce handbag appears, they will not hesitate to place an order. According to sources quoted by Fashion Business Express, the sales of Hermès Taikoo Hui flagship store in Guangzhou on the opening day of April 11 was as high as 19 million yuan, a record high for the first day of opening of new stores across the country, especially the introduction of Himalayan and diamond buckle crocodile. Ultra-limited handbags were quickly bought.

Another analysis pointed out that the selling of Apple Watch has also stimulated the growth of Hermès watch business to a certain extent. Since the outbreak of the epidemic, the brand’s watch business has performed the most stable. According to the latest data from Strategy Analytics based on industry reports and Apple’s financial reports, Apple Watch shipped 30.7 million units last year, far exceeding the Swiss watch industry’s 21.1 million units shipped during the same period. At 1 am on September 16, Beijing time, Hermès became the only luxury brand to appear at Apple’s annual autumn new product launch.

It is worth noting that Hermès mentioned the lipstick products launched earlier this year for the first time in the third fiscal quarter report. Although no specific data was given, the brand said that the lipstick series products have maintained a good sales performance after the launch. . However, the industry still has doubts about this. Affected by relevant policies, Hermès lipstick has not been able to land in the Chinese mainland market.

Since handbags are still the mainstay supporting Hermès, Axel Dumas stated that Hermès will continue to improve productivity, adding Quick release Bureau of the French local supply chain to meet the growing market demand. Based on the existing 20 leather workshops in France, Hermès has decided to add two new leather workshops in Normandy and Auvergne, which are expected to be put into use in 2023, and 250 new jobs will be created by then, the first batch Craftsmen will start training in Riom’s temporary workshop in November.

At the same time, Hermès has also accelerated its expansion of its store footprint from August, opening new stores in Tokyo, Osaka, Moscow, Dalian, Madrid, Stockholm and other regions in less than two months.Officially launched the Arab online market and launched e-commerce services to reach more potential consumers.

It is certain that Hermès, holding the trump card of “Platinum Bag”, has become the most stable luxury giant this year, and the wealth of the Hermès family has also been protected. According to Bloomberg News, the outbreak of the epidemic did not have much impact on the 25 richest families in the world. In 2020, their total net assets have stabilized at 1.4 trillion U.S. dollars. The Hermes family ranked sixth with a fortune of 63.9 billion U.S. dollars. More than the Wertheimer family who owns Chanel.

And The strongest standing in the storm, this “horse” has no end in sight Dream World still has a long way to go.

After the financial report was released, Hermès’ stock price rose 1.52% to 812.6 euros at the opening. It has risen by nearly 20% since this year, and its market value reached 85 billion euros, a record high.