Bitcoin, a currency that has only been produced for 12 years, is becoming more and more crazy.

It is the first encrypted digital currency. In 2008, the geek Satoshi Nakamoto proposed this concept, and it was officially released on January 3, 2009.

It has the basic attributes of currency: it can trade, save, and it can exist as a measure of value.

But the difference from the legal tender of various countries is that it is not issued by a specific currency institution, but based on algorithms.

It is different from the current legal currency in form, use and transaction methods, and the quantity is limited, which is scarce. This makes many people consider not only its currency attributes, but also its investment attributes when buying Bitcoin.

In the first month of 2021, Bitcoin ushered in a rapid rise. On January 9th, Bitcoin rose to nearly 41,000 U.S. dollars, and its market value exceeded Facebook, which exceeded 765.4 billion U.S. dollars. Compared with its initial use as currency, the price has risen more than 12 million times.

But Bitcoin will not continue to rise. On the eve of the publication of this manuscript, Bitcoin plummeted, with close to 10 billion liquidation in 24 hours, and 180,000 people became victims of liquidation.

This microscopy story tells a group of people who bought Bitcoin, among them:

Some people buy bitcoins because they feel that things are scarce and expensive. When others buy them, they follow suit. They did not expect to earn 5 more years of salary because of bitcoin;

Some people are interested in technological innovation because of watching American TV series and are willing to invest in the value of Bitcoin’s lower-level blockchain technology. She looks at Bitcoin from the perspective of an early equity investor and thinks that it has a promising future; < /p>

Some people use a valuation model to value Bitcoin and think it is a perfect investment. In addition to a car and living expenses, 99% of the assets are invested in Bitcoin;

Here is the true story about them:

Buying coins allows me to buy a car, buy a house to improve my life

‍In 2018, I joined a domestic digital currency exchange. At that time, in order to familiarize myself with the entire exchange process, I started speculating on coins, but I didn’t expect to make much money with coins.

In the early days, I played the most air currency (a virtual currency without physical project support).

Many popular air coins, when they are listed on the exchange, the price will be high by some people. It may be an oolong finger (stock traders, traders, investors, etc.) accidentally type the wrong price, quantity, Information such as buying and selling direction), it may also be that the buyer’s enthusiasm in the market is too high.

When I made the most money, I used 7 yuan in a private equity account, and I picked up more than 300,000 yuan in chips. However, the project team ran away and only made ten or twenty thousand in the end.

In April 2019, I started playing Bitcoin with a heavy stock. At that time, the owner of our exchange, after learning about it, went to my desk and said excitedly, “You must try contract trading.”

This time the contract allowed me to accumulate the principal. Later, I successively bought in through the contract and cash, accumulating a certain amount of Bitcoin.

But the process of investing in Bitcoin has not been smooth sailing.

At that time, I was in a bad state of mind for several days in a row, and I was in danger of being almost completely sold out. I am scared to think about it now.

At that time, the price of Bitcoin fell to the bottom, but out of prudent consideration, I did not dare to buy the bottom, and of course I did not sell it.

I have done some swings before. In October 2020, the price of Bitcoin was basically sideways and adjusted back and forth between $10,000 and $11,000. I originally wanted to do some swings and make a little

I have earned 5 years of salary with Bitcoin

Everything I bought is increasing, and its price comes from everyone’s consensus

I knew about Bitcoin as early as seven years ago, but I was not very interested in it at first, I just thought it was a scam.

In 2017, my wife started working on digital currency related work. It just so happened that Bitcoin also ushered in a bull market at that time. The people in my wife’s company were following the trend and I also invested tens of thousands of dollars to buy Bitcoin with the venture.

My wife and I are very afraid of risks. They didn’t touch the contract or leverage, and only dared to take the spot of Bitcoin. In that bull market, especially when the end of December is near the peak, Bitcoin can rise by 10-20% in a day.

However, after reaching its peak, Bitcoin quickly fell to $3,000. Because we’re not sure if it can rise back, we didn’t sell it, and didn’t continue to buy it. Now it is considered to be short.

Several colleagues of my wife were optimistic about the rise of Bitcoin during that time and bought a lot. In the next few months, Bitcoin rose to $13,900, and they made a lot of money. 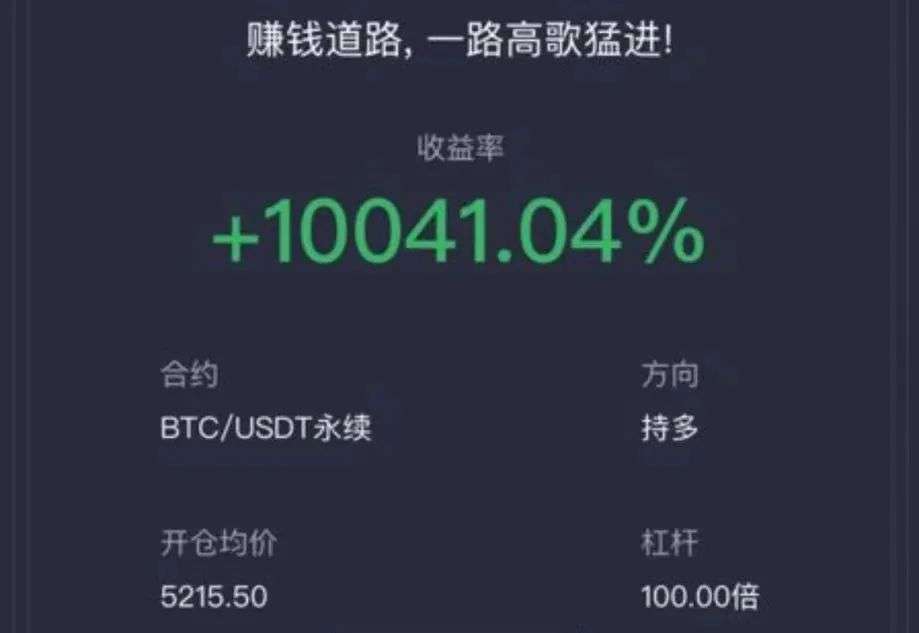 There was a classmate who had just graduated for one or two years and had been on a contract. In that year, he made tens of millions of dollars.

With the success stories of these people, I am willing to think about Bitcoin. Why does it rise?

I used to think that Bitcoin is “air”. People usually buy stocks and funds, which are linked to company performance, but Bitcoin does not have an entity that can be evaluated.

Its price is a consensus. We think it is valuable, and its price will gradually increase.

These explanations continue to strengthen. More people know Bitcoin and want to buy Bitcoin, plusWith inflation, the price of Bitcoin is getting higher and higher, and these explanations are further self-reinforcing.

According to the current trend, these explanations cannot be falsified. This is the core of its rise.

Bitcoin is very similar to the Dutch tulip that was popular before. It is precisely because the players have a consensus that the price will rise.

But the difference is: Tulips can be produced continuously and in large quantities. When the supply increases, tulips will become less and less valuable.

The number of new bitcoins is decreasing.

On the demand side, more and more people want to buy Bitcoin. Now that there are exchanges and e-wallets, it is getting easier for everyone to buy Bitcoin, and the purchase demand can be further stimulated.

For example, there are some trust funds in the United States that use retail money to help buy bitcoins, and they can collect 500 million US dollars in commissions every year.

They don’t need to do any research, they can make 500 million US dollars every year, how good this money is!

After the price of Bitcoin rises, everyone will be more optimistic about the future of Bitcoin and be determined to hold it firmly, so that the consensus will become more and more cohesive, and it will condense faster and faster.

In March 2020, due to the epidemic, the price of Bitcoin dropped rapidly.

At that time, we didn’t hesitate to get started right away. On average, the average price of buying Bitcoin was less than $4,000 at that time, but the money earned was equivalent to my 5-year salary.

In the future, I am still optimistic about Bitcoin. Under normal circumstances, I will not give up holding it, unless the family needs a large amount of expenditure, such as buying a house, which may sell part of it.

Bitcoin’s current rise and price are already risky. If I were to spend more than 200,000 yuan to buy a bitcoin, I would still have a guilty conscience.

But I think if the family has money, it can be configuredOne or more bitcoins as a household investment. In the future, I think the price of Bitcoin will get higher and higher, and getting in the car will only get harder.