The value of the product manager is greatly reflected here.

A few days ago, everyone had eaten the melons of PDD. The former employee was picked up by his old boss to record the speech in the anonymous community “Maimai”, and the ID, content and publication time were all hammered out.

As for how PDD got these data, we don’t YY, and now most of the guesses on the Internet.

Subsequently, “Maimai” also issued an announcement saying that he certainly did not leak user data. Even their CEO complained in the circle of friends and offended many investors and CEOs.

But outside of this matter, I noticed a product detail of “Maimai”, which is the “ID” followed by the user’s name in the anonymous community.

A small feature has big logic behind it.

Under normal circumstances, this is what the user sees from the first point of view.

Pay attention to the ID tag.

Visually, it is not clickable. But in fact, after you click on that area, it will expand to show a specific ID number.

It is through this ID that a series of speeches of that PDD employee are linked together.

To be honest, I have used “professional language” for a long time. I used to eat a melon occasionally when I was paid to shit, but I never noticed this detail.

Someone may ask, why is an ID so hidden?

Indeed, I didn’t really want to understand it at first. Since it is an anonymous community, isn’t this ID unnecessary? Besides, what is the purpose of making it so hidden in design?

For this, I discussed with some friends who make products and checked some information. Not to mention, they did this for a reason.

The questions raised above are related to the product positioning of “Shi Yan”.

“JobThe predecessor of Yan is the anonymous community of Maimai. In 2018, due to regulatory violations, it was required to go offline for rectification.

After the rectification was completed, the “Professional Words” was now online, and two more changes followed.

First talk about the product logic of this ID.

This anonymous ID is not actually the user’s real ID. In other words, through this ID, it is impossible to find out who the real person behind it is on the product.

Be aware that the end of the completely anonymous community product “No Secret” is to be removed and permanently closed.

So, this anonymous ID is not for users to see, but for supervision.

In this case, of course, as much as possible to deal with the design, this is the result. What I didn’t expect was that this also became a clue to the company’s internal arrest.

Let’s talk about the company’s logic of authentication anonymous products.

Now in Maimai’s anonymous community, we can see some speeches with a certain company’s certification logo, but the speakers are still anonymous.

This design actually originated from the “Maimai” real-name authentication mechanism. As long as you have a real name, you can speak with a mask, which not only improves the credibility of the spokesperson, but also meets the regulatory requirements. 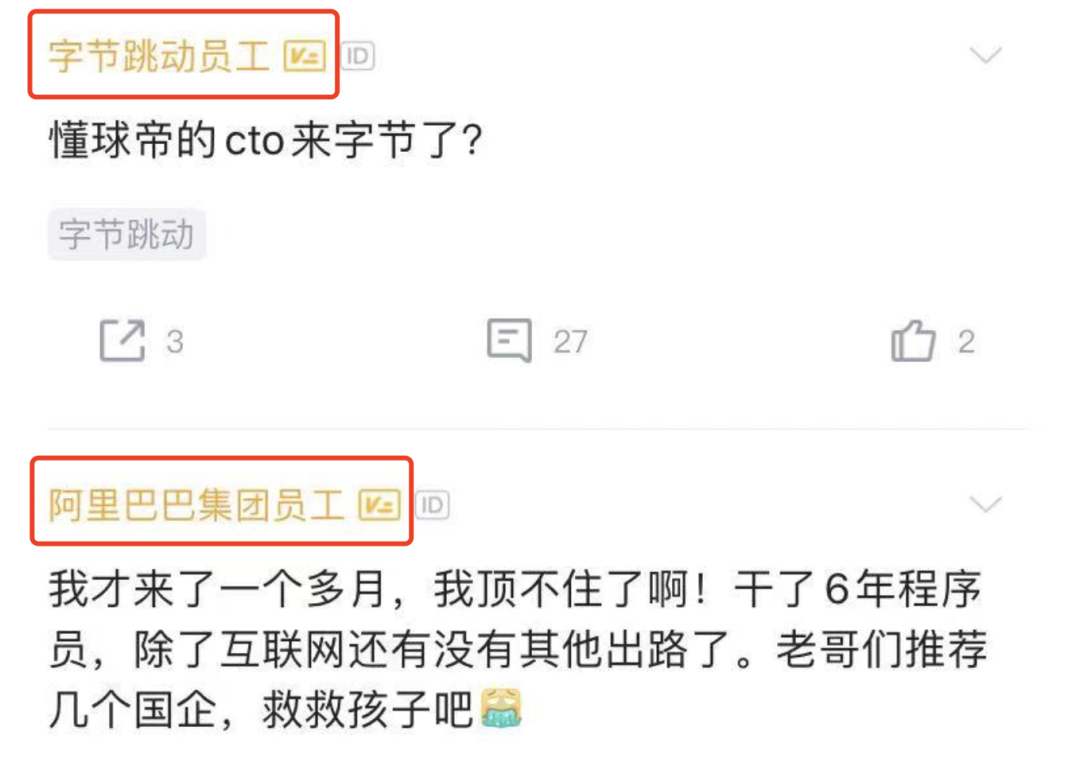 This scene is like employees of different companies wearing their own company’s logo masks to participate in a masquerade party and talk to each other, but no one knows who the other party is.

So you see, the activeness of the “Zhiyan” community is particularly high now, and it seems that it has become a gathering place for people who eat melon on the Internet and the first place for gossip.

Anonymity is anonymous, but it is not completely undocumented. If you want to find out who posted an anonymous comment, there are two paths.

The first path is to issue a record query through the client, which can correspond to the content or match the ID.

In my opinion, this is the main reason for the regulatory approval of this plan.

The second path, of course, is to query the “Maimai” database.

The user has two IDs in the database, one is the ID corresponding to the registered identity, and the other is the anonymous ID wearing a vest.

In terms of technical implementation, these two IDs are related. If you want to check, you can definitely find them.

Although Maimai officially stated that they used an asymmetric encryption algorithm to protect user identities, they still have the final say on the specific algorithm and how the public and private keys are stored.

After all, users have no sense of private keys.

So, the power and the key are in the hands of “Maimai”, which kind of means to set the rules and be the referee.

Of course, the official will definitely say that user information and data are fully protected. But how to do it depends entirely on their values ​​and management capabilities.

Back to the previous question, why is this product detail valuable?

First, it meets the regulatory requirements and avoids the risk of permanent closure and delisting.

Secondly, by combining anonymity and real-name, an intermediate solution was found to enhance the value of the product.

According to the rumor, “Maimai” is preparing to go public.

For me to say that designing an anonymous ID + company’s serious and anonymous product manager should be rewarded. This is the best case of using products to solve business problems and create business value.

Speaking of which, If it is an anonymous community first and then a real-name community product, the probability of not being able to survive is very high.

This is what the product roadmap does.

If you have in-depth research on the business, in-depth thinking about the product, and at the same time can propose high-value product solutions, isn’t this the value of a product manager?

Some people say that they don’t know how to quantify their product work.

Look, through the small function mentioned above, there are many business results that can be energized.

Define the problem in advance, then find the entry point, then design the path and strategy, and finally evaluate the result.

There is nothing impossible, only people who don’t want to think.