The blind box economy is infiltrating the tourism industry.

During the Qingming Festival, the “Blind Box for Air Ticket Destinations” campaign launched by Tongcheng Travel ignited major social media. A ticket of 98 yuan is exchanged for a walk-and-go trip. This novel marketing method has made many netizens full of freshness and curiosity.

On the first day of the Ching Ming Festival, the number of blind box users who participated in rush purchases in a single day exceeded 10 million. In addition, the ticket blind box products at multiple points in time were sold out in an instant after they went online. 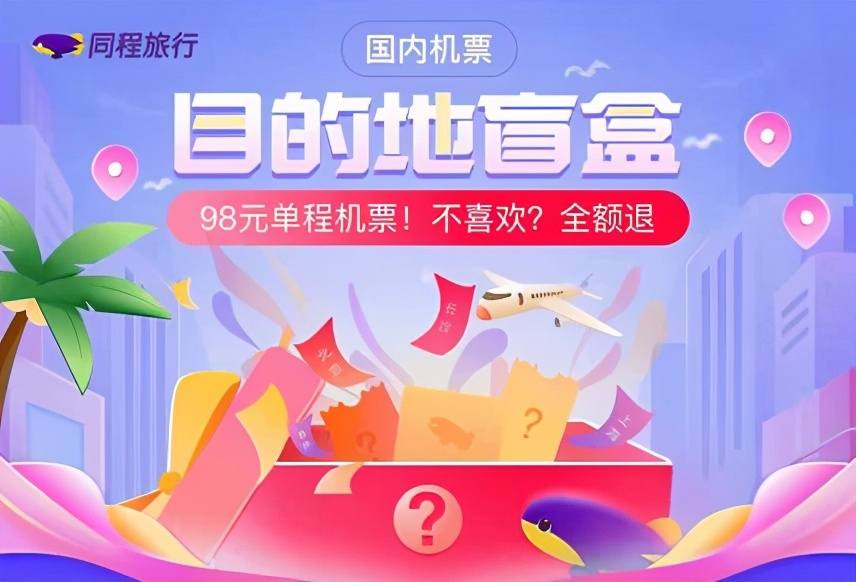 Since the epidemic hit the tourism industry hard, companies in the tourism industry have racked their brains in order to save themselves. In 2020, a number of airlines jointly launched a travel product represented by “Fly with Heart”, which successfully won the enthusiastic attention of consumers. With the re-launch of the “ticket blind box”, a new upsurge has been set off. Does this mean that the turning point of the tourism economy from a decline to an increase has come?

Why travels with “no purpose” can hit the hearts of Gen Z?

A sudden epidemic has changed people’s consumption habits, and more rational consumption has prevailed. Especially in tourism, travel after careful planning has become the most common choice for tourists.

However, why are young people sought after such purposeless travel methods such as ticket blind boxes?

First, we need to start with what the blind box is. Blind box, as the name implies, is a toy box in which consumers cannot know the specific product style in advance. What’s in the box and what can be drawn are all by guessing. As a trendy toy, the blind box accurately cuts into the psychology of young consumers. 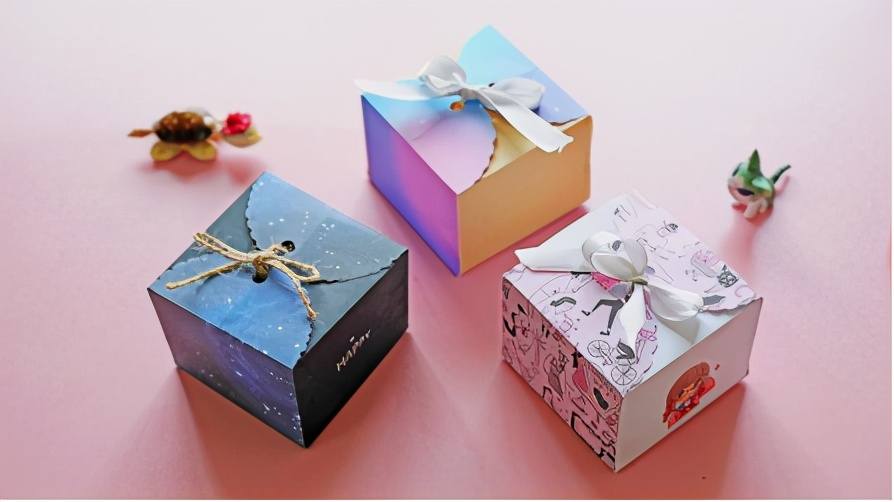 For Gen Z, who are full of personality, they are extremely interested in new things, and they are also willing to try some new things. The blind box, full of freshness and fun, can naturally capture their hearts.

When the ticket is combined with the blind box, the two typesIt seems that the combination of unrelated things will undoubtedly arouse the curiosity of Generation Z.

On the other hand, “retaliatory” consumption has begun to rebound. The home isolation restrictions of the epidemic have forced many young people to stay at home for several months. Even though various parts of the country are gradually opening up, there are still many restrictions for young people who like freedom.

The Ching Ming holiday is the first long holiday since 2021. In this short holiday, many young people who have been depressed for a long time can’t wait to go on a “go-and-go” trip. Satisfy your long-repressed heart. At this time, the “ticket blind box” launched directly pointed to their consumption pain points.

Just like the “flying with one’s heart” in the fire last year, the existence of the blind ticket box captures the hearts of Generation Z. It is natural to be popular.

How “long” will the life of the blind ticket box be when “flying as you wish” comes to an end?

However, the once-popular “Fly with Heart” finally came to an end. When the “ticket blind box” became the new darling, the once shining “Fly with one’s mind” has been discontinued. On the evening of March 31, China Eastern Airlines issued a notice announcing that it would remove the series of products from the shelves.

Affected by the outbreak of the epidemic in early 2020, the civil aviation industry and related upstream and downstream industries such as hotels, tourism, catering and entertainment have fallen into a trough in the first half of 2020. In order to save the decline, China Eastern Airlines took the lead in launching the “Fly on Weekend” series of products in 2020, which became the best-selling products at the county level, directly and indirectly driving the acceleration cycle of the entire tourism ecology.

Undoubtedly, the situation of the current “ticket blind box” is very similar to last year’s “Flying with Heart” products, both of which have become phenomenal tourism products, which have greatly stimulated the circular growth of the tourism economy.

But why is “Flying Free” now being taken off the shelf? Comparing the two, we can find that there are many things in common.

On the black cat complaint platform, many complaint items involvePassenger itineraries, cancellation of passenger flights, etc., because “fly as you want” is more about users choosing the flights they want, and these flights are regulated and restricted by the airlines. For users, they are in a disadvantaged position and can There are fewer options, and most of them are unpopular flights, which also leads to a poor actual product experience.

As the bargaining power is in the hands of the airline and the platform, users have few options. At least users still have a choice of “Fly with Heart” products, while the blind ticket box allows users to passively choose flights.

When talking about the ticket blind box products, the relevant person in charge of the same journey air ticket said that they are considering normalizing the operation of the ticket blind box products. But the follow-up development is still doubtful. A large number of unpopular flights and flights to remote areas undoubtedly cannot meet the needs of consumers. When the selected flights cannot satisfy consumers, it will inevitably lead to a large number of refunds in the later stage, which will bring new problems and hidden dangers.

“Fly as you wish” and “ticket blind box” are similar, and the latter is even inferior to the former. Once the user’s freshness is over, how to maintain long-term operations in the future is still doubtful.

During the impact of the epidemic, the domestic tourism industry suffered heavy losses. When the epidemic has subsided and economic recovery has begun, how to restore its former glory has become the primary goal of many tourism platforms and airlines.

In fact, the outbreak of the epidemic also indirectly exposed the criticism of the domestic tourism industry: the lack of high-quality publicity and marketing capabilities. The epidemic has not only brought shocks to the tourism industry, but also brought new opportunities.

The gradual recovery of the economy will restore the messy tourism industry, and consumer awareness of consumption will also be re-established, such as short-distance, high-frequency, pro-nature, family-oriented, micro-customization, small group tours, etc. Become a distinctive feature of domestic tourism consumption. “Reservation, limit, staggered peak” has become a new travel rule. Museums, city parks, leisure neighborhoods, night tours, and outskirts and countryside tours are all popular. Under such circumstances, from last year’s Xpress flight to this year’s ticket blind box, it is obvious that they are directly hitting the pain points of consumers.

Although the success of the ticket blind box has brought new imagination, there are still many problems: One is the lack of product gameplay. Ticket blind boxes can only be randomly selected, and the range of flights in the blind boxes cannot be specified. This greatly reduces the attractiveness of users.

The second is that user habits have not been developed, and it is difficult to achieve long-term profitability. Although there is still great potential for development in the long run, in a short period of time, it will not become the pillar that promotes the recovery of the platform and the entire tourism industry.

For the platform itself, behind the blind ticket box, there is moreConduct marketing activities for drainage. The most important difference between the “ticket blind box” and the “Fly with your heart” product is that the price threshold is lower, so the product provided will certainly not be a popular flight. The reason why it can attract users is more to follow the trend and “join the fun.” The mentality is greater than the true purpose of the trip.

The person in charge of Tongcheng Travel also admitted in a media interview: “This is indeed a marketing activity. As a leading company in the online travel industry, we feel that we have a responsibility to promote the economic recovery of the travel industry. And this time Blind box products are also a new exploration and new attempt for the current young people. We hope that we can use a certain cost to gain users’ reputation and brand awareness.”

The success of the “ticket blind box” also shows the strong spending power of young people. I believe this successful attempt will not be the last. There will be more refreshing product launches in the future. .

Whether it is flying as you wish or a blind ticket box, the logic behind it is to use explosive travel products to recover from the declining revenue problem. As the economy picks up, the tourism economy will inevitably recover. However, if the blind ticket box fails to bring the desired effect, it will eventually still embark on the same path as flying freely.

The existence of the ticket blind box will eventually be as short-lived as “flying with your heart”, but this will not be the last attempt by the platforms to seek upwards, and when the future economic recovery accelerates, the tourism industry will also be full of new vitality .

The source of this article: Songguo Finance, please indicate the copyright for reprinting