From the IPO application to the first meeting, it took only 25 days for Ant Group 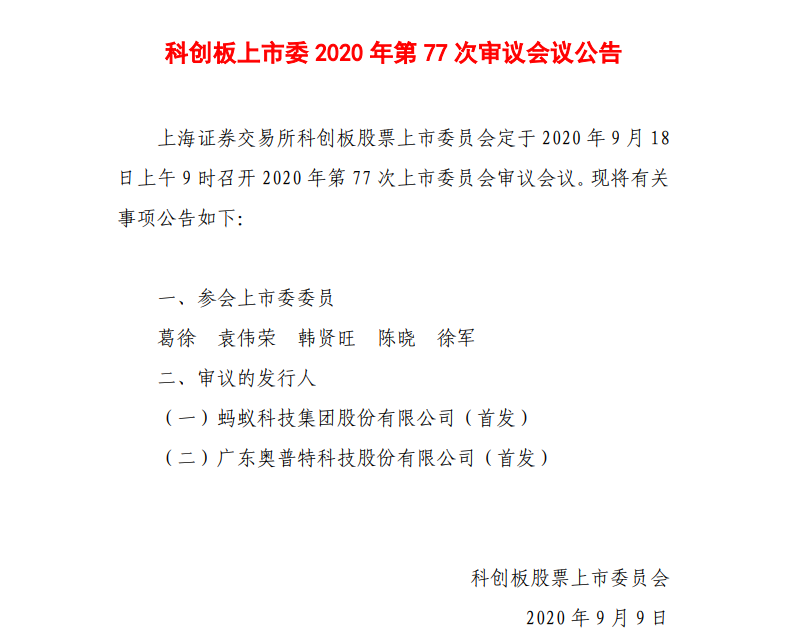 It took less than a month for Ant Group to submit the listing prospectus to the first meeting.

On July 20 this year, Alipay’s parent company Ant Group announced the launch of the Shanghai Stock Exchange Science and Technology Innovation Board and the Main Board of the Hong Kong Stock Exchange (A+H) Simultaneous issuance and listing plan. Some media quoted industry sources as saying that Ant Group may be listed as early as October.

On August 24, the website of the Zhejiang Regulatory Bureau of the China Securities Regulatory Commission published the application materials for the guidance and acceptance of Ant Group. The materials show that the tutoring agencies CICC and CITIC Construction Investment have completed theListing counseling.

On August 25, Ant Group submitted a listing prospectus to the Shanghai Stock Exchange Science and Technology Innovation Board, and simultaneously submitted A1 prospectus application documents to the Hong Kong Stock Exchange. On August 30, its IPO review status on the Science and Technology Innovation Board was updated to “inquired”, taking a key step towards A+H listing.

September 7th, The official website of the Shanghai Stock Exchange disclosed the first round of inquiries and responses from Ant Group The specific content of the company includes issues such as the holdings and qualifications of the company’s actual controllers as Ma Yun and independent director Hu Zuliu.