“Freedom of speech” should not be used as an excuse.

Undoubtedly, Facebook is one of the most successful social platforms in the world. Not only does it have hundreds of millions of users, its business also continues to develop in depth in the technology industry. But recently, Facebook’s life has not been easy. For example, to urge Facebook to step up its efforts to combat hate speech and false information, advertisers boycotted the company’s activities, which caused a snowball effect. Analysts say this may cause Facebook’s core digital advertising business to be hit hard. On the evening of June 28, media reports reported that Facebook’s stock price has plummeted due to news that large advertisers have said it will suspend advertising on Facebook.

Barry Schnitt, the former head of marketing and communications at Pinterest, Facebook and Google, pointed out in a letter to Facebook employees that if employees no longer advocate for change, Facebook will face great risks. Facebook’s approach to “midfield”, behind the gongs and drums, a new battle has begun. 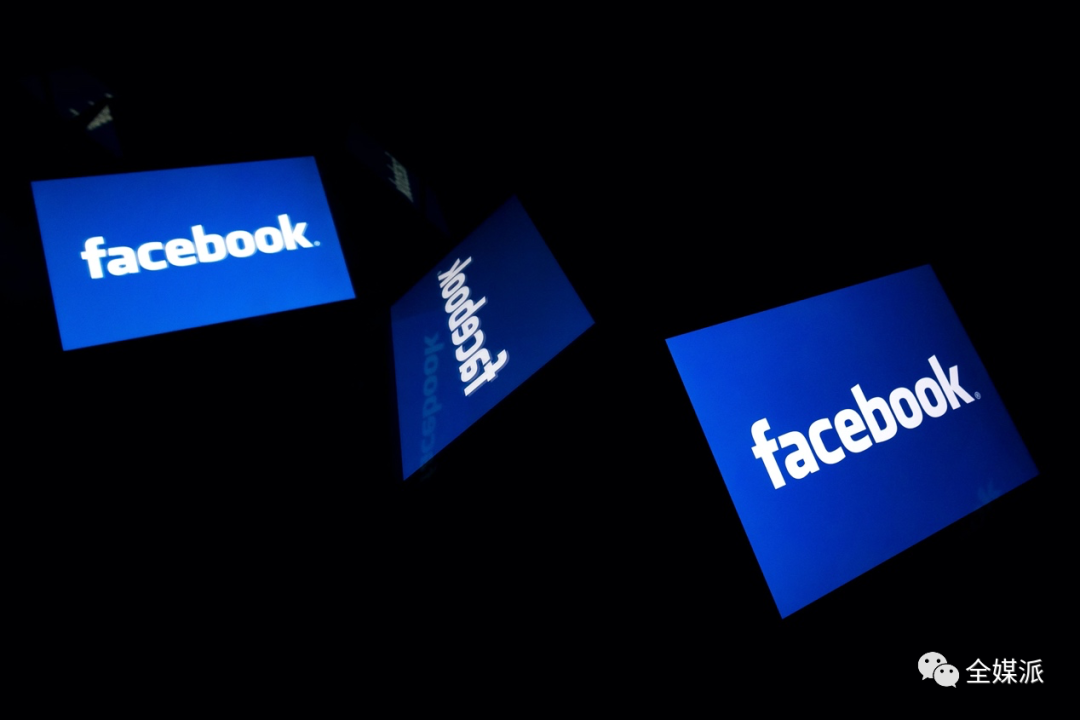 In this issue, all media (ID: quanmeipai) compiles a letter written by Barry Schnitt to Facebook employees, elaborating on Facebook’s current dilemmas and breakthrough strategies that can be adopted.

Barry Schnitt pointed out that for Facebook, the biggest advantage is also its biggest disadvantage. Early Facebook focused on interpersonal connections. Obviously, if the person you meet is someone you are familiar with in real life, many problems will often disappear. Because compared to strangers, friends are less likely to lie to you, or do some inappropriate behavior, or upset you. In addition, the things they share may be in your arms and attract your attention.

However, in fact, interpersonal connection does not solve all problems. Your friends or your loved ones may not be doctors. If they don’t understand the vaccine, they are also easily susceptible to him.People are misleading. Because of Facebook’s connection, you may prefer to believe the wrong messages from friends and family you know, and ignore the professional and correct messages. 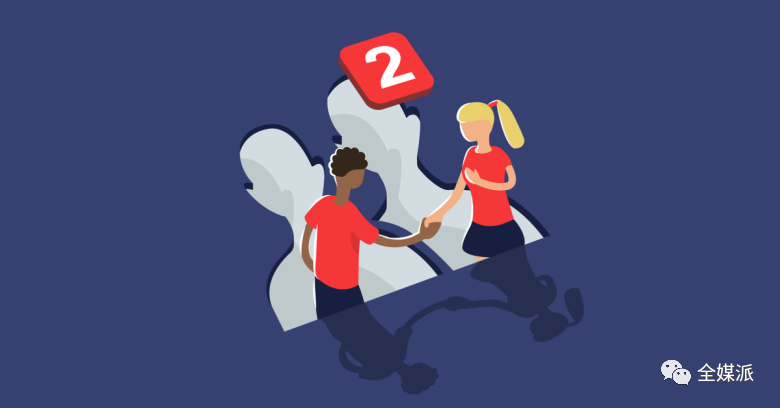 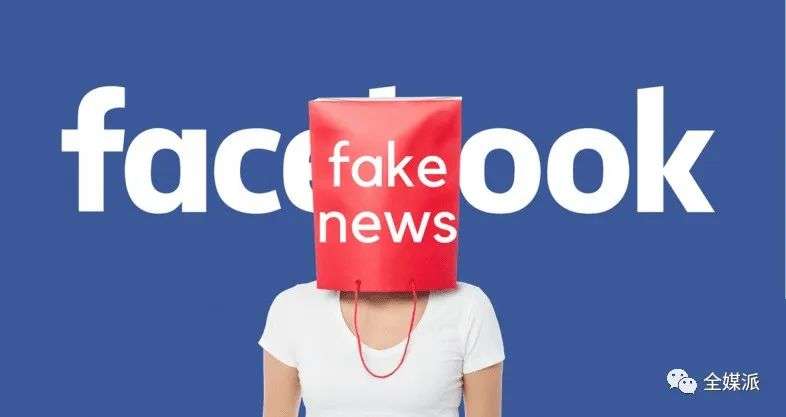 Plandemic, a recent movie on Facebook, may be such a great case. The 26-minute video claimed that the elite of a dark group was using a new coronavirus and a possible vaccine to gain benefits and gain power. In the video appeared a scientist with a high reputation Judy Mikovits, she said that her research on the hazards of vaccines has been buried.

Plandemic has been viewed 8 million times on YouTube, Facebook, Twitter, and Instagram just one week after its release, and has generated a lot of extended discussions. According to data from social media analysis platform CrowdTangle, Plandemic was liked, commented on, or shared nearly 2.5 million times on Facebook, and the amount of interaction far exceeded the official announcement data of the Tyler Swift concert.

Although BuzzFeed began to expose the false information contained in Plandemic on May 7, and Facebook also deleted the relevant video on the same day, this does not prevent PlandeThe concept of mic is deeply rooted in people’s hearts. As this comment puts it: “Before the truth has the opportunity to put on pants, lies have spread everywhere.”

Now, Facebook’s speed and influence can make this lie go around the earth a thousand times before the truth wakes up. It is ironic that the real conspiracy theory seems to be being used by some institutions and interest groups to mislead the public to achieve its long-term goals. 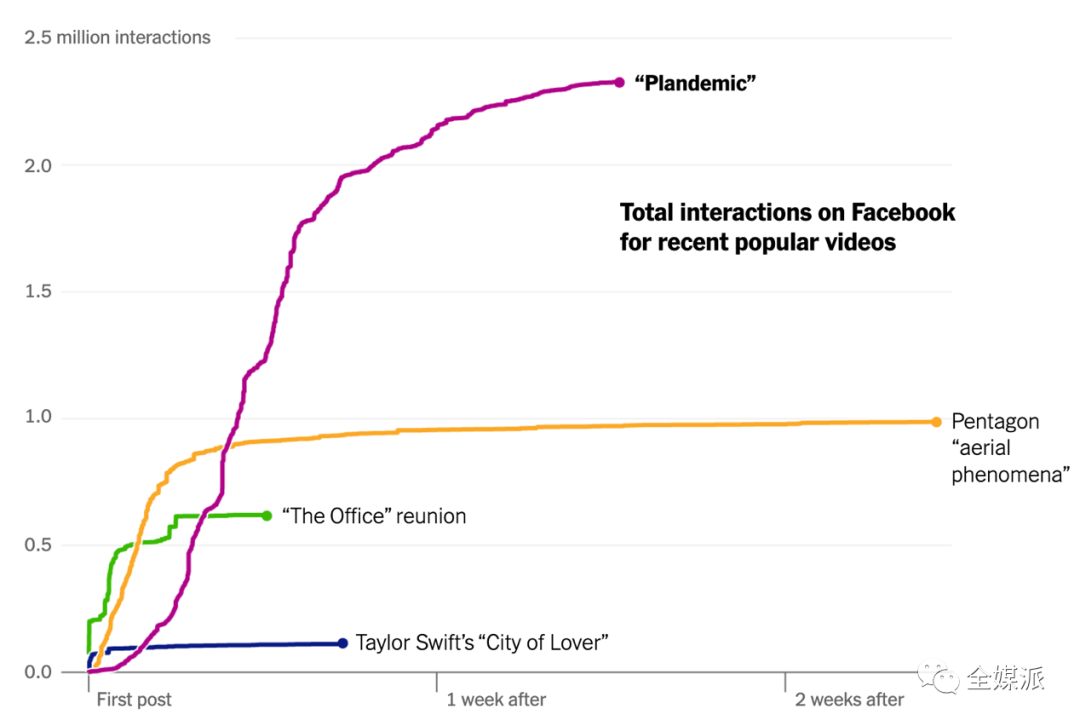 Plandemic has a lasting high fever, and its discussion data far exceeds other events in the same period. Data source: CrowdTangle.

cowardice and profit-seeking behind “free speech”

Despite the many problems with content, Facebook still chose to allow most content to remain in the system. Schnitt pointed out that Facebook’s choice reassured those who spread misleading public information, openly exposed racism and incited violence.

How to find faith? Schnitt believes that first of all employees must realize that both the world and Facebook have changed. Schnitt recalled his experience working at Facebook. Most of the results are still glowing today, but there are some results that may have played a huge role in 2008, but they have lost meaning in today’s world.

“In 2008, the press as a “professional truth arbiter” was very strong; in 2008, although Facebook’s influence continued to expand, it still only touched a small number of users; in 2008, people were more Use Facebook more to keep in touch with your friends than to use it as a source of news or information. Today, all of these have changed dramatically.”

IfToday, news studios are being eliminated, and the overall distribution of news media has also decreased. At the same time, Facebook has become the main source of news and information for billions of people. In short, Facebook has been letting the content flow for a long time, and the outside world has not specifically asked Facebook to check the facts of information or news.

However, the world urgently needs it to make changes. 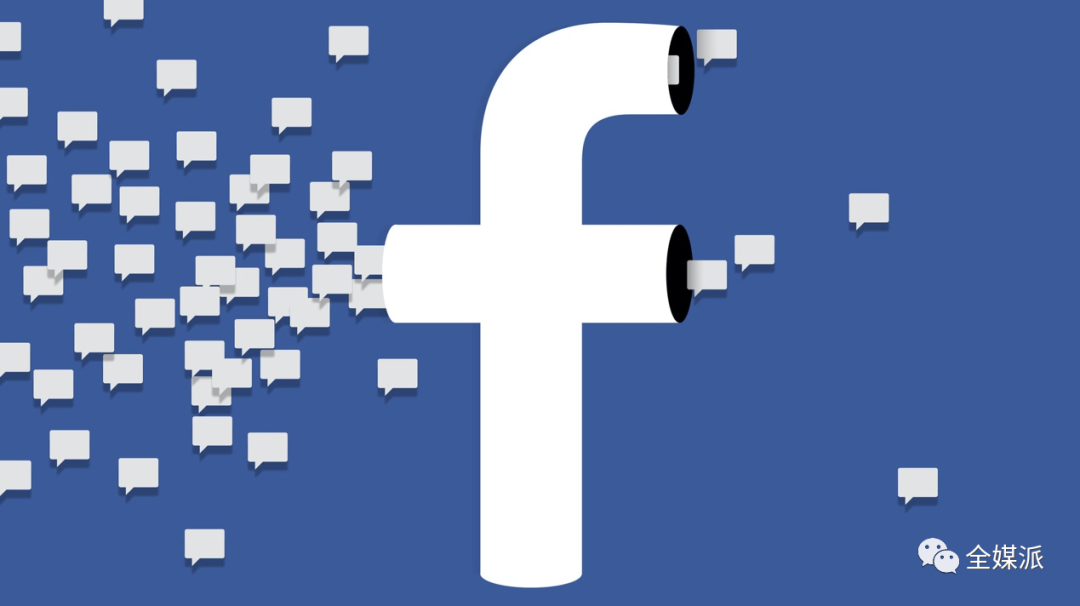 Of course, Schnitt still believes that Facebook has more advantages than disadvantages. In the current epidemic, Facebook can help provide emotional support between users, and users can establish contacts with their families and friends, which brings incalculable value.

But it is still not enough. If you compare Facebook to an information grocery store, every user can shop here. Most of the things on the shelves are nutritious and attractive, but there are some ordinary food that is scattered on the shelves. It is poisonous. This “toxic food” will poison the reader’s thinking and make them run counter to scientific facts.

Schnitt believes that there is a certain deviation of intentions within Facebook. Some employees know that their original intention is good, so they focus on good results and ignore bad results. For Facebook, openness may be helpful.

Every employee knows that the information produced on Facebook can make truck drivers a sister (“SHE Trucking” established on Facebook can be a female truck driver in the United Nations), and can help Clif Bar (small food brand) sales… … Then everyone also needs to know that laissez-faire and spreading misinformation can erode life, incite violence, cause secondary harm to those who have suffered tragedies, and mislead people to make devastating choices. 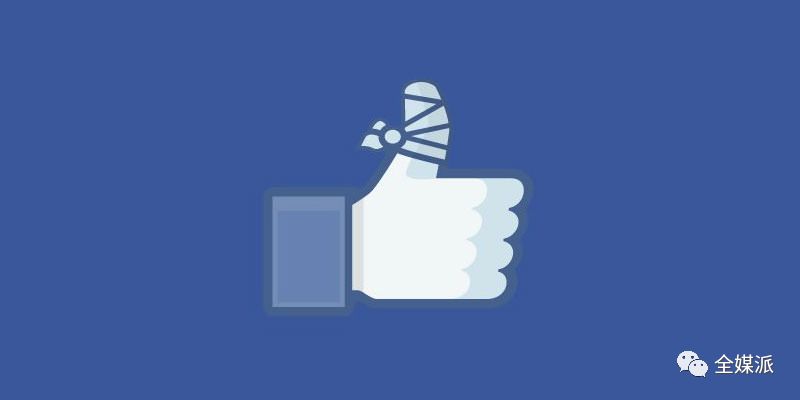 “Freedom of speech” should not be used as an excuse to “get rid of difficult choices.” Although users have the right to express ignorant or misleading opinions, this does not mean that Facebook cannot attach correct background information next to these opinions, nor does it meanWith Facebook, you have to spread these opinions.

For centuries, the main way people get free speech is through books or the media. In reading, the vast majority of people contact the context to understand the context, and after the emergence of television and radio, the video or audio will also be followed by the reporter’s comments. The reporters of these for-profit private companies provide background information on the event and Trying to arbitrate the truth, is it all perfect? No, but it helps to control misleading and splitting forces to a great extent.

This discourse system has been largely destroyed by social media such as Facebook, and Facebook is also responsible for repairing it or creating a better system. The support of The Facebook Journalism Project and news fact checkers has released good signals, but they are only band-aid, and the scale and complexity of the thorough solution should be orders of magnitude higher than this. Schnitt said that for Facebook, the most important thing is to build trust. It needs to show the world that Facebook does not put profits above values. “(Facebook should) suspend the stock repurchase program and invest equivalent resources on users, so as to better show that users are above the interests.”

At the same time, Schnitt also suggested that Facebook should enter Lockdown. This is a practice that Facebook has handed down in its early years. Once the company believes that the enemy is now, it will start a “closed” mode and enter a “state of war.” Facebook faced the challenge of Google+ in 2011 and was closed for several months before finally defeating Google by headwinds.

It is true that all this is very difficult for Facebook. Employees not only need courage, money and wisdom, but also need to abandon long-standing ideas. “Some actions may lead to “landslides”, but this does not mean that it is wrong. A solution does not apply at the moment, it does not mean that it will never apply; some things are “