Recently, foreign media have revealed the new development of Musk’s Neuralink company: its brain-computer interface device is expected to be tested on the human body this year, which means that humans are further away from uploading and downloading memory. A research on “precise deletion of specific memories” by the Peking University team appeared in the Science journal. The researchers used gene editing technology to achieve the precise deletion of specific memories in the brains of experimental rats.

The Neuralink team has already begun testing various versions of the device on mice and monkeys, and the results have been impressive. In a San Francisco presentation, Musk and his team described an example of monkeys being able to control computers with their brains. They have not performed any tests on humans at this time, and the team hopes to get FDA approval and begin human trials as early as this year.

In order to give these “superpowers” to humans, Musk’s Neuralink will install special gadgets in the human brain to create a “direct cortical interface” to upload and download ideas.

In short, Neuralink will provide upgrades to the human brain, which may make us more competitive in the face of AI with human level or higher intelligence. And Musk’s ultimate goal is to download the human brain to a computer, realize brain-computer integration, and start a new era of “superhuman cognition.”

If this technology is really implemented in the human brain, the human brain and the computer will be interconnected, which also means that our thoughts and memories can be downloaded and stored, but are you willing to try?

“Memory manipulation” has always been a hot topic in science fiction.

In “Stealing Dream Space”, the dream stealer played by Xiao Lizi successfully invaded and changed his wife’s memory, but this memory eventually led to an irreversible tragedy-the wife committed suicide by jumping off the building.

In the 2005 Oscar-winning film “The Eternal Sunshine of a Beautiful Mind”, the actor decided to delete the memories after experiencing the ex-girlfriend’s painful memories, and restarted life in a different role.

Can negative memories be deleted directly? This is no longer just a movie plot. Just last week, the Peking University neuroscience team published a paper in the Science journal that accurately deleted negative memories through gene editing.

On March 18, 2020, local time, the team of Yiming researcher and professor Wan You from the Institute of Neurosciences of Peking University published an online article entitled “CRISPR-SaCas9 System” in Science Advances, a journal of Science.”Development of a CRISPR-SaCas9 system for projection- and function-specific gene editing in the rat brain” research paper, the researchers developed a New gene editing technology enables precise deletion of specific memories in the brains of experimental rats. 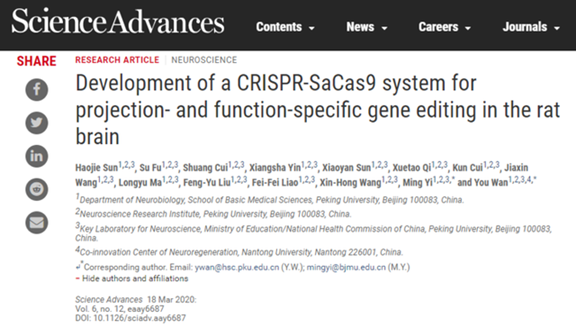 First question, where is the memory stored? The role of specific brain regions in transient memory, short-term and long-term memory has been studied in detail, but whether the smallest unit of memory storage is the brain region, neurons or synapses is still being debated. Now neuropsychology A widely accepted view among scientists is that the neural basis of long-term memory in humans is the persistent changes in synapses in neurons.

The next question is, can memories be edited and deleted? Prior to this breakthrough, many scientists have done related research, such as using optogenetics to affect the hippocampus responsible for short-term memory storage, using light to turn on or off the neuron group in the brain. In July 2019, RMIT University in Australia developed a new brain-like chip inspired by optogenetics that mimics the way the brain stores and deletes information.

Currently available genome editing technologies (CRISPR / Cas9) have been able to effectively modify genes in various cell types, including neurons. However, the structure of the brain is extremely complicated. Even in the same brain region, the set of neurons is not anatomically or functionally unified, but is divided into different subgroups. Among the subgroups of neurons with specific connection or functional characteristics, Especially in rats and non-human primates, achieving stable gene knockout or genetic modification remains challenging. Conditional recombination systems have been widely used to study brain function with spatio-temporal accuracy, but the construction of animal models can be labor-intensive and time-consuming, especially for transgenic rats. Therefore, we need to be able to achieve gene editing for a specific population of neurons-this is what this article wants to solve.

The core result of this article is that scientists have developed a new specific gene editing technology (a technology based on the CRISPR-SaCas9 system and compared it with antegrade / retrogradeAAV vectors are used in combination with activity-dependent cell marker technology). In order to prove the success of their technology, they successfully knocked out the cbp (CREB-binding protein) gene of specific neuron subpopulations in the medial prefrontal cortex and demonstrated the importance of this technology in revealing the neuronal and circuit basis of memory . The efficiency and specificity of this technology can be widely used in neural circuit research.

The existing gene editing system is called CRISPR-Cas9, and the endonuclease used is called Cas9. It can quickly, efficiently, and easily modify endogenous genes in various cell types, leading to genetic changes, which allows us to perform functional analysis of specific genes in the brain. It changed the rules of the game in the biological sciences. Some people called it “gene magic scissors”.

But it has two problems: one, it can not deal with controlling perturbations in a complex set of neurons, and it can deal with a certain subgroup alone. Second, the capacity of viral vectors is limited. Facing the second problem, scientists found the ortholog of Cas9, SaCas9. The delivery vector has a capacity of more than 1 kb smaller than Cas9, but the efficiency of gene editing is basically the same.

In order to verify that the newly developed CRISPR-SaCas9 (hereafter referred to as SaCas9) can also solve the first problem, that is, edit the target genes in a specific neuron subgroup, they chose to excite and memory formation of neurons. The crucial CBP acts as a target gene (which produces CREB-binding proteins) and knocks it out at a specific point in a certain subpopulation of neurons.

Their verification idea is this: Since CBP controls memory formation, if CBP is knocked out at a fixed point, the memory carried by this particular neuron subpopulation will be gone, which can be reflected in the behavior of rats. If it is observed that the rats did lose this memory, then it could prove that the new technology can modify the genes of specific subpopulations.

1. Experiments show that SaCas9 can effectively inactivate CBP in vitro. 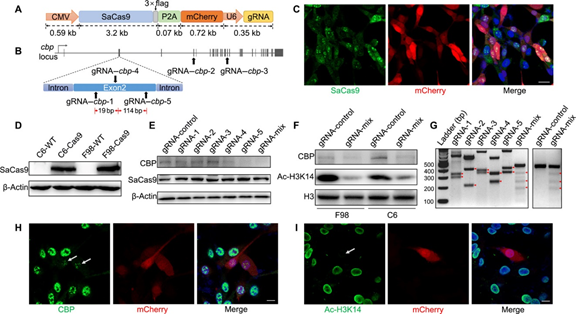 2. Experiment with SaCas9 to knock out CBP in specific neurons.

3. It is confirmed that the decrease of CBP leads to the decline of learning.

In general, there are two breakthroughs in this research. 1. CRISPR-SaCas9 technology can be targeted to knock out genes. But this study knocked out related genes on a specific set of neurons. Functionally specific knockout should mean that, in all cells, only specific genes of cells that are expressing specific proteins are knocked out.

1. The efficiency and specificity of this function-specific CRISPR-SaCas9 system can be widely used in neural circuit research. It can provide powerful strategies for precise genomic interference of brain function under physiological and pathological conditions.

2. It is possible to find a way to eliminate specific memories, so as to provide new ideas for the treatment of diseases characterized by “pathological memory” such as anxiety, phobia and post-traumatic stress disorder, chronic pain, and addiction. 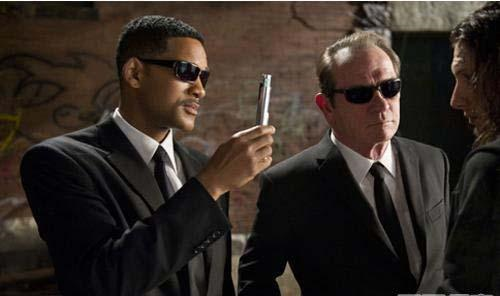 Amnestics in Man in Black 2

Ying Ming, one of the authors of the paper and a researcher at the Cognitive Neuroscience Laboratory of the Institute of Neuroscience at Peking University, said: Memory coding and storage are important, but forgetting negative memories is also important. If negative memory is too stubborn, it can sometimes be burdensome and even cause illness.