​”You can’t get a ticket for this line without a $1 billion financing.”

Since the evening of October 21st, GSX The stock price plummeted 30%, and the market value evaporated by more than 500 After RMB 100 million, the largest decline since listing. In the last 5 days, the stock price is still falling slowly, and there is no trace of the counter-trend counterattack after being shorted by muddy water and other US short-sellers. After GSX’s plunge, many Chinese education stocks fell sharply due to its impact-Youdao fell more than 12%, Good future fell nearly 7%, Hong En Education plummeted by 20.88%, LiuLiSuo fell by more than 3%, and Rise Subject English fell by more than 4%.

This is the darkest day for Chinese education stocks going public in the US. 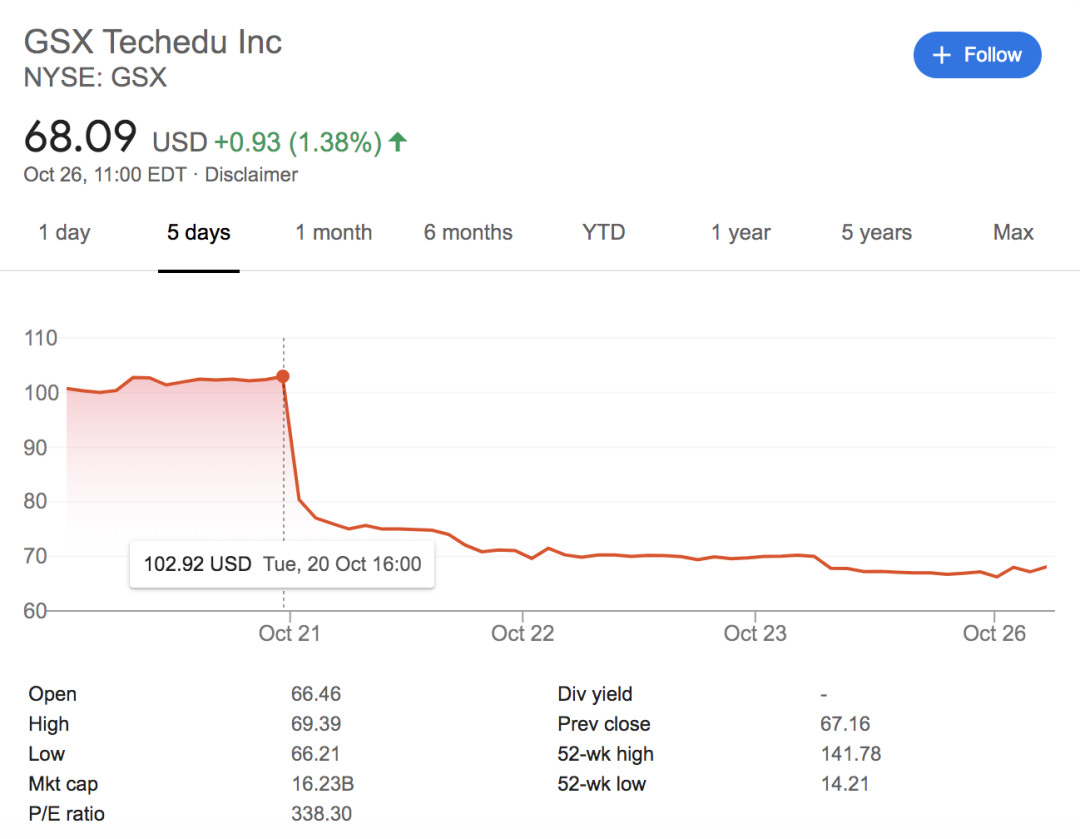 To translate it, GSX’s positioning by the capital market is that marketing expenses are almost 1.2 billion, and revenue should be around 2.1 billion. But if the rumors are true, GSX spent more marketing expenses than actual income, so the actual net profit obtained after calculation is very likely to be a loss value.

Actually, GSX has been shorted 12 times by 5 institutions this year, Grizzlies, Citron, Scorpio< /a> Well-known short-selling institutions such as Muddy Waters are regular customers of GSX. The biggest reason is that with the entire education industry losing money, GSX has achieved large-scale profitability for 9 consecutive quarters-Q2 of fiscal year 2020, revenueA year-on-year increase of 367%, net profit increased by 133%. Although GSX executives and short-sellers have become the norm on various platforms to “separate each other”, it is clear that the institutions do not intend to let this “outstanding” company go. 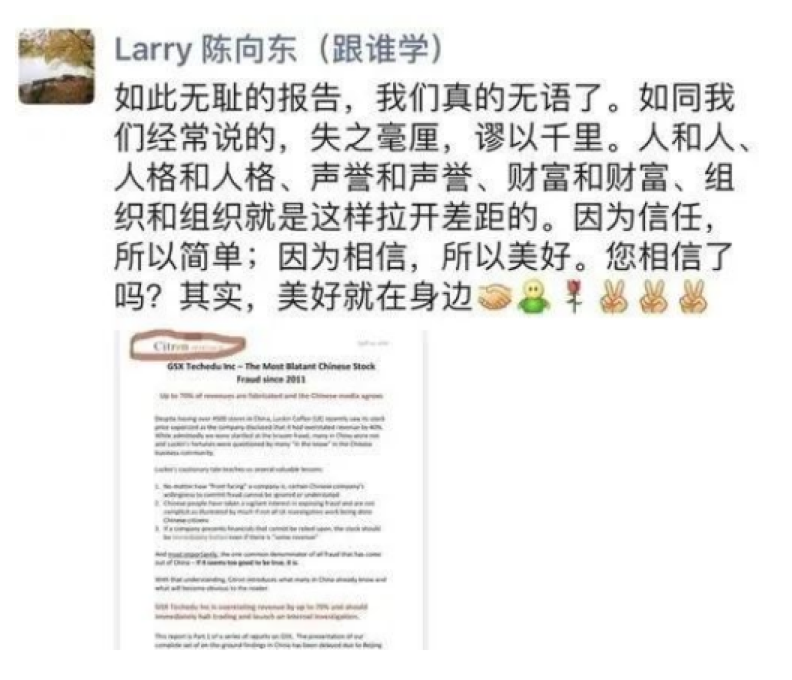 When the rumors followed that Credit Suisse’s rating of GSX was changed to “underweight”, the institutions began to win. However, the general decline in online education concept stocks is not only because of the rumor that “learning with whom is the next Luckin”, but also because of this supposedly smooth operation of the industry, just showing its head, it has been trapped by various sources of capital. Living.

The CFO of GSX, Nan Shen, said at the beginning of this year: “So far, GSX has not paid to do any street sign advertising, light box advertising, TV commercials, etc., so we are indeed better than the industry leader in advertising. Much less.”

However, GSX has also joined the online education marketing army this year. According to Q2 of fiscal year 2020, GSX’s sales expenses are 1.205 billion yuan, which is more than 7 times higher than the 169 million yuan in the same period last year. The operating loss was 161 million yuan. The reason for the loss given by the company was the increase in investment costs in sales and marketing activities caused by the expansion of brand awareness.

In this regard, New Oriental said that the reason is that free online live classes have increased promotion costs. At the same time, in order to grasp the market opportunities during the epidemic period, the scale of customer service and marketing staff has also increased.

And a good future (Xueersi Online School) is more radical. In fiscal year 2020, the investment in total marketing expenses in the future will increase from 3.24 billion yuan in fiscal year 2019 to 5.68 billion yuan, an increase of 76.2% year-on-year. 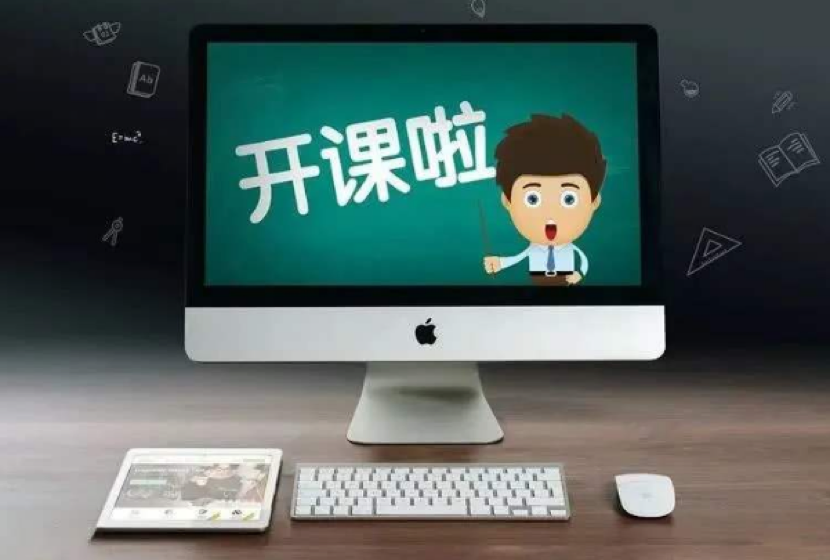 The epidemic has brought online education to the forefront. In 2020, online education will still be the most popular “good story” in the capital circle. Capital operations are simple and rude. At present, China is still in the initial stage of online education. It is essential to race to catch up with traffic.

“Occupying the hilltop” has become the most critical thing in the industry. Whoever has the most advertisements to attract users will win the advantage. From a certain level, users have inertia, especially for those new users who have never experienced any online education. If they are attracted by advertisements, they will see that they are packaged “extremely professional” on the bright and beautiful web pages. “The famous teachers, coupled with the excellent courses that can be experienced for only a few tens of dollars or even a few dollars, it is hard not to be exciting.

Once you feel that the overall course feels good and the website services are meticulous, most users will continue to experience other courses at low prices with the mentality of trying it out. After several times, when a user recognizes a brand, it is only a matter of time before payment.

This is also a very conventional capital operation-spending money to grab market size, low prices to attract users to keep, crowding out and annexing small and medium players, and monopolizing most of the market. In the final stage, the market can only pay as much as the winner wants. For more successful cases, see Didi Chuxing and Uber, Meituan Takeaway and Ele.

“The low-price class (9 yuan trial class) costs 600-800 yuan to obtain a user’s cost comment, which includes traffic fission, and the return on investment is only 40%. The delivery channel is Douyin Information Stream, WeChat channel Advertisement, I used to take the third year of high school, and one round of review could not recover the cost. Only two or three rounds of review, topic classes, and cost recovery. The third year is actually not cost-effective. It is a one-shot deal. After the third year, the university will be completed.” /p>

This is an online class teacher’s view on today’s low-cost online classes. In fact, it is difficult for an online school to recover the cost. The progressive classes will definitely lose some users, especially in the case of graduating classes where there are almost no renewal users. 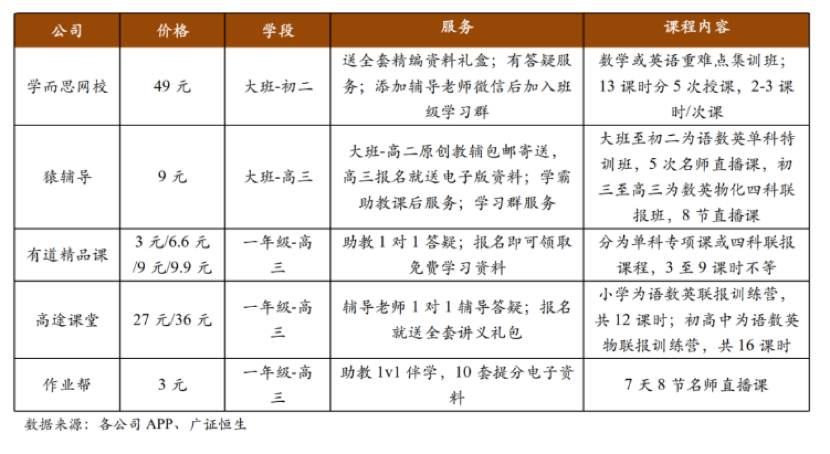 According to the data from the “2020 Mobile Internet Advertising Insight Report”, the education industry is currently in the stage of a gold-burning marketing model. Each company has sufficient advertising budgets and media portfolios are gradually achieving full coverage. In July 2020, the advertising costs of education industry advertisers exceeded 2 billion yuan.

Almost every word writtenThe elevators in the building are full of “children’s smiling faces, catchy Advertising word”. In a model where traffic is king, GSX will naturally attract more users. When marketing expenses increase, the subsequent customer acquisition costs also begin to surge. 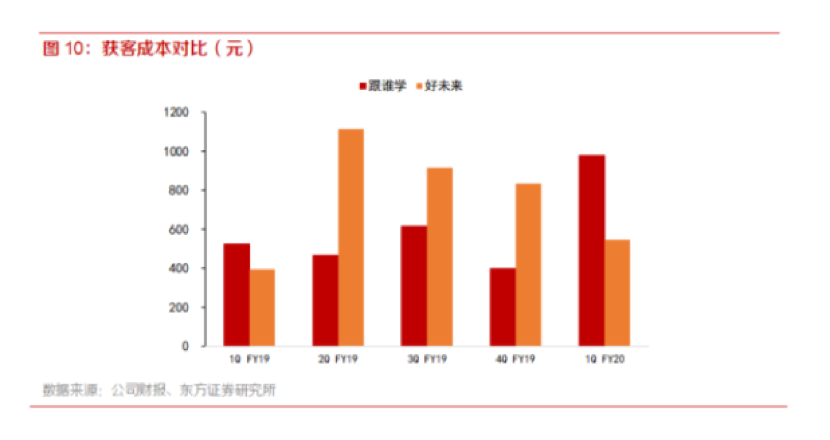 The capital tycoon has joined, and the competition has just started

It’s still too early to talk about profit under the money-burning war. Of course, these giants dare to be so “rich and willful”, mainly because they are favored by capital.

In May 2017, Yuandaodao completed the US$120 million Series E financing of Tencent and Warburg Pincus, holding 160 million users; in August of the same year, Baidu incubation Job Help received US$150 million in financing from investors such as Sequoia, Legend Capital, and Tiger Fund , Was the largest financing in the K12 field at that time; the latest round of $2.2 billion in funding for Yuandao in 2020 has been completed recently, and another giant job gang has also moved frequently. In the middle of this year, it announced the completion of the 750 million led by Fangyuan Capital. After the US dollar E round of financing, it is now reported that a new round of financing of 700 to 800 million US dollars is being carried out. 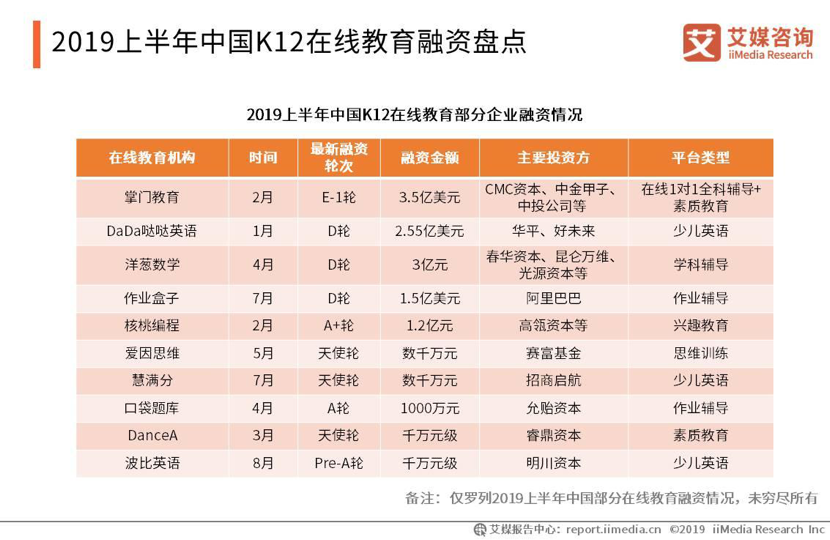 “If you don’t have 1 billion dollars in financing, you can’t get the ticket to this industry.” Some investors once said jokingly.

It is true that a certain scale can be obtained through burning money and huge financing, and finally successfully seized the market. There are many such cases, but there are also many failed cases, the most famous is “ofo bike sharing”.

Strong marketing can get exposure traffic in the short term, but it cannot solve the long-term user retention and conversion problems. For industry players, reducing customer acquisition costs is a top priority. What’s more, the education industry is different from the food, clothing, housing and transportation industry. You can spend huge sums of money on buying a meal or taking a car, but it takes you a year to choose A course to learn, even the college entrance examination linked to personal destiny, any parent and student are often cautious in choosing.

In addition to the high cost of learning, parents value effectiveness more. After all, time cost is the biggest cost. How to learn the best quality in the shortest timeYou can’t solve the problem by taking a few more “$0 trial lessons”.

In the final analysis, online education still has to return to education itself. It is not an overwhelming marketing method that wants to convert new users into retained users. Spending money to attract traffic can only show an inflated scale, and the effect of courses is the core of profitability. .