Or the best spring sowing time.

The first quarter ended in a bleak market, and I couldn’t bear to look back. I could only pin my hopes on the days to come.

How will the stock market interpret the beginning of April?

On the first trading day after the Ching Ming Festival, A shares still did not improve much. The Shanghai Composite Index fell 0.04%, the Shenzhen Component Index fell 0.28%, the ChiNext fell 0.72%, and the total daily turnover was 660 billion, compared with the peak period 2 Trillions are more than cut in half.

In terms of sectors and concepts, except for LONGi’s announcement of entering hydrogen energy, which led to the rise of related concept stocks, other sectors were basically calm. The so-called core assets, such as liquor and high-tech sectors, failed to continue. In the pre-holiday uptrend, Moutai closed down 1.66%. In terms of small and medium-sized tickets, the hyped travel stocks also fell one after another.

Today, the A-share market continued to be in a slump. The Shanghai Stock Exchange dropped to 3453 points, a drop of 0.85%. However, there were signs of a rise in the late trading and eventually fell slightly by 0.1%. The Shenzhen Component Index and the ChiNext fell respectively. 0.74%, 0.86%, the total A-share turnover was 739.7 billion, an increase from the previous transaction, but liquor beverages remained sluggish and ranked at the forefront of the decline list. Steel and shipping concepts became one of the largest risers due to good performance.

Today is also the first trading day after the holiday in Hong Kong stocks. It also fell at the beginning of the market. However, with the decline of Tencent and Alibaba’s two major stocks, they failed to follow the rise of A shares in the late trading, and finally closed down 0.91%. , The turnover is 171 billion.

From this point of view, the beginning of April was no surprise.

After more than a month of decline, many people have become numb. Now it can be said that people’s minds are rising, but the ideals are full and the reality is skinny. Looking around the current situation, it is indeed difficult to find a strong one. Reasons for the rise.

The reason has been said many times.

At the macro level, the tightening of liquidity is a general trend. Although the Fed is still keeping its tone, the truth is,Emerging market countries such as Turkey, Brazil, and Russia have been unable to hold on and have raised interest rates first. Even the Fed itself has said that it is possible to reduce the scale of bond purchases to test the market response. The 10-year U.S. Treasury yield continues to be high. Not to mention. 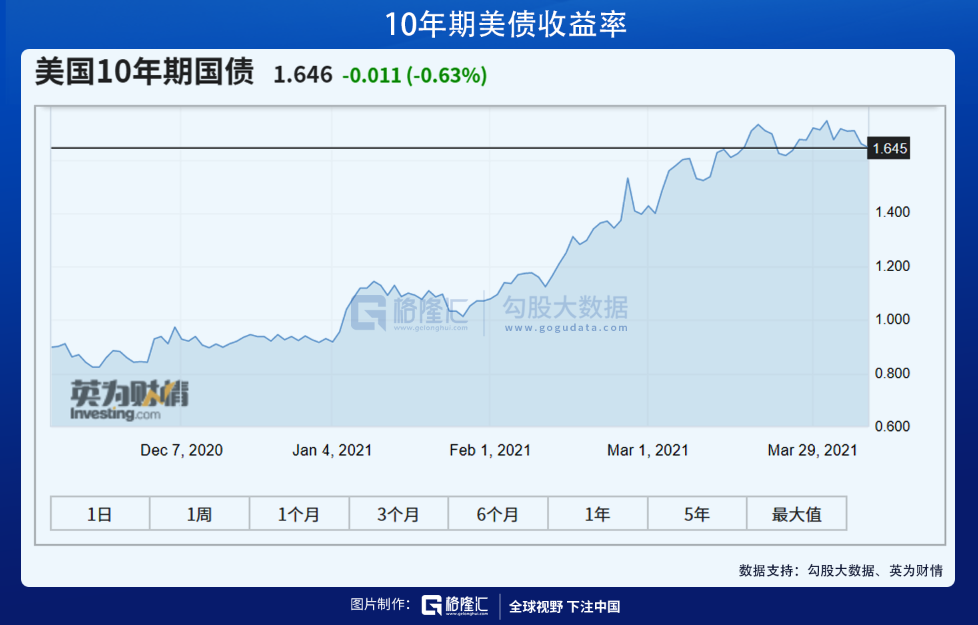 Some people attribute the downturn of A-shares yesterday to the market expectation that China will further tighten credit. This is not groundless. During the two sessions of this year, the Premier set the GDP growth rate this year to 6% and inflation to 3%, and that the currency growth rate must match GDP and inflation. This means that the M2 growth rate for the whole year this year will be around 9%, but The growth rate in January and February exceeded expectations, reaching 9.4% and 10.1% respectively. If it continues to exceed 9% in March, it means that the average value of Q2, Q3, and Q4 in the future must be below 9%. It can be seen from the head that although it is unlikely that monetary policy will make a strong turn, it is quite choking to come out and beat the market from time to time.

The stock market is a barometer of currency. The tide will rise and the boat will fall, and there is no need to wait for the day when the tightening is true. Just an expectation is enough. Therefore, if market expectations are still tightening liquidity, the downturn in the stock market and the high probability of shrinking trading volume will have to last for some time.

Microscopically, the valuation of stocks representing core assets is still high, Moutai PE (TTM) is more than 55 times, not to mention the new energy that represents the next round of industrial direction, BYD PE (TTM) 115 times, CATL (TTM) 165 times, Ganfeng Lithium 111 times.

They all say that the principle of buying stocks is the three good-good business, good company, and good price. At this stage, there are good businesses and good companies, and there are a lot of them. It’s just the price. It’s hard to say good. , The valuation has not fallen to an attractive position, it is naturally difficult to attract funds to Baotuan, without Baotuan funds, just that little hot money and retail investors are falling, it is difficult to pour out anything.

So, the overall situation of the stock market now is . If you want liquidity, you don’t have much liquidity. If you want the price to be cheap, he can’t say it is cheap. It is only natural that the market is repeated.

However, from a global macroeconomic perspective, there is no need to be overly pessimistic.

First of all, with the popularization of vaccines, the world is gradually getting out of the new crown epidemic, economic and social activities are also accelerating the recovery, so the entityThe economy must continue to improve. Although the tightening of liquidity is not good news for the stock market, on the other hand, optimistically, this shows that the real economy has improved and can be discharged from the “ICU”.

According to the IMF’s forecast, the world’s major economies will have a GDP growth rate of more than 3% this year, the United States will reach 6.4%, and China will reach 8.4%. 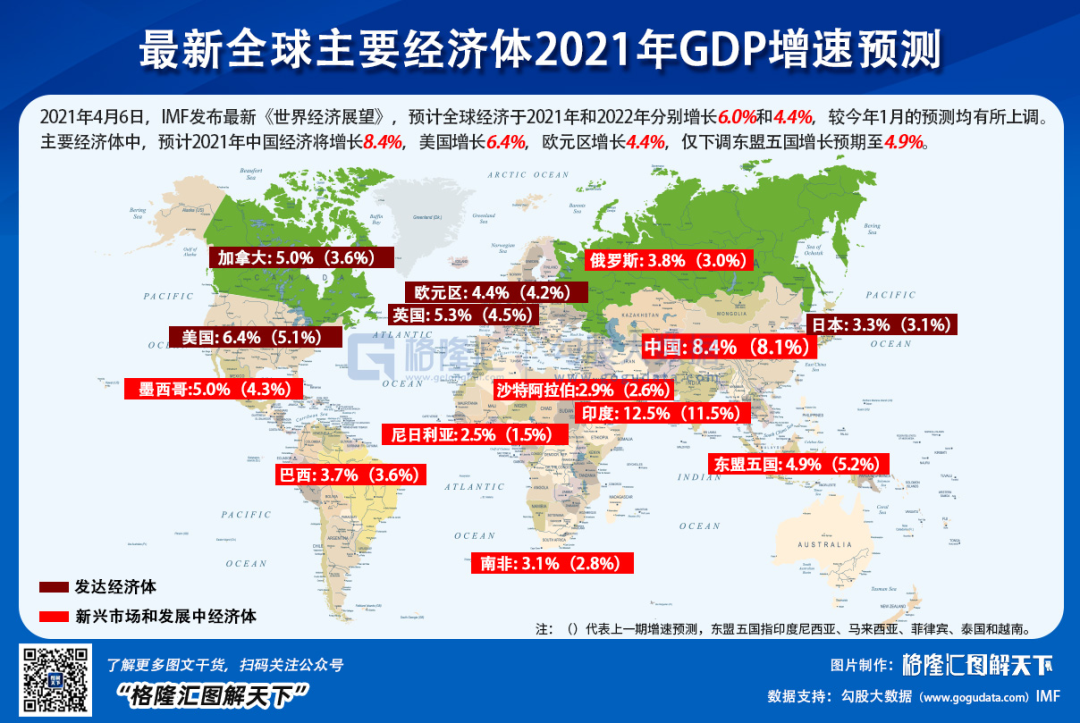 The continuous recovery of the real economy, whether it is V-shaped or U-shaped, will have an extra layer of significance for the stock market. The high valuation can be gradually digested, the stock market will gradually bottom out and stabilize, and the stock price will appear more Attractiveness, especially now that it has been adjusted for almost two months.

Secondly, the world is embarking on a new round of scientific and technological revolution, with new energy and 5G as the main engine, which is specifically represented by new energy vehicles, intelligent systems, photovoltaic power generation, carbon peaking, carbon Zhonghe, each of which is a trillion-dollar-level industry, these new engines will continue to provide growth momentum for the global economy, and will continue for decades.

So compared to the infinite loop of stock games, the dawn of new industries and new additions has begun to emerge. Whoever can embrace these new industries the earliest and fastest will win the future. Even if the purchase is expensive, as long as you can survive, you will always get ahead.

This can also explain why some new energy stocks, whether their stock prices or valuations are good, are difficult to return to their previous lows. This is like taking a high-speed train, and the morning car is very important, the big deal is to squeeze hard in the car. If you can’t stand the squeeze and get out of the car, it may be difficult to get on the car again in the future.

From the perspective of asset shortages, the Chinese market itself is attractive. China’s government bond yields and bank interest rates are significantly higher than those of major foreign markets. It is an established fact that foreign capital is looting China. Moreover, compared to some developed countries with a small domestic market, even if they have good products, they have to spend their time and effort to turn to the international market, otherwise they will not make a lot of money. On the contrary, the Chinese market with 1.4 billion consumers, as long as the products are good enough, The price is competitive, and you can already make a lot of money by doing domestic business alone. If you count going to the sea to conquer the countryOutside the market, it is even more promising.

In other words, China is more likely to give birth to huge listed companies. This is the dividend that China and the Chinese capital market will give global investors.

In recent years, A-share funds have been desperately concentrating on consumption and high-tech, and the answer can also be found from it. Because the Chinese market is guaranteed, consumer stocks are simple and easy to understand, the chassis is solid, the profitability is strong enough, the margin of safety is high enough, and the technology stocks If it grows at a high speed, it is easy to soar into the sky.

April is usually when listed companies hand in their transcripts from the previous year. For fund companies and fund managers, it is also a good time to use spring plowing and planting, adjusting positions, layouts, increasing holdings, and reducing holdings. Many fund companies surveyed everywhere. Net celebrity Yifangda Zhang Kun, as well as star fund companies such as Ruiyuan, Fortune, China Europe, etc., illustrate this point.

Moreover, don’t overlook an important detail, that is, during the booming period of the Q1 stock market this year, the major fund companies “crazed money”. 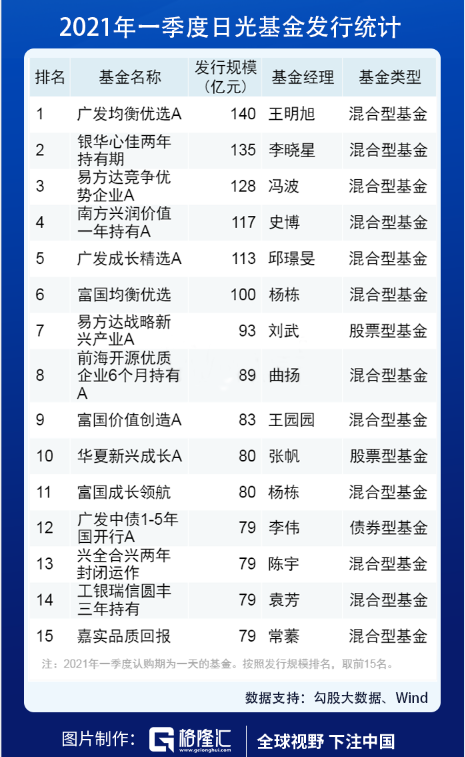 More importantly, 80% of these new funds are partial stocks. Has all this money entered the stock market? In my opinion, it may not be necessary. This also means that the main players may not be “exhausted of ammunition and food” as we imagined. On the contrary, they still have a high probability of “sufficient food and grass” and only a good time to enter.

Some people may say that the net value of many funds has fallen, and the Christians have suffered heavy losses. Even if the fund company has food, they have saved themselves.

This really distinguishes time and crowd. It must be affirmed that, compared with the peak period last year, the fall of the fund’s net worth is too normal, because the stock market itself has already pulled back from a high level, but relatively earlier time nodes, fund companies are still making money, and Earning is not a small amount of money. Similarly, if investors who bought the fund earlier, they believe that the income is still positive, but it is relatively less profitable during the peak period. Of course, those who entered in the later stage, especially those who took the high position in February, really have nothing to say. The public pays too much attention to this group of people, and the probability is only because of the news effect.

In my opinion, the large-scale return of funds requires two “eliminations”, one is the elimination of liquidity tightening expectations, the other is the elimination of high valuation bubbles, and the main line of return is, except Pro-cyclical and low valuations, of course, are also indispensable for consumption and technology.

Because when I wait for the autumn harvest, I may suddenly find that I have been in such an April day, but I was at a loss at that time.