Last month, a fire broke out in the data center of European cloud service giant OVH, which caused a large number of websites to be paralyzed, and even some customer data was completely lost and could not be recovered.

At that time, the topic of data center protection aroused heated discussion. Among them, “heat dissipation” has always been a major problem facing data centers. Large domestic and foreign manufacturers have also made unique tricks: Ali used lake water cooling technology to set up in Qiandao Lake Data center; Facebook built the data center in Sweden close to the Arctic Circle, and used fans to introduce the polar cold wind; Tencent Cloud Gui’an Qixing data center was also set up in a shady cave in Guizhou…

And Microsoft, which directly put the data center into the ocean before, got an unexpected gain: the server failure rate of the underwater data center is lower than that of the traditional data center.

Perhaps with this as an inspiration, Microsoft has recently begun to work on a new way of cooling: intruding servers into “liquid baths.” 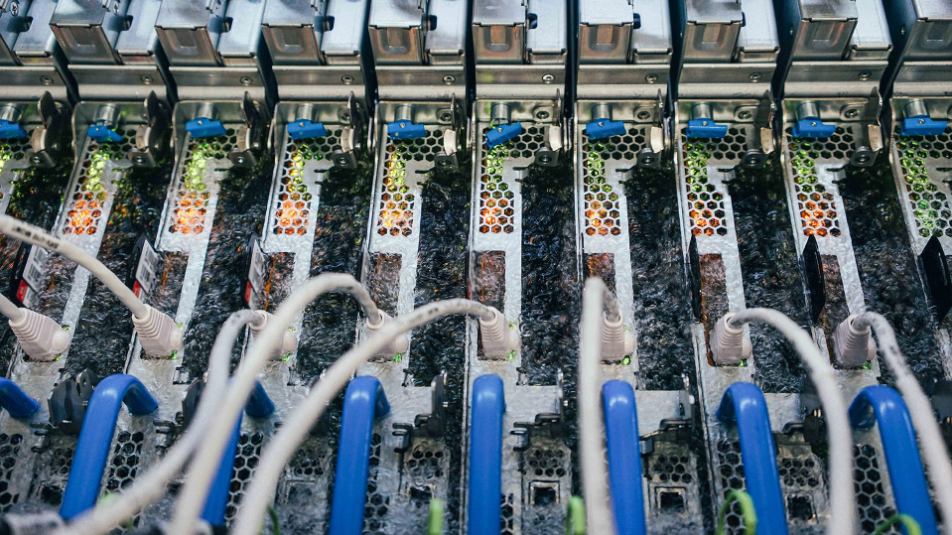 Air cooling is not enough

In recent years, most data centers have been using air cooling to cool down, that is, using outside air to reduce the temperature to below 35 degrees Celsius through evaporation.

However, with the development of chips, more transistors are packaged on chips of the same size, and the operating speed of computer processors almost doubles every two years. Demand is also accelerating.

The higher the power delivered by the processor, the more the chip will dissipate heat. In order to avoid the chip from overheating and causing failure, the cooling requirements will also increase.

In this regard, Christian Belady, an engineer and vice president of the Microsoft Data Center Advanced Development Group in Redmond, said: “Air cooling is not enough. This is what prompted us to adopt immersion cooling, where we can directly evaporate. To remove the heat from the surface of the chip.” He pointed out that the heat transfer effect of the liquidThe rate is several orders of magnitude higher than that of air.

As a result, Microsoft began to use liquid cooling: immersing the server in liquid.

Dipping computer accessories into liquid may sound like a fantasy at first, but for Microsoft, which has already sunk its data center into the ocean, it is just commonplace.

The Natick project to explore the potential of underwater data centers has made Microsoft a lot of gains. Ben Cutler, the project leader, discovered: “The failure rate of data centers in water is one-eighth of that on land.” Through preliminary analysis The main reason for this result is that there is no corrosion interference from humidity and oxygen in the underwater data center.

Therefore, Microsoft currently chooses to directly immerse the server hardware in the liquid. Husam Alissa, the chief hardware engineer of the Microsoft Data Center Advanced Development Team, explained: “We have introduced the sea to the server instead of placing the data center under the sea. “

Microsoft calls this heat dissipation method two-phase immersion cooling. The immersion liquid is a non-conductive liquid specially designed by 3M. The working principle is: this liquid is based on fluorocarbon. When it directly contacts the server components, it absorbs heat and easily reaches a lower boiling point-50 degrees Celsius. When the steam encounters the condenser, it will automatically liquefy into liquid and fall back into the server. Thus, a closed-loop cooling system is formed, and because no additional energy is required to flow the liquid, the condenser does not need a cooler, which greatly reduces the cost. 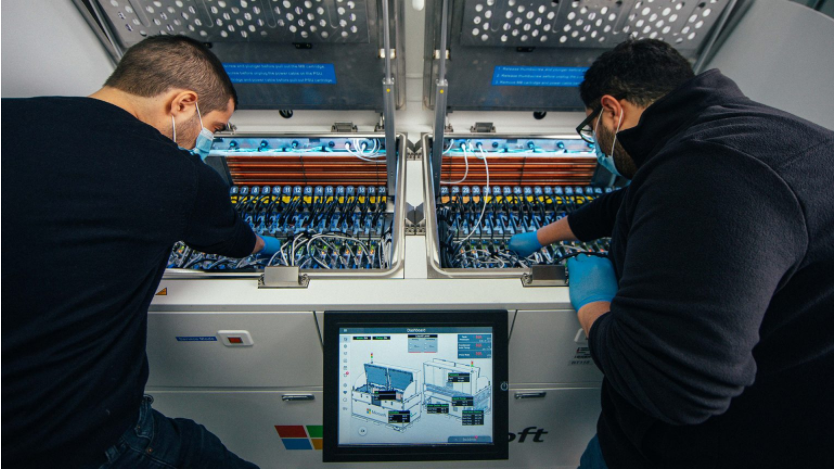 In an interview with The Verge, Belady described its image as: “This is actually a bathtub.” He metaphorically said: “The shelf will lie in the bathtub, and the boiling phenomenon you see is like The boiling in the pot is the same. Only, the boiling temperature in your pot is 100 degrees Celsius, while ours is 50 degrees Celsius.”

Marcus Fontoura, a Microsoft technical researcher and corporate vice president, is also very optimistic about this approach. He believes that the transition to two-phase immersion cooling can increase flexibility to effectively manage cloud resources. For example, software that manages cloud resources can allocate sudden peaks in data center computing demand to servers in liquid-cooled storage tanks. Because these servers can run at higher power (ie overclocking) without the risk of overheating.

When referring to the inspiration for this method, Microsoft clearly pointed out that it was influenced by the use of this liquid cooling technology by cryptocurrency mines in recent years to assist in the mining of cryptocurrencies. Therefore, in the past few years, Microsoft has tried this technology to cope with higher intensity and intensive workloads in the future.

In addition, the adoption of liquid cooling technology is also related to Microsoft’s promise last year that it “will solve the problem of water scarcity”: by 2030, the amount of water it collects will exceed the amount of water used in its global operations. At present, Microsoft has used rainwater collection systems in its offices and collected condensate from air conditioners and factories.

However, as Microsoft’s water consumption continues to increase, it has become more and more challenging to achieve the goals as planned. At this time, the promotion and use of two-phase immersion cooling will be of great help.

Actually, this immersive process has been in the industry for several years, but Microsoft claims that it is “the first cloud provider to run two-phase immersion cooling in a production environment.” But no matter what, Microsoft is right The heat dissipation of the data center can be described as very careful. Various methods that seem weird but feasible are tried one by one, and strive to choose the most suitable heat dissipation method.