In such a cycle of life, she was swallowed, trapped and unable to escape.

“No matter how tired during the day or sleepy before going to bed, as long as you lie in bed, the moment you want to fall asleep, your sleepiness will disappear accurately.”

This is the description of insomnia in the “Insomniac’s Dream” of the monologue “I heard her say”.

The full-time mother played by Bai Lily suffers from chronic insomnia, repeats the monotonous and boring housework during the day, and looks desperately at the ceiling waiting for dawn at night.

In such a cycle of life, she was swallowed, trapped in prison, unable to escape. 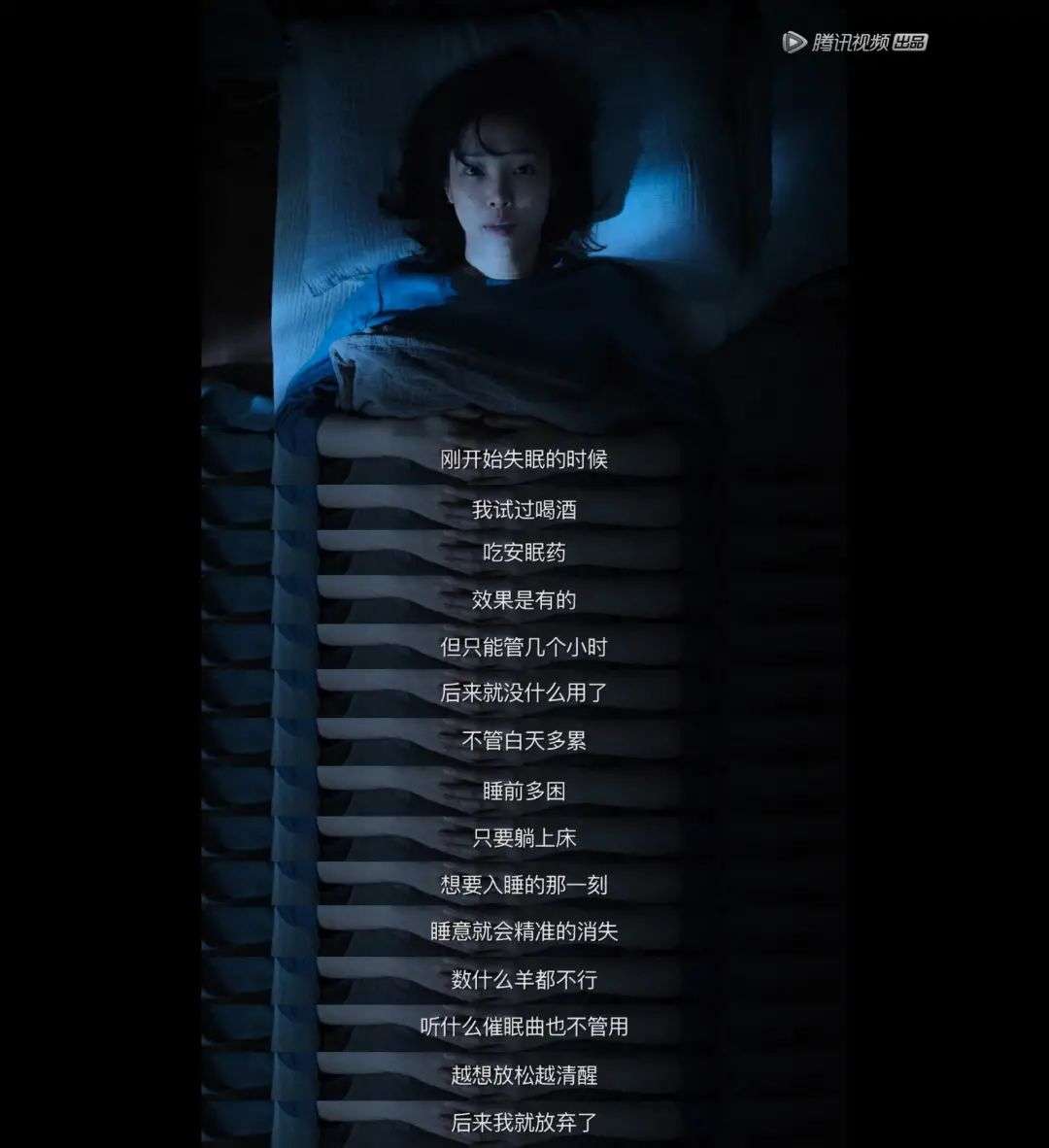 The monologue drama “I heard her say”, the diversity “The Dream of the Insomniac”

Insomnia is not only the dilemma of the heroine in the film and television drama, but also the symptom of the whole society.

Modern people who are lingering under the heavy hammer of life finally lie down with a tired body after being refined in the workplace, but have to face the “hard to get a sleep” situation.

Sleep is human instinct, but since then, more and more people have become involuntary in front of their basic needs.

It has become an extravagant hope to fall asleep on your own, and you can only seek outside help.

In the sad reality, the strange but reasonable profession of “sleep coaxing teacher” came into being. On Taobao platform, you can get a “sleep coaxing” service from them after spending about 200 yuan…< /p>

How did the “sleeping” industry come into being?

A survey report released by the Chinese Sleep Research Society in October 2020 shows that the incidence of insomnia among Chinese adults is as high as 38.2%, which means that more than 300 million people in the country have sleep problems.

Especially in the past year, affected by the epidemic, people’s overall time to fall asleep has been delayed by 2 to 3 hours, and searches for sleep problems have increased by 43%.

The anxiety caused by insomnia has nowhere to hide in the Internet world.

Related topics are frequently searched and hundreds of millions of readings are behind each entry.

Sleep disorders have not only become a modern epidemic, but also show a trend of younger people.

The 2020 Ali Health Report stated that among users searching for “insomnia”, the post-90s and post-00s accounted for as much as 60%.

Enter the word “insomnia” on the Xiaohongshu, and there are more than 400,000 associated notes.

In order to get a good night’s sleep, netizens take the trouble to plant, pull, and replant grass.

Until these static and technological ones can no longer meet the needs of falling asleep, people begin to target the help of other “living people”, that is, artificial service sleepers.

Among the top ten unpopular occupations announced by Taobao in 2020, sleep coaxers are among them. 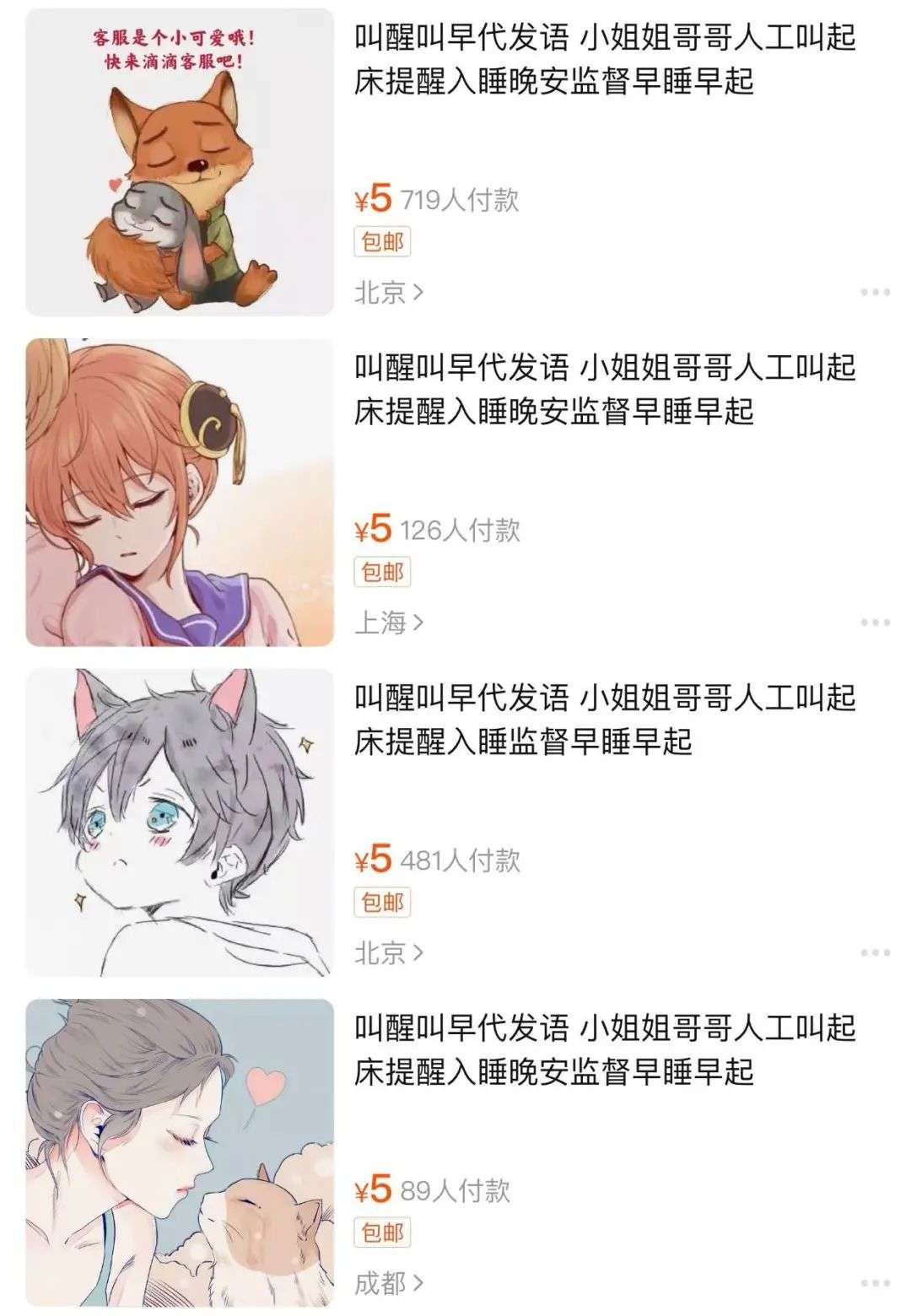 In addition to the large number of “sleeping” orders on Taobao platform, the number of more professional ASMR (intracranial orgasm) anchors and UP hosts, which are called “network sleepers” by the media, is also emerging.

So what is ASMR, which sounds very academic?

According to some ASMR professionals, ASMR refers to the pleasant stimulus produced by the human body in the brain, scalp, back or other parts of the body through sensory stimulation such as sight, hearing, touch and smell.

A listener who triggers ASMR will have a strange sensation of intracranial numbness extending down the neck and back. 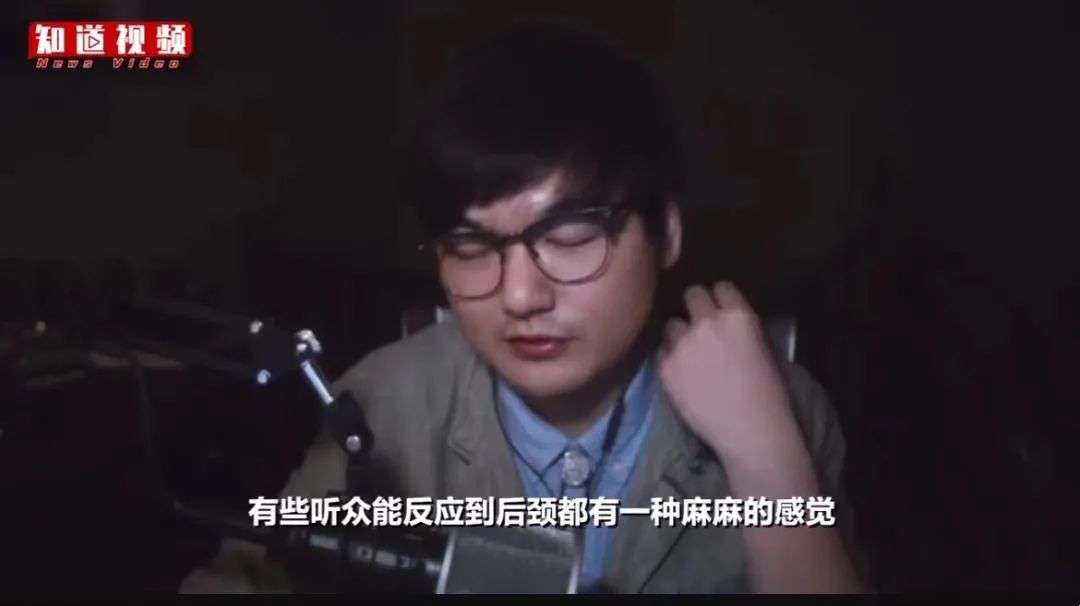 As soon as it was discovered that it could be introduced into the country as a means of promoting sleep, ASMR immediately began to expand its audience.

MinIn the face of this growing business opportunity that can create considerable benefits by visual observation, Rui Capital will naturally not hesitate.

For example, a series of sleep apps immediately launched the “Idol Sleeping” section. With “star sleeper” as a gimmick, it has attracted tens of millions of users in just a few years. 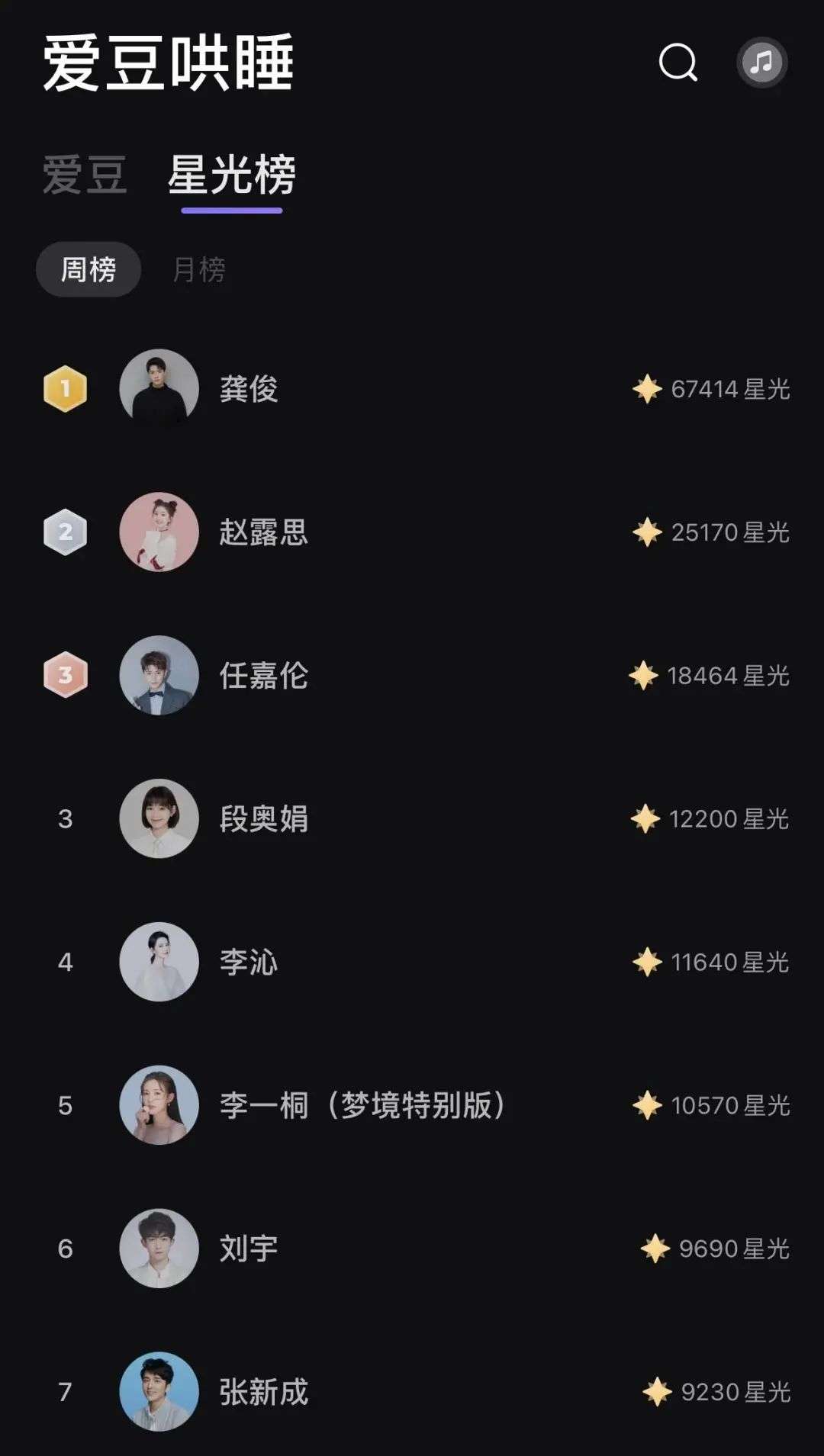 Another example, FM platforms with a solid audience base, such as Himalaya, Lychee fm, Maoer FM and other APPs, have also set the sleep aid area in the most conspicuous position on the homepage.

For a time, merchants, anchors, and platforms all attracted considerable traffic due to “sleeping”. The entire market was crazy “showing skills” around the theme of sleep, and all kinds of gameplay were dazzling.

The disparity of sleeping economy

In this game called “Sleep”, the world’s unevenness is also shown:

Some people find it hard to get a peaceful night’s sleep, and some people buy a “live alarm” to wake up in the morning.

Taking “sleeping” as a clue, along the grass-snake-grey line of the Internet, they are often led to a variety of personalized customized services for specific needs.

In Taobao, shops that provide sleep-shaking services will almost always extend their business to a more detailed experience: 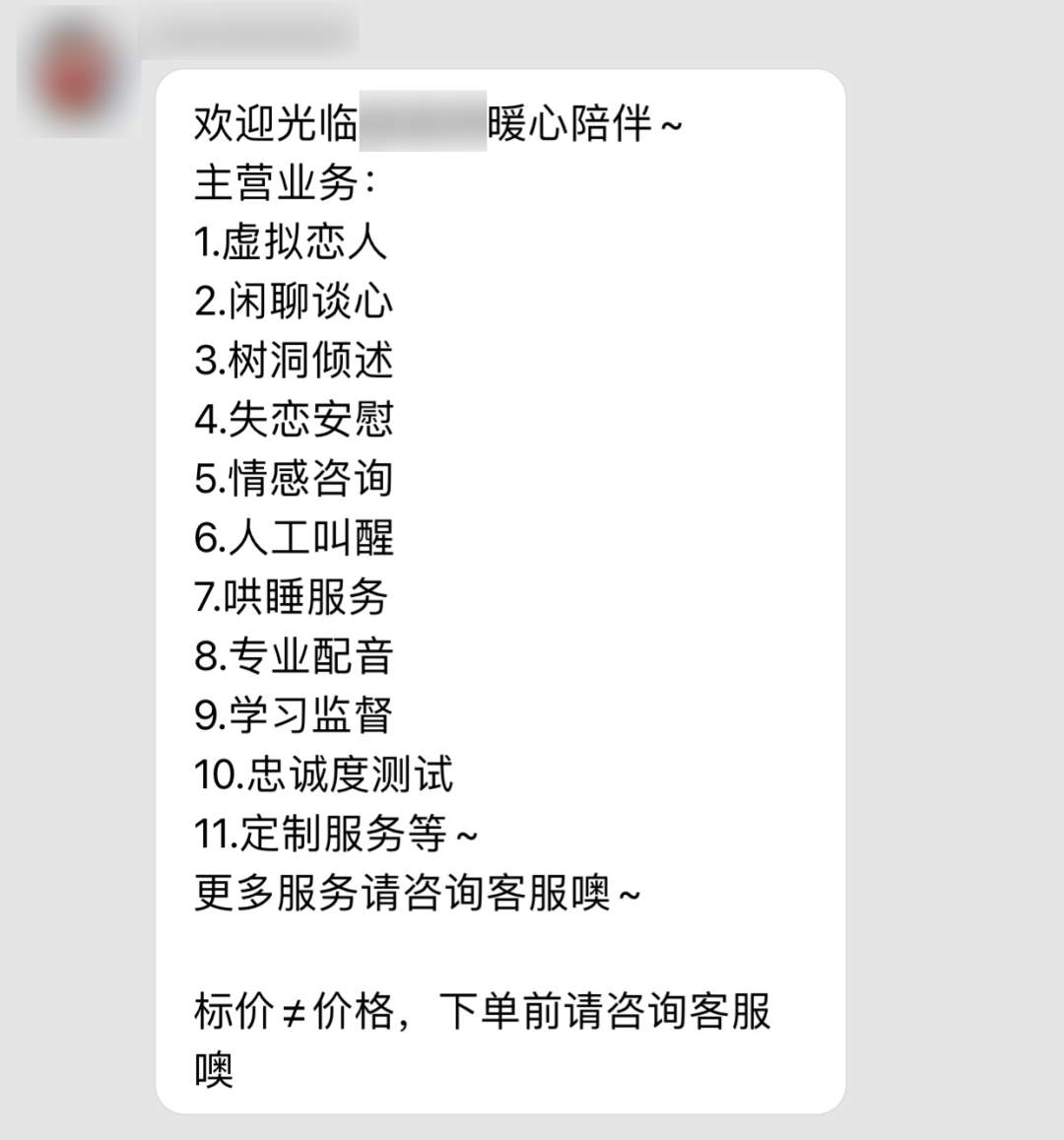 From “Gold Medal”, To the “town shop”, “male and female gods”, “chief”; from half an hour, to a day, a week, and a month, the price of an order can be tens or tens of thousands. 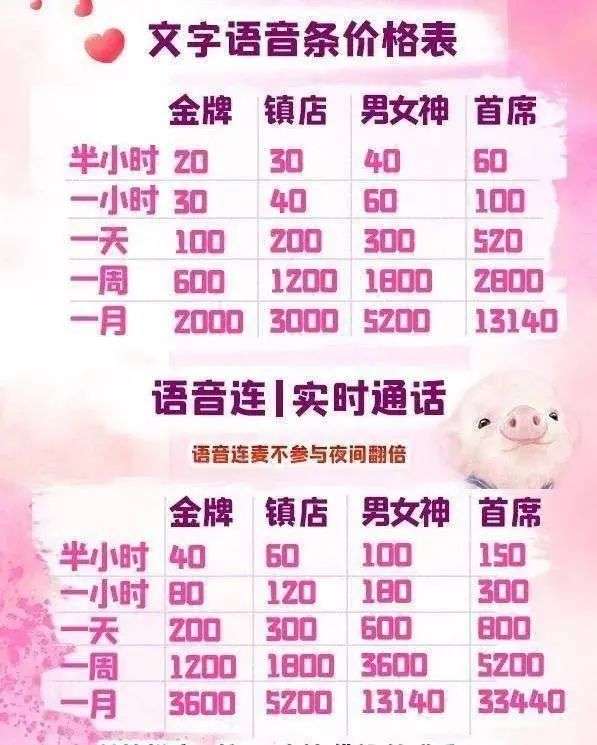 It can be seen that the “variability” is also reflected in:

They are both sleep coaxers, some people can easily make more than 10,000 yuan a month, and some people open an order based on luck; both are consumers, some yell that they have spent the wrong money, and some call the fairy experience.

The key element of the fairy experience is the sound. A gentle and pleasant sound is the most basic requirement for the sleeper, and it is necessary to “hear the sound like the face”.

According to the different preferences of customers, businesses usually divide the voice of the sleeper into “dominant president voice”, “milk dog voice”, “uncle voice”, “girl voice”, “yujie voice”, “loli voice” and other types , For people to choose. 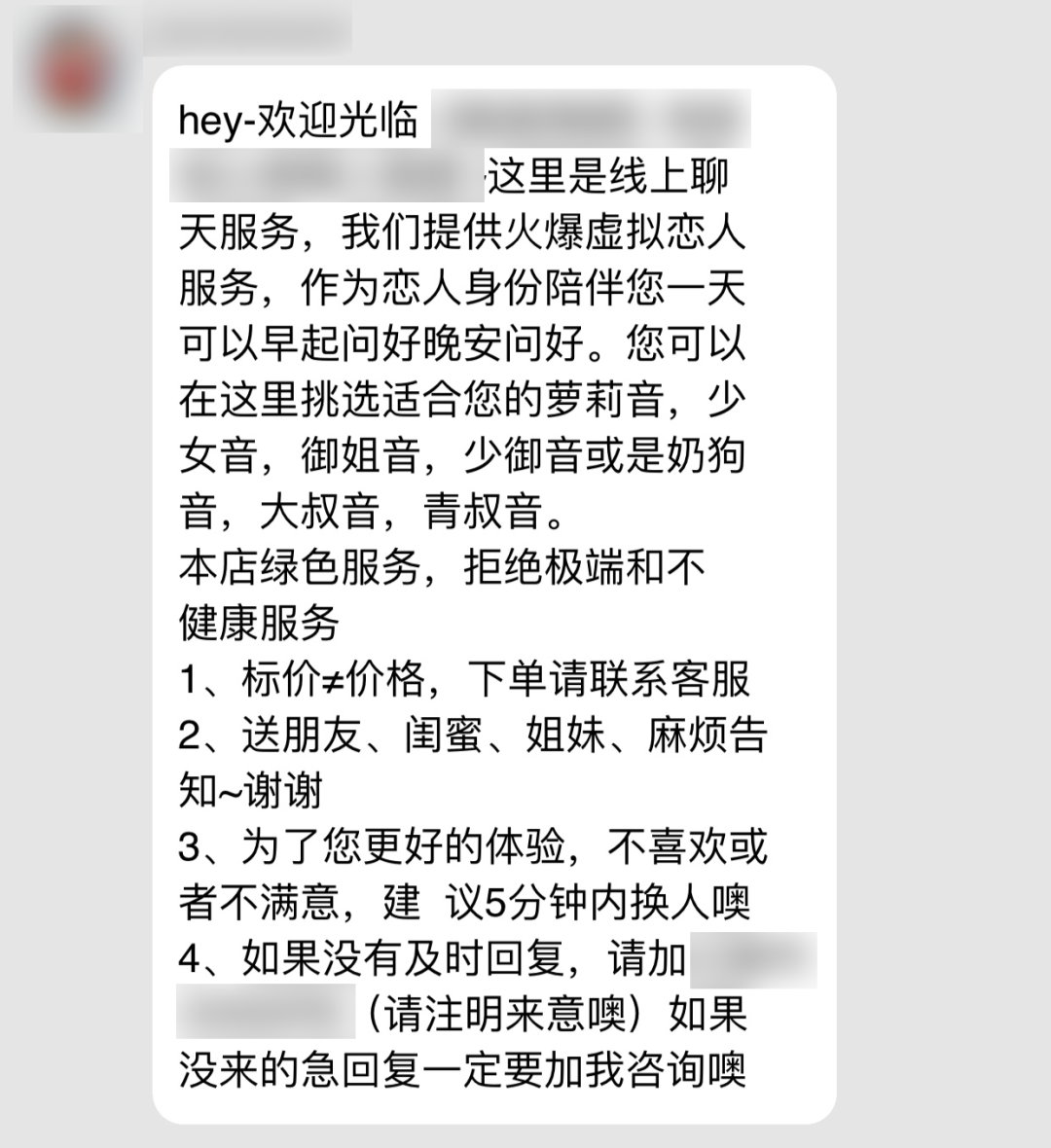 In addition, patience and high emotional intelligence are also hard indicators for the fairy coaxers. They even need to understand a certain amount of psychological knowledge.

Sufficient topics and paragraphs must be reserved to ensure that there is no coldness, quickly judge the characteristics of customers, mobilize their empathy ability to feel the other party, adopt different ways of coping with different troubles, or listen attentively, or appropriately echo, Or speak emotionally, or adjust the speed of speaking…

Let unhappy buyers get comfort after the chat, and let those who cannot fall asleep go to sleep during the chat. Customer satisfaction is the only criterion to test whether the sleeper is qualified.

In the fierce competition that can be called involute, the sleep masters are doing all they can to demonstrate the eighteen martial arts.

Some people know musical instruments, some others can speak foreign languages, some sing and kneel, some read poems and break their legs, some can switch freely between the voice of milk dog and the overbearing president, some are the masters of walking love, some are “old” with a mouth. Comedian”…

It can be seen that the vast ocean of supply and demand in the market and people’s desire for sleep support the ubiquitous disparity of the sleep economy.

Where can young people with insomnia go?

As a new industry, the sleep economy is a blue ocean, but under the coercion of traffic and benefits, the development of the “sleeping” industry has gradually deviated from its original track.

It is not difficult to imagine what the current market situation will be in the direction and variation of this demand. 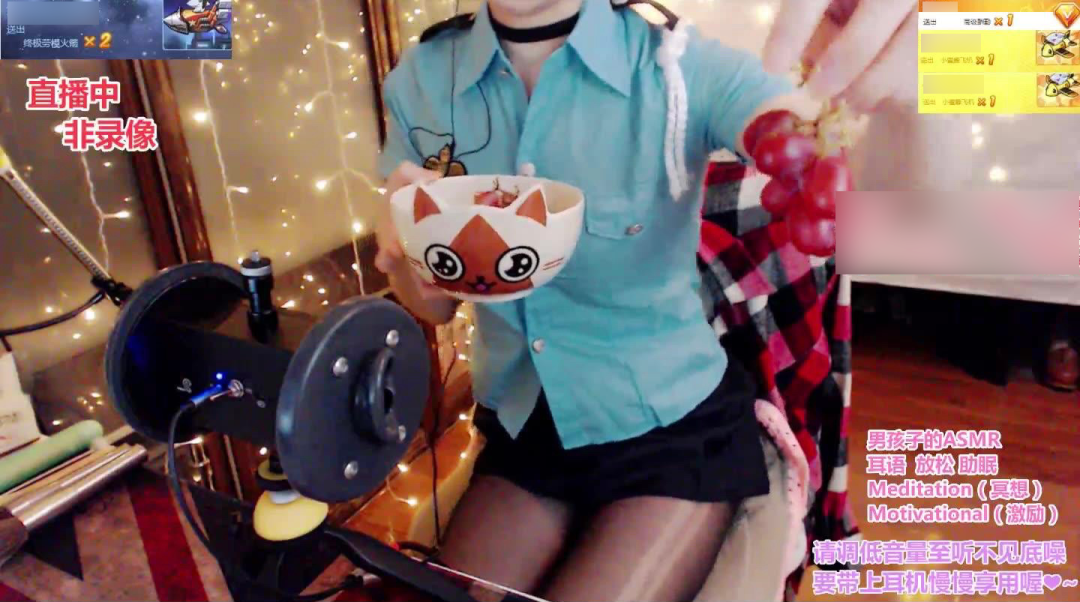 The oral sound as the trigger of ASMR has gradually become a hotbed for services such as “ear licking”, “suffering” and “groaning”. Sexy and revealing clothing and sexually suggestive actions have also become a shortcut to quickly earn money.

In the popular live broadcast field, many anchors are lost in the crazy heat and huge gifts brought by the “sleeping” business. 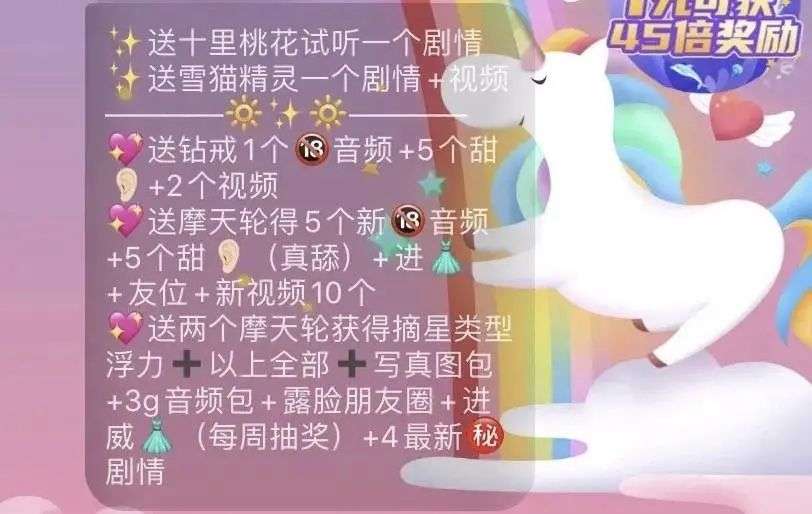 In June 2018, due to the vulgar and pornographic problem of ASMR content, many platforms were interviewed by the nationwide anti-pornographic and illegal activities.

In September 2020, an audio platform also has teasing content in its sleep aid area, To fall asleep.

Family cannot do this kind of communication, and friends cannot do it, but the stranger “Slumber Coaxer” can do it. 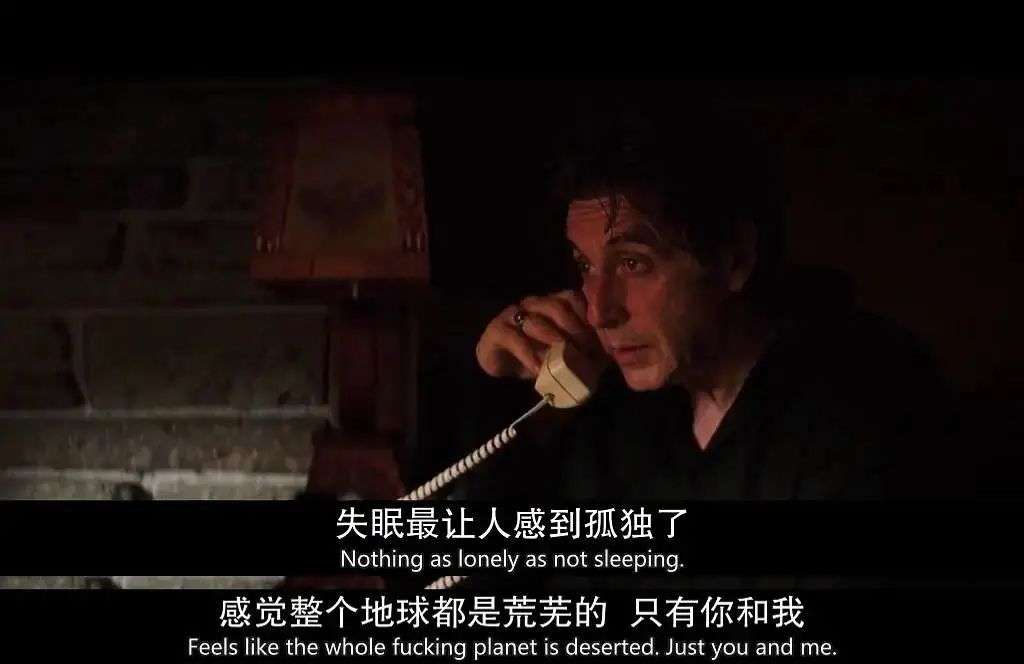 Screenshot of the movie “Insomnia”

In the current era, such needs are real and urgent. This is the practical significance of the existence of the occupation of sleep coaxers.

If you want to maximize the positive value of the “Sleep” culture, you must rely on high-quality service content and professional practitioners’ sense of faith.

Regularized and systematic operation is the only way for the “sleeping” industry to achieve a gorgeous turn.

Although, the motif about the loneliness of contemporary young people may still not be solved in a short time.

At least our personal life can temporarily put aside the “result-oriented” obsession, appropriately reduce our own pressure, and try to escape temporarily from the kidnapping of daily life. Maybe this will help sleep unexpectedly.