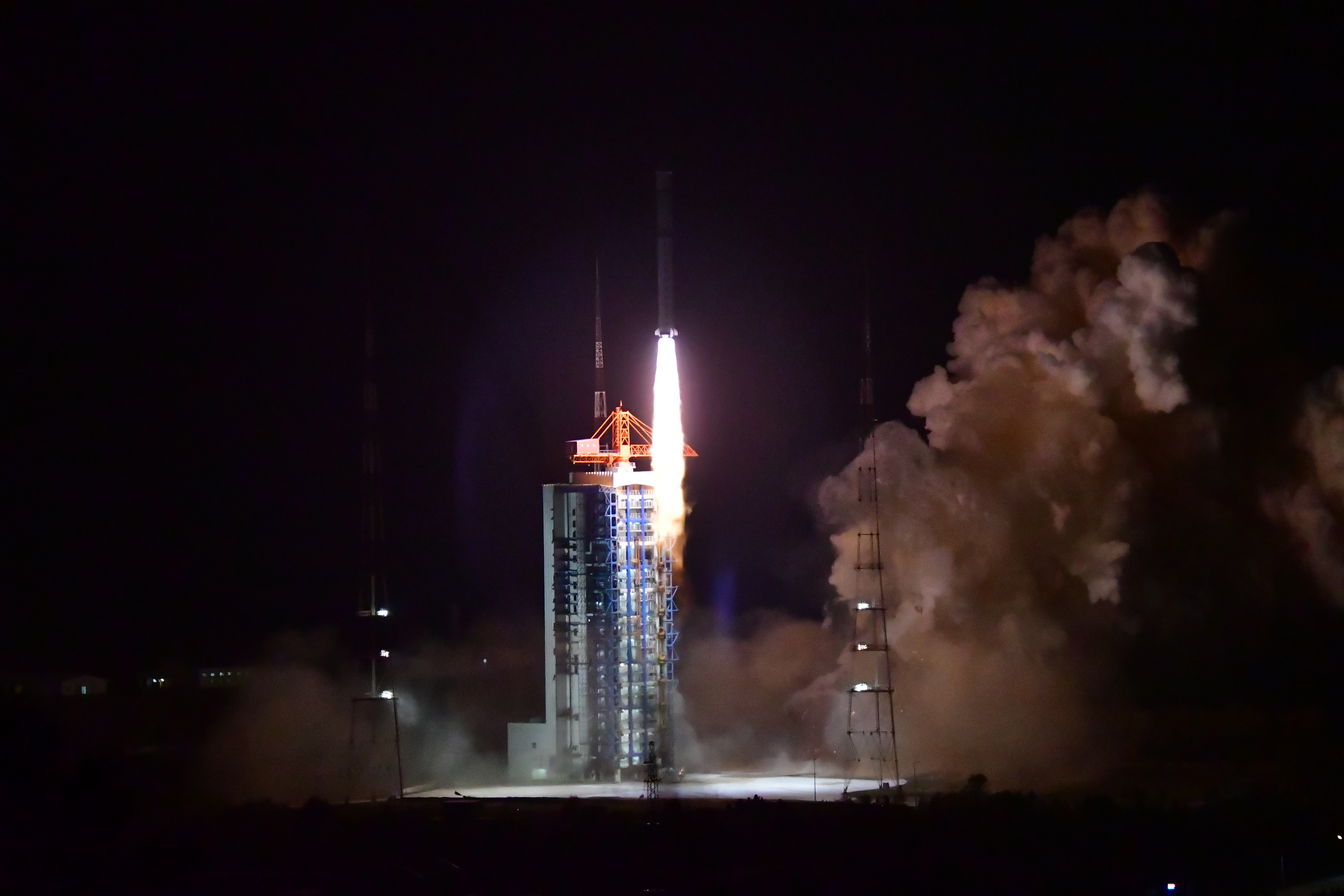 The reporter learned from the National Space Administration, October 14 At 18:51 on the same day, my country used the Long March 2D carrier rocket at the Taiyuan Satellite Launch Center to successfully launch the first solar exploration science and technology test satellite “Xihe.” The star will realize the world’s first space exploration of solar Hα-band spectral imaging, fill the gap in high-quality observational data in the source area of ​​solar bursts, and improve my country’s research capabilities in the field of heliophysics. It is of great significance to my country’s space scientific exploration and satellite technology development.

The full name of “Xihe” is the solar Hα spectrum detection and dual super-platform science and technology test satellite, which operates in a sun-synchronous orbit with an altitude of 517 kilometers, and its main scientific payload is the sun. Space telescope. Hα is one of the best spectral lines for studying the response of solar activity to the photosphere and chromosphere. Through the data analysis of this spectral line, the changes in physical quantities such as atmospheric temperature and velocity during the solar eruption can be obtained, which is helpful for studying the sun. The dynamic process and physical mechanism of the explosion. During the orbit of the satellite, it will observe the performance of the photosphere and chromosphere of solar flares and coronal mass ejection, explore the dynamic characteristics and trigger mechanism of the source area of ​​the solar eruption, and detect the chromosphere performance of the formation and evolution of the sun’s dark bars to reveal its The internal connection with the solar eruption will also obtain the Doppler velocity distribution in the Hα band of the whole solar surface, study the solar low-level atmospheric dynamics process, and provide important support for solving scientific problems such as the physical model of the entire process of solar eruption energy transmission from the inside to the surface. .

The satellite adopts a “dual super” satellite platform design with ultra-high pointing accuracy and ultra-high stability. The platform will apply maglev technology in orbit and adopt a new “dynamic and static isolation non-contact” overall design method to physically isolate the platform cabin from the load cabin, block the impact of platform cabin micro-vibration on the load work, and greatly improve the load attitude pointing accuracy and attitude stability Spend. In the future, the dual-super platform technology will also be widely used in new-generation space missions such as high-resolution detailed ground surveys, large-scale three-dimensional surveys, three-dimensional solar exploration, and exoplanet discovery, which will help my country’s space science and space technology leapfrog development. develop.

In order to further encourage the public, especially young people, to pay attention to spaceflight, spread the space spirit, and stimulate the enthusiasm for exploration, under the guidance of the National Space Administration The Eighth Academy of the Group and Nanjing University jointly organized and launched the first solar exploration science and technology experiment satellite naming activity, and received more than 10,000 naming plans. After three stages of solicitation, selection and expert recommendation, the final name was “Xihe”. Xihe is the goddess of the sun in ancient Chinese mythology and the goddess who sets the time calendar, and is known by the people as the mother of the sun. The name takes the meaning “Imitate Xihe and control the horse, and aim to herd the stars in the sky”, which symbolizes the origin and development of China’s exploration of the sun.

This mission is the 391st launch of the Long March series of carrier rockets.