The style of Yu Zheng in the early years is still not obvious. The works are both “I Love Hedong Lion”-style light comedy, and there are also martial arts drama IP adaptations like “Chu Liuxiang Legend”. Until 2010, Yu Zheng Studio produced It is “beauty plan” of the screenwriter.

After the show was released in 2011, the show quickly won the top ratings of Beijing, Anhui and other TV stations. The Douban score was 7.6 points, which also allowed Lin Xinru to usher in the new peak of the career after “Huizhugege”. In the same year, the “Palace” of Yang Mi, Feng Shaofeng, and Julia was exiled, and the highest ratings of TV dramas broadcasted by provincial TV stations were refreshed for five years. 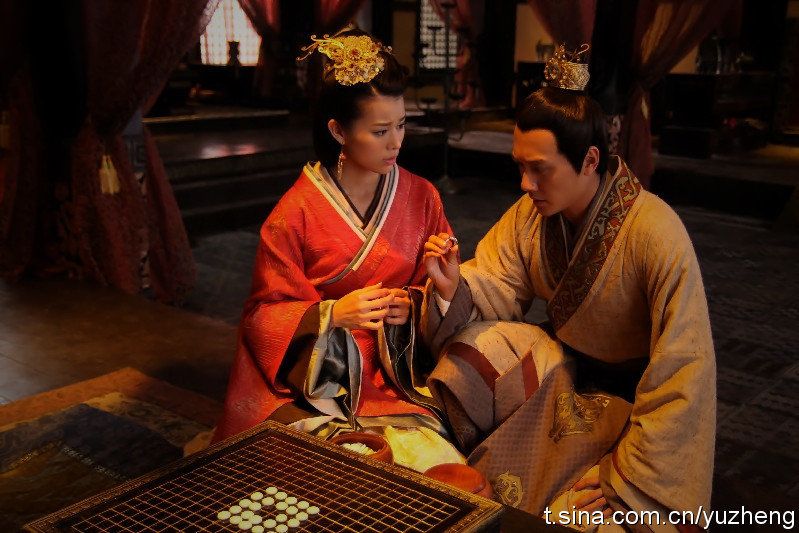 Li Hao, the current party secretary and executive deputy director of Hunan Satellite TV, once commented on Zheng Zheng, calling it a TV expert who is deeply optimistic about the audience. It was also after the “Beauty of the Beauty”, officially laid the foundation in the formal aesthetic style, not only the works became more and more colorful, the Mary Su female host and the sad man II also became the standard in their plays.

And as shown in the “Artist”, Yu is good at putting the right actors in the right place. He does not hide the appreciation of the spicy eyes in the show. He praises Zhao Liying as the most outside the show. The actor who is in love with his heart has an almost persistent attachment to his choice of actors in the early days.

With the mentality of “hoping to export his own world view and spiritual outlook”, Yu Zheng became the “teaching director” in the mouth of Jiang Sida. 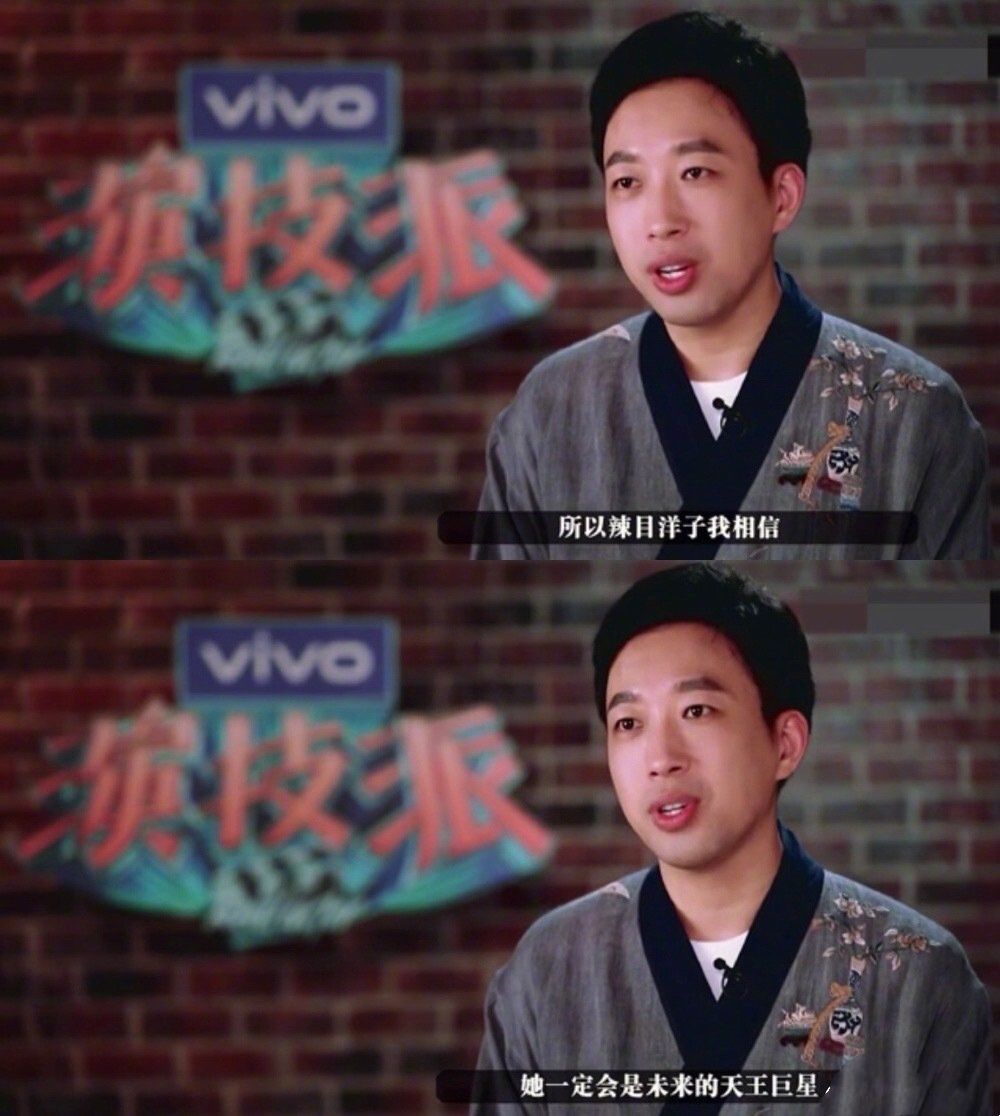 In “Only Three Days Visible”, Yu Zheng called to reprimand the partner and could not follow the actor’s intentions; in “The Performing Arts”, Yu Zheng insisted that the acting variety can not be contrary to the common sense of performance, can not be used for rehearsal. The clips are used to do PK; on Weibo, Yu Zheng occasionally shows the chat records of teaching his own artists.

However, too much performance is somewhat deliberate.

In the middle of a dispute,but never “show weakness”

It can be said that what is created in the positive is the “strong mind of “not caring about other people’s opinions, not suppressing their own opinions, not willing to fall behind”, but in turn, it is such a “philosophy of life”. It is becoming a “special” existence.

The first thing to be questioned is thatThe historical loopholes appearing in the script and the subversive adaptation of the original.

In 2013, Yu Zheng adapted Jin Yong’s “Swordsman” to rewrite the original undefeated in the East as a woman, and jumped from the supporting role to become the protagonist of the play, causing a lot of original powder dissatisfaction. Prior to this, “Beauty of the Beauty”, despite the viewing of Changhong, but the details can not withstand the scrutiny, and even there are many objects and systems that should not appear in the context of this era. 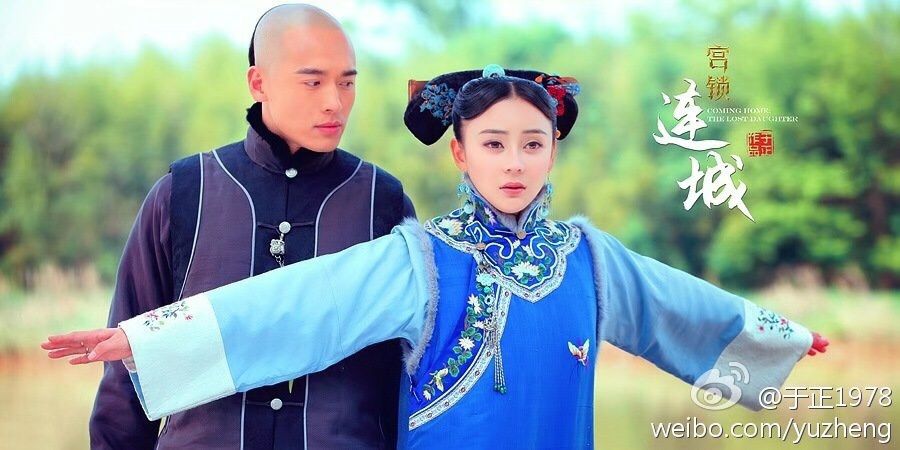 In 2014, the screenwriter Qiong Yao sued the “Miyao Liancheng”, which was sued in the scriptwriter’s play, plagiarized “Plum Blossom”, and condemned dozens of peers to condemn. Although Yu Zheng had made a counterattack “no culture, I said that I plagiarized”, but eventually lost the case, was awarded a total of 5 million yuan in compensation, and apologized to Qiong Yao.

A wave of unrest, a wave of up again.

After refusing to apologize to Qiong Yao, at the end of the same year, he received another complaint. The suspense novelist Zhou Haohui said that Yu Zhengzheng, the editor and producer of the TV series “Made in the Beauty”, lyrics plagiarized his novel “Evil Hypnotist”. After two years, Yu Zheng lost the case again and was Judging with the production company related to TV dramas, it compensated more than 830,000 yuan. 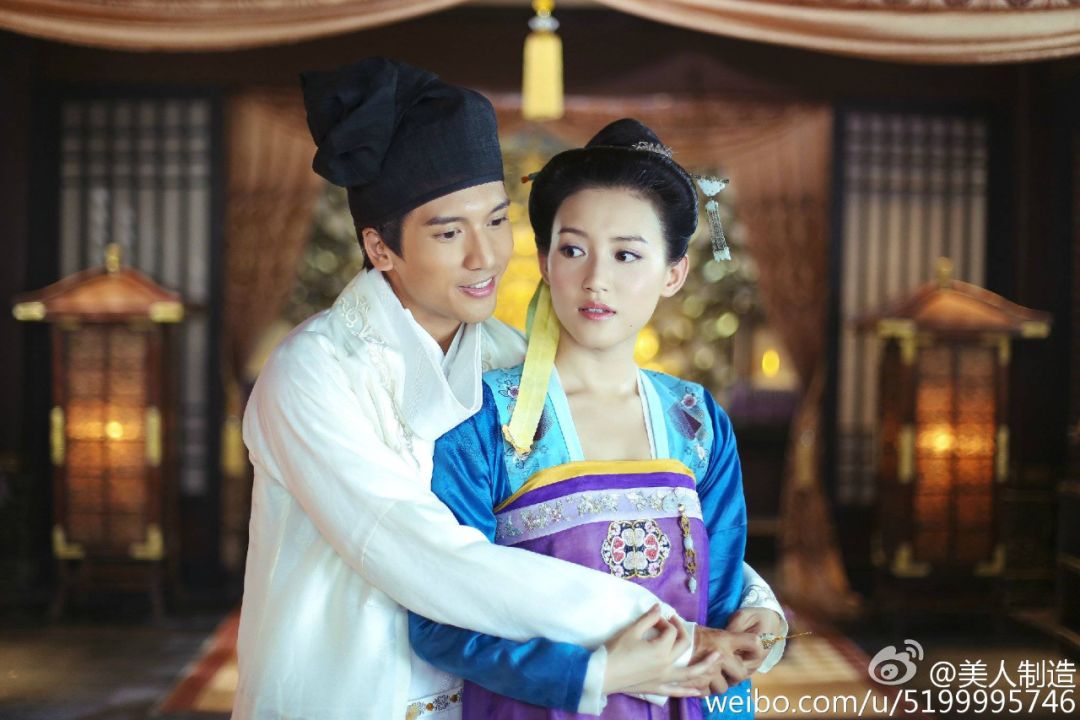 But it’s interesting, when in 2018, the screenwriter Song Fangjin tweeted in the “Tucao Conference” after Zheng and Guo Jingming plagiarized, Yu Zheng can issue a statement on Weibo that the speech is obviously insulting and personally aggressive. The use of Zheng’s news hype has hurt Yu Zheng’s reputation and personal dignity.

In a way, in a true sense of self-interest, this kind of “self-interest” has caused him to produce an extremely “reverse” mentality, and most of his nervousness in his career comes from Self-awareness. 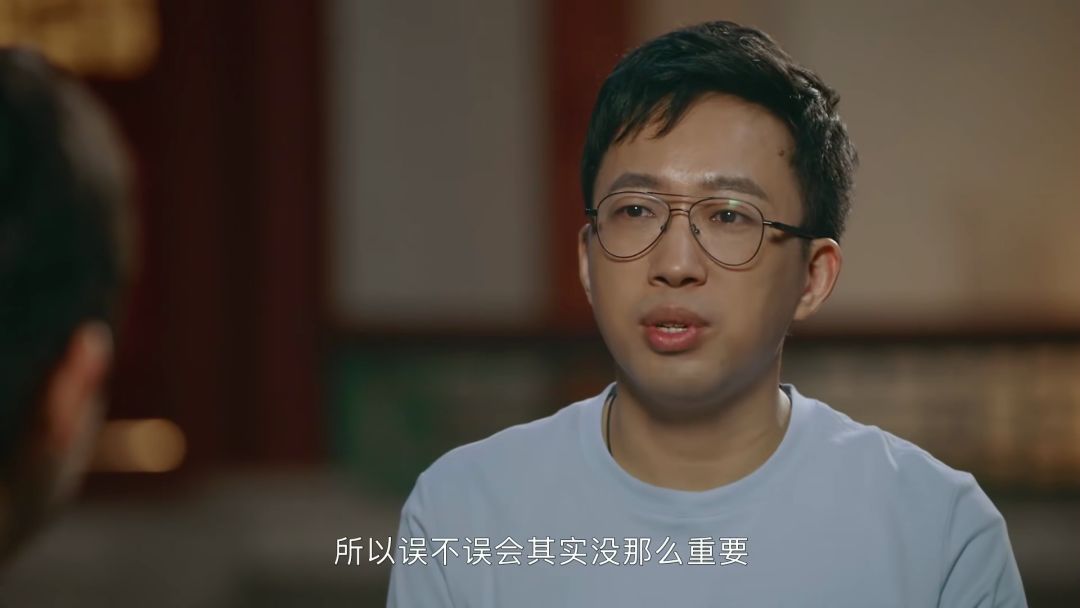 In “Only Three Days Visible”, Yu Zheng said that most of the time he can not care about other people’s opinions. He has never listened to other people’s opinions and changed his manuscript. He will not be disturbed by other people’s emotions. On the contrary, he only realizes that he is aware of it. If there is a problem with the script or the TV series, he will be caught in the tension of work, and the only way to resolve this anxiety is to continue to vote for himself.Into work.

Show weakness, it does not exist in the positive dictionary.

But in the positive concept, the more everyone is not optimistic, the more he wants to get the “first place.”

In 2018, the “Yanyu Raiders” that made Yuzheng return to the peak was released.

According to the cat’s eye data, this is due to the original scriptwriter’s “Yanwei Raiders”. As of last year, the total number of broadcasts has exceeded 15 billion, and the maximum daily broadcast volume is 700 million. In addition, from the start of the show to the second day of the VIP closing, the number of fans who starred in Weibo increased by 2 million to 5 million. 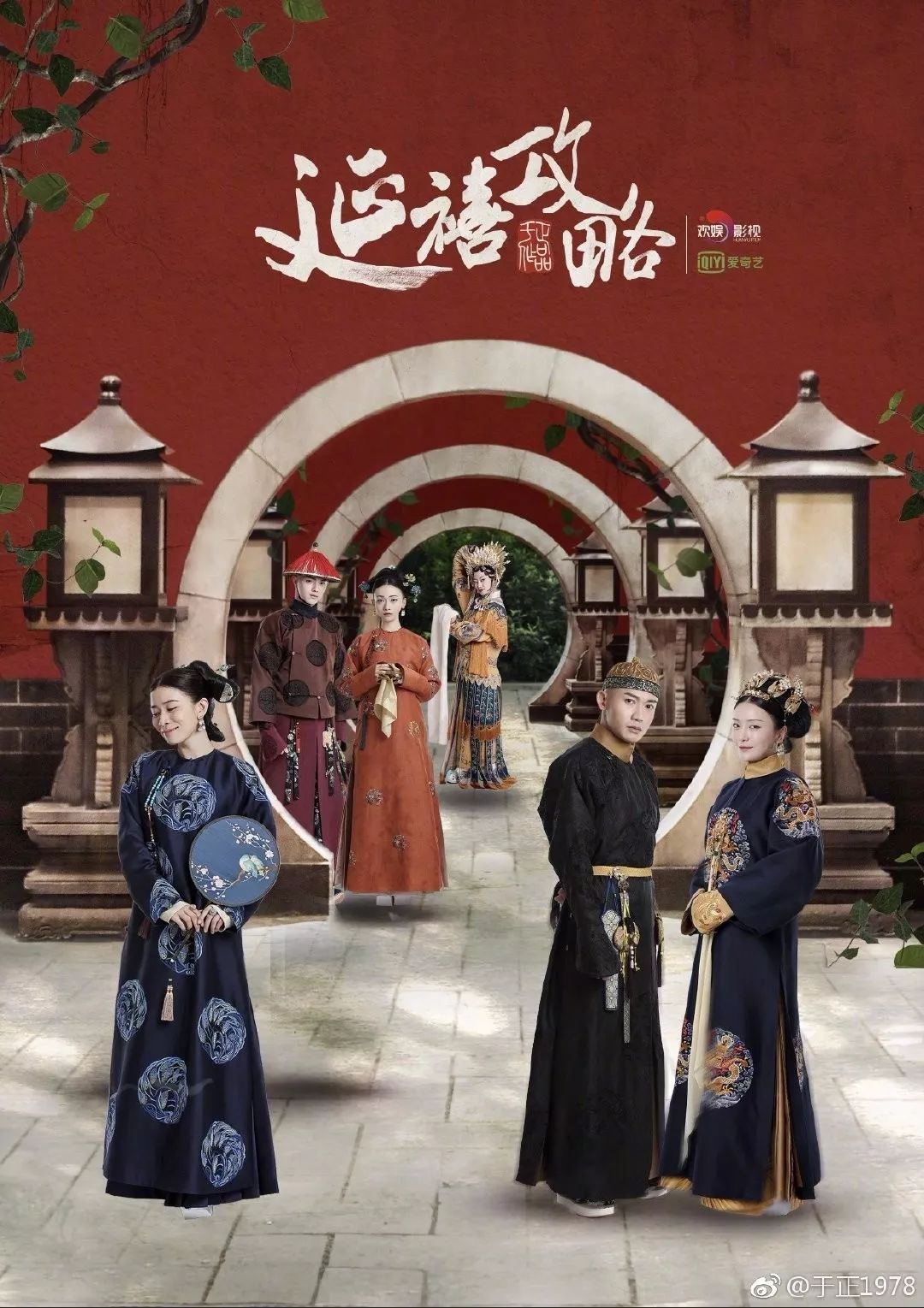 In addition, the show has changed the “Yu Zhengmei” that has been solidified for many years. The whole drama has become the hottest item of the year with its quaint, elegant style filter and anti-Mary Su’s character set.

Compared with a few years ago, with the help of one’s own efforts to create a script, today’s Yu Zheng, write a meal to consult food experts, write Qing Gong opera to consult the Qing Palace experts, in the professional degree is indeed constantly improving.

But obviously, Yu Zheng is not willing to convey information to the audience only through his work. Therefore, Yu Zheng, who studied in the United States for one year, prepared the “acting school” this year. 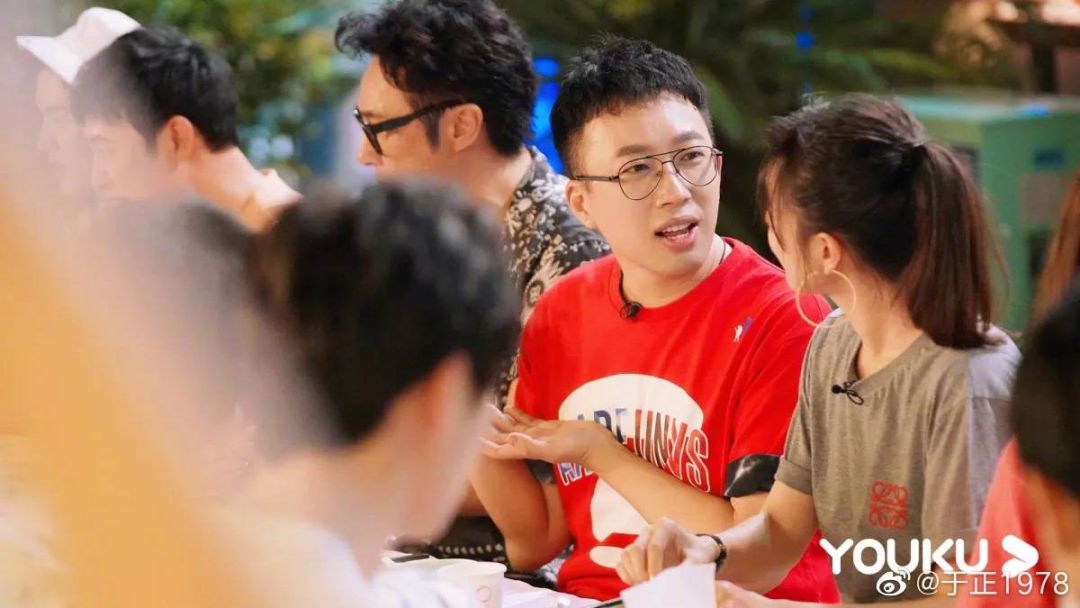 “I am very passionate about this line. I want to make a column that will let everyone know the actor’s difficulty, the actor’s suffering, and the actor’s speciality.” “My so-called ‘face value’ is my positive aesthetic, hot eyes. Yoko, I like it the most, to pour the country, to reverse the sentient beings, and the performance is very good…”

Yu Zheng is doing what he wants to do, and in addition to his role as a screenwriter and producer, he uses his own understanding of the performance to achieve more actors.

And for the audience, Yu Zheng, who walked into the “acting school” and walked into “only three days visible”, is still not happy, but it is no longer just that in the audience’s impression, only Weibo chicken soup will be sent. The preference for the use of actor marketing is positive.

At the end of the interview with “Only Three Days Visible”, Jiang Sida asked Yu Zhengzheng, “Do you think that the existence of Yuzheng has caused pain to others?” 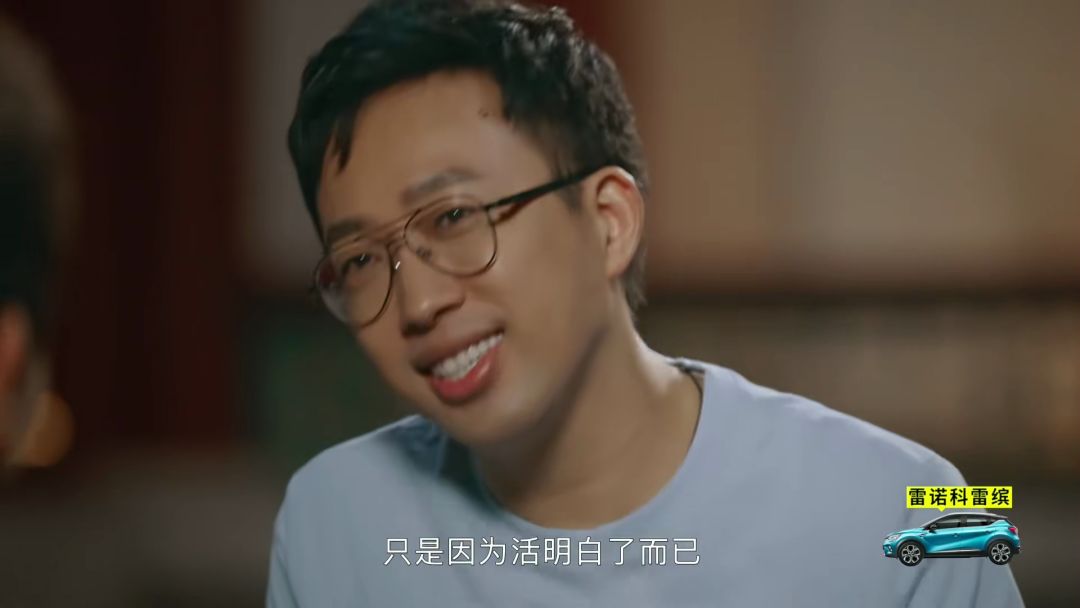 Yu Zheng, 40, began his introspection in life. But regardless of the introspection results, the controversy accompanying him will always “protect the escort” for his presence, and Yu Zheng is still moving forward.