Foxconn needs to prove to the market the value of “Industrial Wealth”, and building cars is just one option.

Cars are probably the most attractive industry in the world, none of them.

In the past, Boss Jia built a car and caused a well-known old Lai. Later, Ms. Dong broke into Yinlong New Energy. Weilai who directly entered the high-end market made Li Bin the worst person in 2019. No The “ideal” of mileage anxiety is somewhat unsatisfactory in terms of delivering results …

But this still failed to stop the enthusiasm of the latecomers. After the Evergrande official announced “Hengchi” and invested heavily in real money, Foxconn announced its own car building plan on January 17. , Said it will join the old car company Fiat Chrysler to enter the new energy vehicle market

According to the plans of both parties, FCA will hold 50% of the joint venture and Foxconn will hold no more than 40% of the shares. The two parties may sign a contract this quarter.

Liu Yangwei, chairman of Hon Hai Group, said that Hon Hai will be responsible for product design, parts research and development and supply chain management, but will not participate in the process of automobile assembly. In the future, the automobile business will account for 10% of its overall sales %. After the new company is established, it will launch cars in the Chinese market before considering exporting cars.

Actually, this cooperation with Fiat Chrysler is not the first time Foxconn has been involved in the automotive industry. Its actions on the automobile side can be summarized as a two-pronged approach.

On the one hand, R & D and production are focused on vehicle components.

Foxconn’s connection with the automotive industry can be traced back to 2005, when it acquired 100% of Taiwan’s Antai Electric for 370 million yuan.

Foxconn also invested in Ningde Times, a leading company in the domestic power battery industry in 2017, and exchanged 1 billion yuan for 1.19% of the latter.

In the same year, Foxconn and BAIC Group jointly invested in the development and production of next-generation power batteries and systems.

Foxconn’s layout of vehicle components is not only extensive, but its level has reached a certain level.

After Guo Taiming and Musk had an interview in 2013, Foxconn successfully squeezed into Tesla’s supply chain. According to incomplete statistics, Foxconn provided Tesla with more than 100 kinds of parts and components.

On the other hand, when Foxconn entered the auto parts industry, it also extended outward along the auto industry.

Before the rise of the sharing economy, Foxconn co-invested with BAIC Group to set up Beijing Hengyu New Energy Vehicle Leasing Company with a 6 to 4 shareholding structure, and launched the electric car time-sharing lease business GreenGreen Green Dog Rental Car) “.

However, the early entry and backing of the two giants did not allow Green Dog to go further. On January 16 this year, Green Dog Rental announced on the official WeChat public account that “due to the company ’s strategic adjustments and vehicle models, For reasons such as replacement and service upgrades, the company has officially decided to suspend the operation of the time-sharing business from 00:00 on January 17, 2020. “ Foxconn has also invested $ 190 million in domestic travel giant Didi, which has already invested Foxconn is also behind Mobike’s bikes that were taken over by the Meituan. Foxconn is not only a strategic investor in Mobike but also produces a large number of bikes for it.

In addition, in 2018, Foxconn also participated in the B-wheel integration of the new car force Xiaopeng Automobile.Information. 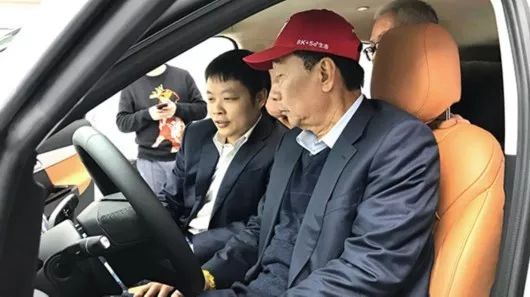 However, whether it is making parts or entering the travel market, Foxconn and the entire vehicle manufacturing Keep a certain distance.

In 2015, Tencent, Foxconn, and Harmony Motors jointly invested 1 billion yuan to establish a “Harmonious Futeng” company in the form of a 3: 3: 4 equity structure.

In the three-party plan, Foxconn will be responsible for the production of automobiles, and Harmony Automobile The establishment of sales and after-sales systems, Tencent is responsible for providing “connected car systems and technology platforms.”

“Harmonious and Prosperous” is not a car made like Weilai and Xiaopeng, but an automobile industry investment fund that has incubated FMC and Aichi Eway. Among them, FMC focuses on the research and development of high-end Tesla-type electric vehicles, while Aiyiwei focuses on low-end electric vehicles.

However, as Feng Changge, chairman of Harmony Auto, was exploded and was taken away to assist in an investigation in an official-related case, Harmonious Futeng ’s car manufacturing resource, Zhejiang Luye Automobile, was seized by the court, and Foxconn subsequently withdrew its capital.

From stepping into vehicle parts and components, entering Tesla’s supply chain, investing in Didi and Mobike, and entering the travel field, an automobile industry investment fund has also been established to invest in Xiaopeng Automobile.

Foxconn is involved in almost all aspects of the automotive industry. It is only a matter of staying away from assembly, which seems to be a little bit far-reaching for Foxconn, which has huge advantages in assembly.

This may be caused by the manufacturing logic of foundry giant Foxconn, and it is also related to why Foxconn builds cars.

In fact, Foxconn, as an international foundry giant, has always had its own anxiety. First, in terms of cost, as a labor-intensive enterprise, Foxconn has concentrated most of its production capacity in mainland China. As China ’s demographic dividend has decreased, Labor costs continue to increase, Foxconn has toMoving out of China, but no better alternative location has been found for the time being.

Secondly, the growth rate of Foxconn’s revenue has begun to slow. According to Foxconn’s 2019 annual financial report, its revenue was 178 billion US dollars. Although it reached a record high, the growth rate has slowed significantly. The year-on-year growth in 2019 was only 0.82%, and in 2017 this figure was still 8%.

In addition, relying heavily on Apple in the manufacture of communications equipment for its pillar business is also a major problem. In 2018, Foxconn had a third quarter performance that was lower than expected due to the decline in sales of new iPhones.

Therefore, regardless of the cost factor, the market environment, and its own development, Foxconn must jump out of the foundry and make a transformation and upgrade.

And the mobile phone industry closer to Foxconn is close to saturation, and has formed a group of powerful players such as Apple, Samsung, Huawei, Xiaomi ov, etc. There are not many opportunities left for Foxconn, and if it does Mobile phones are bound to cause conflicts with customers.

So there is a huge market and it is in a period of change between old and new energy sources. Foxconn also has a certain accumulation of technology in the automotive industry has become the first choice.

In June 2018, Guo Taiming, 68, frequently traveled to Beijing, Tianjin, Guangdong and other places to meet local institutions, officials and scholars. Must-speak “Industrial Internet”, to tear off the label of the foundry for “Industrial Wealth”, which will be listed on A shares. 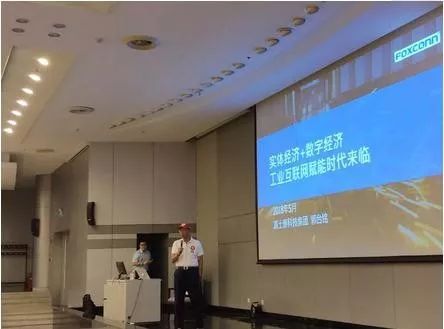 The difference between Industrial Internet and traditional industry is that the former can connect factories to industrial Internet platforms , Suppliers, products and customers are closely connected and integrated, thereby improving production efficiency and driving profits.

If you compare a car to an egg in a Foxconn basket, then the Industrial Internet is the future basket of Foxconn.

But from Foxconn’s current situation, there is still a certain distance from the beautiful vision of “Industrial Internet”.

First, the concept of the Industrial Internet is not optimistic