Hanfu is not posing for photos, but is also entering the homes of ordinary people.

It is learned that the Hanfu Guofeng brand “Thirteenth” has completed a round of financing of more than 100 million yuan. This round is jointly led by Zhengxingu and Station B, with a follow-up investment from Bubble Mart, and Mu Mian Capital is responsible for this round of financing. Exclusive financial advisor.

Beijing was established in 2016 and is committed to the youthful dissemination and popularization of Guofeng culture. The founder, Xiao Dou Kou, is the host of Guofeng UP in Station B. There are nearly tens of millions of fans on the social platform, and more than 13 There are more than 4.1 million Amoy fans. In 2019, it received a preA round of financing from the famous angel investor Wang Gang’s Jue (JUE) Capital. More than thirteen took Hanfu as a starting point to explore new models of carrying and innovating traditional culture with contemporary consumer goods. Its main products include original Hanfu, national style clothing, shoes, boots, luggage, home and other national style daily consumer goods, which are quite a new generation of young people. People love it and become synonymous with “the first set of Hanfu in the closet“. In 2020, more than thirteen ranked first in total sales of Taobao and Tmall Hanfu brand. 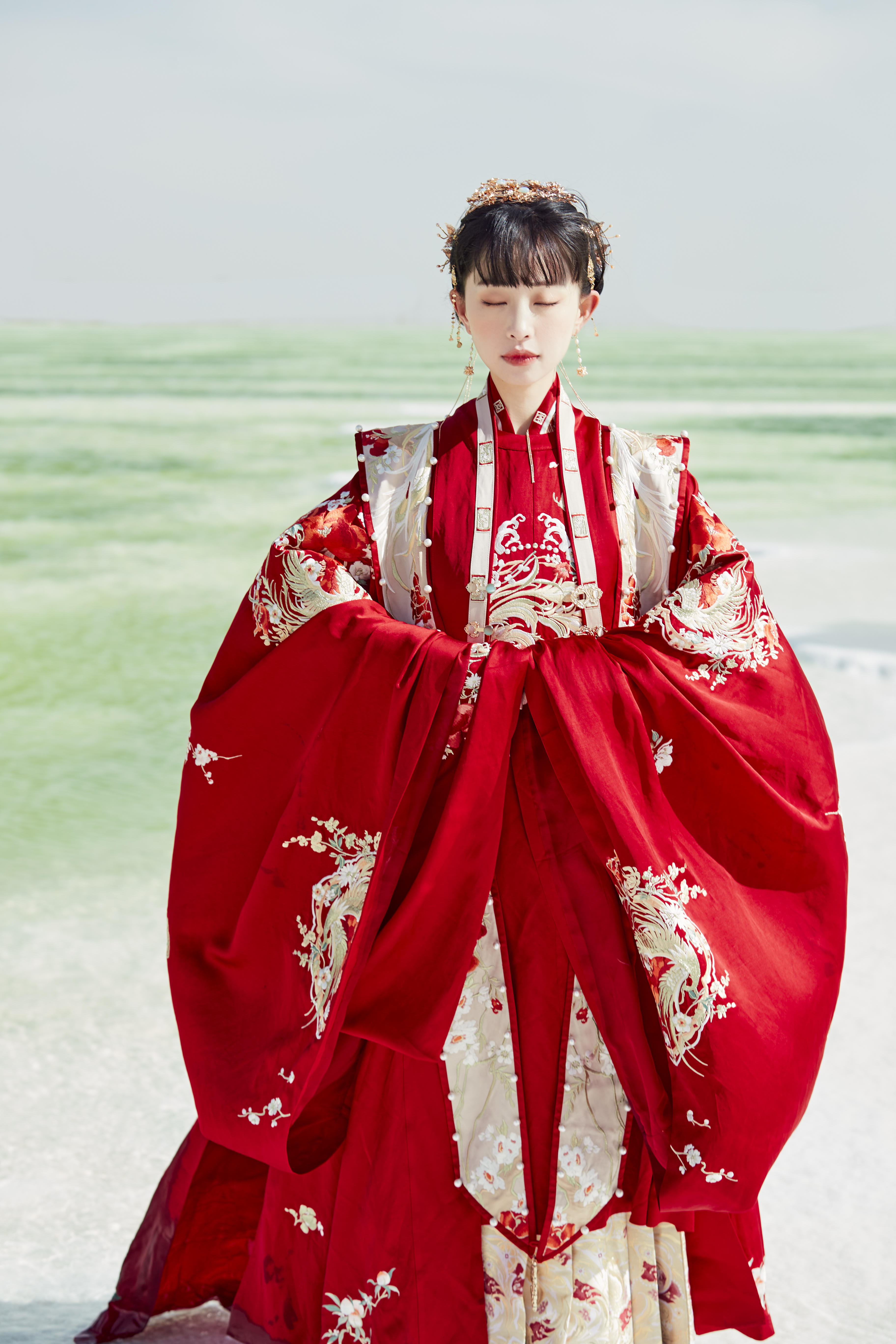 More than thirteen founders, cardamom, according to the official picture

At the time when Hanfu was “out of the circle”, more than thirteen came up with original national style content

In recent years, national style culture has gradually become popular among young consumers represented by Generation Z. More and more people try to go out of the street in Hanfu, and various cultural activities on the theme of national style and Hanfu that integrate local elements have emerged. During the NPC and CPPCC this year, the news about the establishment of Hanfu Day and Adult Day proposed by the deputies of the People’s Congress also resonated with many netizens, and was once on Weibo’s hot search.

At the time when Hanfu culture was out of the circle, as one of the earliest explorers, more than thirteen witnessed the continuous transformation of young consumers’ perceptions. More than thirteen CEO Lu Yang told that Hanfu had been popular in niche circles as early as ten years ago, and began to move towards the public eye around 2016. However, the initial stage was not smooth, and it would be regarded as fancy clothing and would not be understood by the public.

Since 2019, driven by high-quality original authors on platforms including B Station, Douyin, and Kuaishou, consumers have begun to boldly bring Hanfu into their daily lives. Station B data shows that in 2019, the number of national wind enthusiasts at station B reached 83.47 million, of which 83% were under 24 years old. From January to March this year, the number of national wind video submissions at station B increased by 124% year-on-year, and the number of Guofeng UP owners increased by 110% year-on-year. Tmall Women’s HanfuIndustry leader Xiao Feng said a few days ago that the number of potential users of Hanfu is expected to exceed 400 million.

Hanfu is the entry point for Shisanyu. Lu Yang told that the underlying genes of Shisanyu are content rather than clothing. Hanfu is the first step for Shisanyu, and it is by no means the end. The original intention of Thirteen Yu’s Hanfu was to help young people who don’t know so much but are interested in traditional culture to take the first step by making themselves beautiful.

In the process of moving from a niche to a public view, new brands that focus on national style culture are constantly emerging. According to a data released by CBNData and Tmall, the number of Hanfu brands with a scale of more than 10 million on Tmall doubled compared with MAT in 2018.

However, there is still a lot of room for improvement in the application of Guofeng culture in the modern business field. For the brand side, it is necessary to invest more energy to understand the aesthetic trends of modern young people, and use the national style culture as a carrier to maintain high-frequency interaction with consumers. In addition to improving the construction of the supply chain, what is more important is the resources and experience of investors such as B Station and Bubble Mart in the operation of original content and trendy cultural consumer goods IP operations, which will also bring important inspiration and help to more than thirteen. This financing will further consolidate more than thirteen brand advantages.

As a leader in the vertical category of content consumer goods, it is bound to be accompanied by a stable supply chain. Lu Yang said that Thirteen has gradually established two supply chains, one is the industry-leading consumer goods supply chain network. According to his introduction, the production process of Hanfu is relatively complicated, and the traditional clothing supply chain needs to be improved to have the capacity for large-scale and large-scale production. More than thirteen have begun to integrate upstream and downstream supply chain networks, independently establish training systems and transformation systems, so as to ensure the efficient and coordinated operation of different links in the chain.

The other is the content supply chain. Compared with other brands, one of the special features of Thirteen Yu is that it started from producing original content and has long-term explored the inheritance of national style content represented by Hanfu culture, forming a mature content methodology system.

More than thirteen have also cooperated with brand IP and creators such as “Glory of the King”, “Qingpingle”, “Hundred Scenes of the South of the Yangtze River”, Magic Card Girl Sakura, Yinlin and other brand IP and creators, launching Hanfu, shawl, purse and other national style consumer products , Continue to enrich more Guofeng usage scenarios. In terms of channels, in addition to the foundation of online channels, more than 13 plans will also cooperate with Bubble Mart and cultural tourist attractions to jointly explore the presentation of offline national style culture and enhance interaction with young consumers. 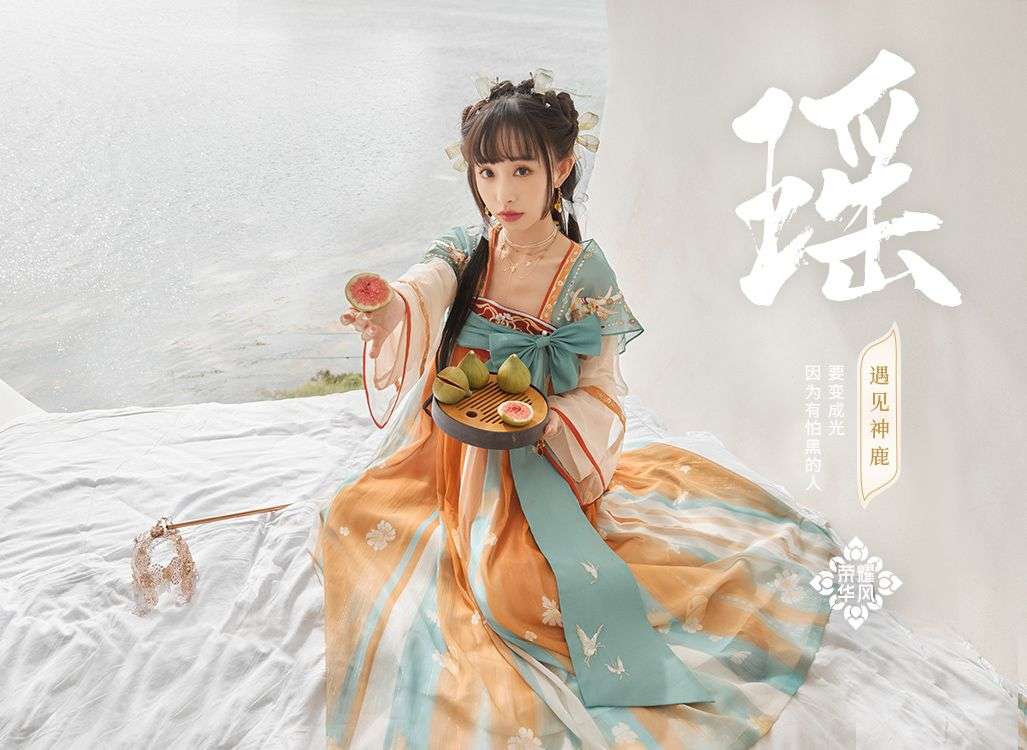 As one of the lead investors of this round, Zhengxingu said that Hanfu carries traditional Chinese culture and is a consumer category that young people like very much. In recent years, the penetration rate has continued to increase, which reflects young people’s love for national style elements and their confidence in national culture. More than thirteen teams continue to cultivate the field of Hanfu, with strong innovation potential, and are good at combining national aesthetics with modern design elements. This time, Zhengxingu joined B Station and Bubble Mart to invest more than thirteen together, hoping to build stronger barriers for the company together.

Station B said that Hanfu not only inherits and promotes traditional Chinese culture, but is also the most representative new consumer category loved by Generation Z. As a rising star in the Hanfu field, Thirteen Yu has become a leader in the industry in just a few years. After this investment, Station B will continue to deepen the cooperation with Yu Shisan, strengthen the brand power of Shisan Yu, and further promote Hanfu culture.

Papa Mart said that Hanfu is the most representative IP in Chinese traditional culture, and the development and operation of IP is what Pao Mart is good at. He hopes that through this investment, he can explore with more than thirteen The integration of Chinese traditional culture and contemporary trend culture has helped modern Hanfu move towards a larger consumer market.