From “incubator” to “B round”

Editor’s note: This article is from WeChat public account “People God is working together (ID: tongyipaocha), the author is full of people.

Why is the valuation too high but it hurts you?

There is a plot in the American TV series “Silicon Valley”. Richard, the CEO of the entrepreneurial team “Magic Flute”, invented one of the most powerful compression algorithms, and became the “darling” of venture capital chasing.

But his venture capital friend gave him a suggestion: Someone gave you a runaway valuation, which is actually ruining your company, don’t accept it.

It’s like someone wants to invest in you, you counted 10 million, but you shook your head and said, no, I only value 5 million.

Don’t think that this is just a plot in a TV series. Although “Silicon Valley” is just a US drama, the plot of entrepreneurship seems to be open, but one thing is worthy of recognition: the venture capital shown in the drama is in the enterprise. The role of different stages is still very realistic.

This article, I will use “Silicon Valley” to talk about it What should entrepreneurs do to make use of venture capital to grow up from “incubator” to C-wheel, which are common pits? /strong>——Includes the question “Why can’t you overestimate” at the beginning.

From “incubator” to “angel wheel”

“Silicon Valley” was started from the “incubator”. The “business incubator” is actually providing rent-free office (and dormitory) for several years, as well as entrepreneurial consulting services for seniors.

When you first entered the “incubator”, these people often only have a big direction of entrepreneurship, and even the direction is constantly changing. Today, we must do a sharing economy, and we will do blockchain tomorrow, and all kinds of big and unreasonable concepts are flying all over the sky. Most of these projects are unreliable. For example, there is a startup team to use microwave technology to heat the skin, and someone to do a parking parking location software to prevent themselves from finding a car.

Of course, The real project of the Niubi is very unreliable at first, so the “incubator” owner Ehrlich is usually the one who refuses to come, and then slowly observe and slowly eliminate it. The high failure rate naturally requires high returns on a single project. Ehrlich can only make up 10% of the shares of the “company” (actually no company at this time) with the “free office” offer.

In addition to the government or private “incubators”, there are also “seed rounds” in the early roles, as well as “investment agents” – as long as you are 10 to 20% Give him equity (or a rebate for investment) and he will help you package the project, establish a business model, and contact the investor.

The “incubator” is good, but the time given to you is very short, the boss can sweep you out at any time, so Richard, the protagonist of “Silicon Valley”, from the first day of entering, it is non-stop Optimize ideas and find investors, accept the first test of the first level, that is – “angel wheel.”

From “Angel Wheel” to A round

With a technology, or a prototype of a product, but you don’t have the money to make the product, what should I do? This is the problem solved by the angel wheel.

The protagonist Richard in “Silicon Valley” is a standard technology house. Without a business mind, he invented a new compression algorithm, but made this promising technology into “only facing the search rights of musicians.” The small and beautiful product, so repeatedly ridiculed by the incubator owner Ehrlich.

But this does not prevent people who are truly knowledgeable from discovering the value of this technology and knowing its true use: search, storage, etc. in the high-frequency public business.

(Note: The financing environment shown in “Silicon Valley” is under a slight bubble economy. If it is a “freezing period”, the product will not be able to get the angel wheel. The same)

In addition to technology and ideas, An angel investment is more about the background of the founder. Richard has a working background for big companies, no points added, but no points. However, this background may not be sufficient in China. For domestic VCs, the industry background is far more important than the entrepreneurial direction.

An angel wheel is very different from an “incubator”. The “incubator” invests in people, and the “angel wheel” has begun to transition from person to team – “Silicon Valley” has one In detail, the VC’s check was opened to the company, and the “Magician” company did not exist at the time.

Angel investigator Gregory told CEO Richard, you want to get the investment, you must do the following:

It all forces the inexperienced founder to change his role, from an expert in a certain field to a true team leader to ensure that the product can be made.

It can be said that the sole purpose of the “angel wheel” is to turn the “founder’s idea” into a real “company’s product”, so investors will only give It is enough to make money for the product, usually only enough for a few months, that is, adding a few equipment, recruiting a few people, and testing the money in a small-scale market. 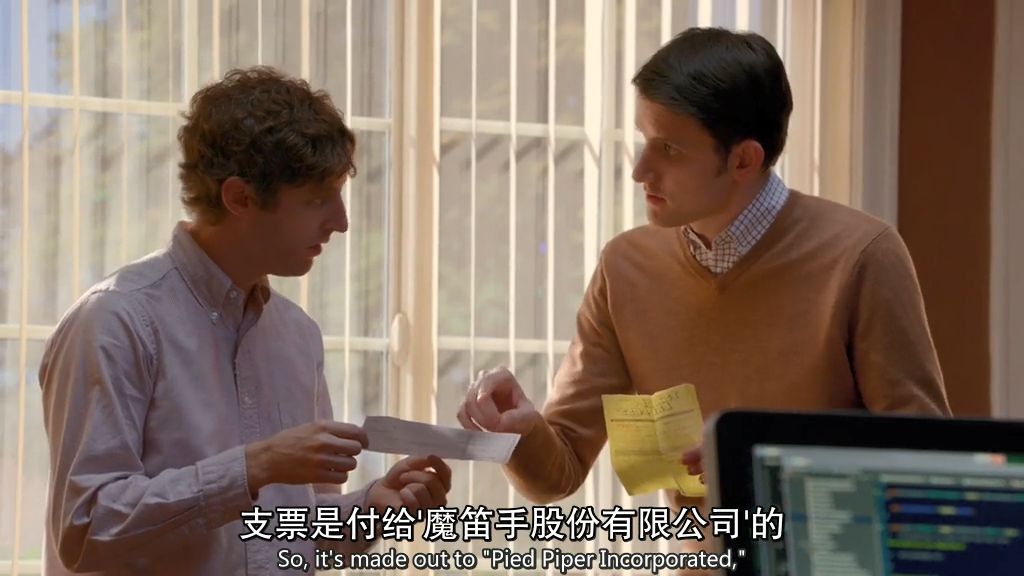 Once the product came out and reached the functions envisaged at the time, the game of “start-up financing and customs clearance” officially entered the next round – A round of financing.

Troubleful A round of financing

In “Silicon Valley”, the “Magician” team invented an algorithm that was more bullish than the “Angel Wheel” stage, coupled with the accidental death of Angel Wheel investors, so the next “A round of financing” caused a lot of The pursuit of venture capital.

Although this episode is too exaggerated, the TV series did not make mistakes in the focus of “A round of financing”. No matter how many technical products you have, the purpose of A round of financing is only one – help your product. Establish a “revenue model”.

What is the “income model”? Including: Who is providing the service? Who is charged? What is the core charging function? How to collect? How much can I collect? This stage does not have to fully realize the income, but Show the possibility of income to investors – if you are ToB, you want to see the customer order and the willingness to continue cooperation;If yes ToC, be sure to find “seed users”, or the rapid growth in the number of users and the proportion of payments.

“The Magic Flute” had a problem in this round, because with the intellectual property lawsuits of big companies, they did not find a professional venture in the A round and were forced to find an inappropriate investor – Billionaire Hannamon.

Why isn’t he a qualified VC? Because you want to run through the revenue model, you must first use the mature R&D team to make the products easier to use, find the right customers (ToB) and users (ToC), and test the potential market to prove the “revenue model”. Effectiveness.

To achieve these tasks, the team members must be increased, the organizational structure should be sound, and the external relationships should be straightened out.So A-round ventures not only have to invest money, but also help the startup team. Finish what they have never done before.

Hannamon not only did not have the money in place, but also often interfered with the normal operation of the team. What’s worse, he decisively betrayed the company’s interests when he encountered a financial crisis and asked them to make a profit immediately.

As a result, the “Magic Flute” can only be commercialized when the product is not mature. Fortunately, there is a “protagonist halo” possessed. If it is not in the drama, it has already died eight times.

So, the real A round of “The Magic Flute” is Hannamon’s sale of the equity to the real venture capital, and finally get the A-round “Magic Flute” to the next goal “B The wheel “runs” to recapture the lost time.

Failure from Round A to Round B

Before said, the financing goal of Round A is to help enterprises run through the “revenue model”, mainly referring to the size of users and the willingness to pay, and did not consider the issue of profitability. Therefore, at the beginning, the round-A venture capitalized billionaire Han Namon also asked the company not to make a profit, as long as the number of users.

But sometimes, the “revenue model” reasonable business model may not be profitable, or the day when the profit is not profitable, the goal of the A round of financing will jump directly to the “profit model.”

Bucker, the alien CEO of “Magic Flute”, believes that it is now a “bubble period” that can be smashed at any time. Now it is racing against time. His business goal is to find products that can be quickly commercialized and sold to Large companies, immediately profitable cash flow income, and then quickly B round, C round financing, and then listed,

In fact, if the market size of a product is limited and the barriers to competition are not high, it is better to run the “profit model” directly. The most typical one is the business that relies on large customer orders.

As a foreign CEO, Buck thinks so. He doesn’t understand the value of this compression algorithm. He sees the “Magicial” as an ordinary technology company. The end point is listing or high price. Sold to big companies.

And Richard knows the importance of his algorithm. He wants the former model, big platform, amazing products, massive users, changing the world…

It is obvious that the “Apis” A-round venture capitalist Laurie did not think about this problem, which led to the founder and the CEO having a control battle because of the business direction, wasting the entrepreneurial The most precious time and resources.

Although in the end, Laurie realized this mistake (thanks to the bubble economy, let the platform be higher than the hardware valuation), “Magic” returned to its original position, but tossed a circle, the money is gone.

The money didn’t support the next round of financing, and most startups are so dead. Although it’s a pity, it’s in full compliance with business rules. The money that the investor gives you has a set purpose. Can’t you really have the next round?

Fortunately, Richard once again used the “lead aura” and miraculously made the platform out of the money. But at this time good luck has been exhausted.

If you are doing a toC platform, then the number of users is the pass for you to get the B round. This is the most fancy thing for the B round. The new platform for “The Magic Flute” is because the technology is difficult for ordinary people to understand, the number of users is growing slowly, and Richard has no time and money to improve his products.

In the end, Richard took the risk and bought fake users. The matter was revealed and the B round failed completely. 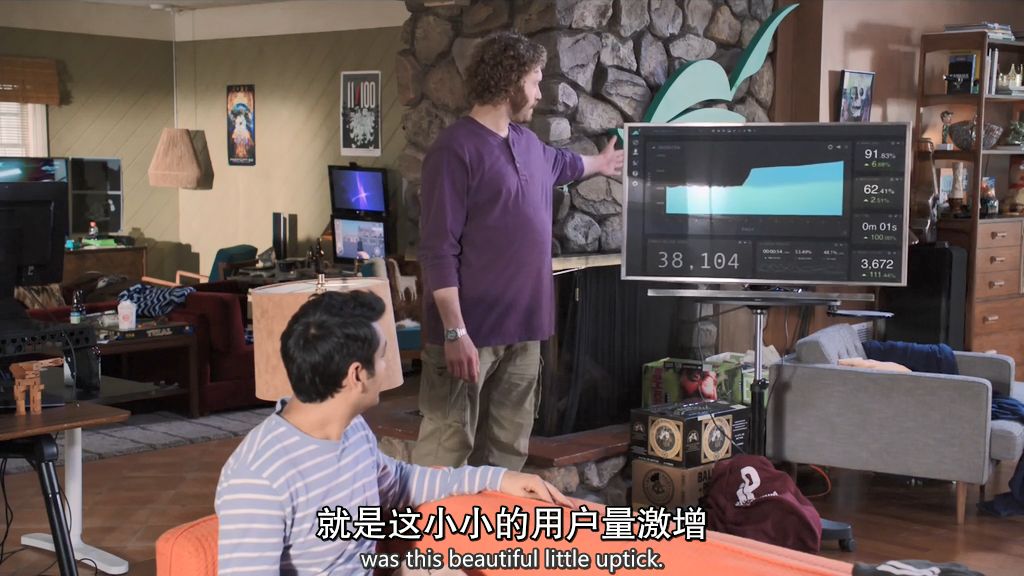 Return to the sky to complete the B round

Speaking of this, we can imagine that if Richard didn’t waste time, the user slowly grew in the initial stage and eventually reached a certain scale. He finally got the B round. After that, how can he continue to reach the C round?

In fact, if set according to the plot, the “Magic Flute” before the transition will never reach the C round, because the user can not understand his product, he will never solve the problem of profit model. <