When more and more start-up brands choose smart home as a starting point, the smart home ecosystem is getting richer. But many brands also have disadvantages. Each company started to build its own platform and services, and the original market became more fragmented. You can either choose a single brand family bucket, or choose the star products of each brand, and then control the apps in your phone.

At the end of 2019, Apple, Google, Amazon and other giants announced a new cooperation, they will jointly set up a “ Connected Home Over IP ”organization, aims to develop and formulate a set of smart home connection standards based on the IP protocol. And a recent new Apple patent is also working to deploy these smart home devices. Reported by Patently Apple , Apple’s new patent is called” Tracking and Authentication Based on Modular Wall Components. ” The name looks bland, but if you continue to look at it, it will be a very bright feature.

For example, this patent can generate a floor plan for you.

How to do it? Smart devices communicate with other sensors via radio, and these sensors will The specific information is passed to the central system . This method can measure the change of the communication threshold of the smart device, triangulate the location where it is placed, it can also monitor the time it sends or receives messages, and the angle at which the signal arrives.

The system can directly determine the location of the smart home and automatically generate the floor plan of the building without any user input and any interaction based on the determined position, direction, and distance.

It can also change your smart home at any time without any settings by the user. For example, if you install a new modular accessory switch (such as a smart light switch) in a restaurant, with your permission, this system can automatically recognize it as a restaurant light switch in an application on the iPhone, and Display this switch in the application.

The patent even describes In such a scenario , the system can detect whether the user is an “authenticated” user at home and provide them with hierarchical smart home access rights based on their identity.

In general, this patent can automatically detect new smart devices, confirm the room where the smart devices are located, and authenticate them for unified configuration and use by users. But more than that, the system in this patent will use communication technologies such as ultra-wideband (UWB), which can realize space perception just like the current iPhone 11. It can detect movement when you carry your iPhone, turn on the light switch when you walk through the house, start boiling water when you enter the kitchen, and so on.

Apple submits a large number of patent applications every week. Although it can show the outside world what Apple is interested in, it does not guarantee that Apple’s future products and services will definitely use these patents. 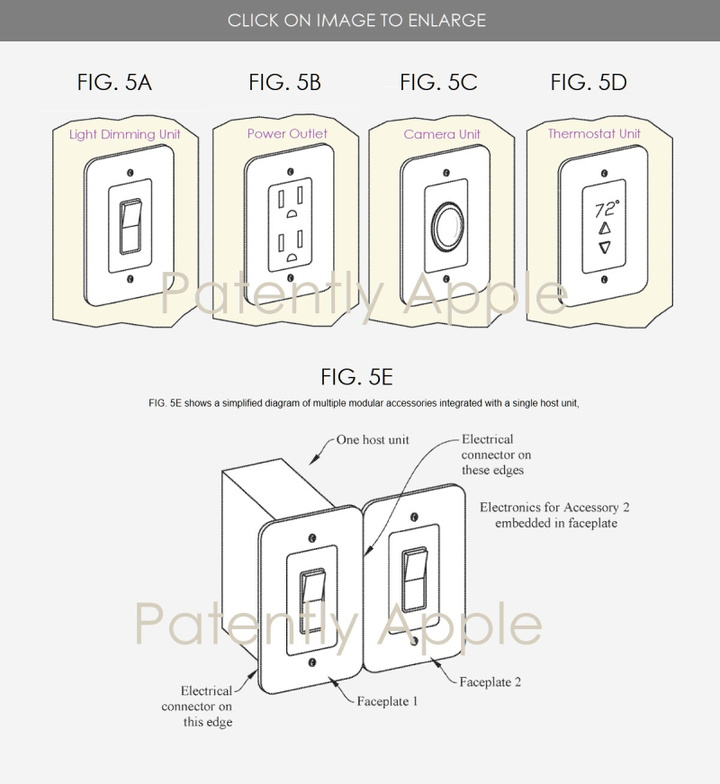 However, with the rare cooperation of Apple, Amazon, and Google, the automatic configuration system described in the patent may soon become a reality. Just like Apple says :

Although smart home technology has brought many benefits to society, we still need a smart home system that allows ordinary consumers to more easily customize, extend and reconfigure their homes in a more convenient way. An easy and friendly way.