In the past, the epidemic has frozen the lives and work of many people, but this winter does not seem to be very cold.

This is not a metaphor, according to data from the US National Oceanic and Atmospheric Administration (NOAA) , January 2020 is the hottest January on Earth’s records.

NOAA has recorded 141 years of global climate change. In the past January, the global surface temperature of land and sea has reached the highest since 141 years, which is 1.14 ° C higher than the average temperature of January 20th century.

Last time global temperature was higher than industryJanuary, where pre-chemical levels exceeded 1 ° C, occurred in 2016, which was the hottest year on Earth’s record. And January 2020 is already the 421th consecutive month with a higher average temperature than the same month in the 20th century.

The increase of 1.14 ° C is only an average, and the temperature in January in many parts of the world hit a new high. Among them, in Russia, Scandinavia, and eastern Canada, the average temperature was 5 ° C higher than January.

A few days ago, the Antarctic continent also recorded the highest temperature on record ——18.3 ℃, which is better than summerIt’s going to be warmer. A spokesman for the World Meteorological Organization, Clare Nullis, said that the northern Antarctic Peninsula is one of the warmest regions on the planet and that temperatures have risen by almost 3 ° C over the past 50 years. 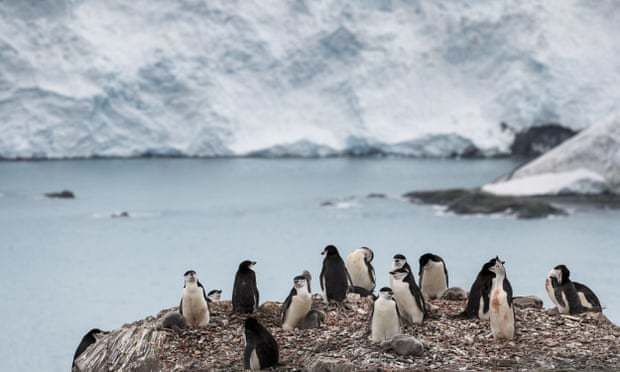 One of the most intuitive manifestations of January ’s record highs is the reduction in snowfall.

It’s winter in the northern hemisphere, and snowfall in January hit a new low in the past 54 years. In the United States, Syracuse is known as Syracuse. Snow is only half as thick as in previous years, and the average snow height in January was 45.6 inches. Snow thickness is only 6.6 inches .

▲ Picture from: The Independent

Insufficient snow has forced many ski resorts to close their ski slopes. Frederic Foltran, a French tourist, took skis to travel, but found that there was no snow at all. Finally, he modified his skis, and skiing became ” Sliding grass. ”

Also in January this year, the World Meteorological Organization confirmed that 2019 is the second hottest on record Year . But this ranking may soon change. Scientists at the National Environmental Information Center (NCEI), a NOAA subsidiary, analyze that 2020 is likely to be among the hottest five years on record.

There are more and more “hottest months”. Is there a natural or human disaster behind the global “fever”?

“X month has become the hottest month in the history of mankind”, you may not be surprised at all about such news, because such “hottest month” has appeared many times since last year. Feel the pace of accelerated global warming.

June and July 2019 both broke the record for the hottest month on record. The hot air from North Africa and Spain has allowed many European countries to record high temperatures of over 40 degrees. LaleThe city of Guellemontier refreshed France at a temperature of 45.9 ℃ History Highest Temperature Record .

Banak, the northernmost point of Norway in the Arctic Circle, actually recorded a high temperature of 32 ° C . Know this place Previous summer average temperatures were only 8 ° C to 12 ° C. Although this will not affect the life of polar bears for the time being, NASA’s climate change research shows that , Arctic sea ice is melting at a rate of 13.2% per year. 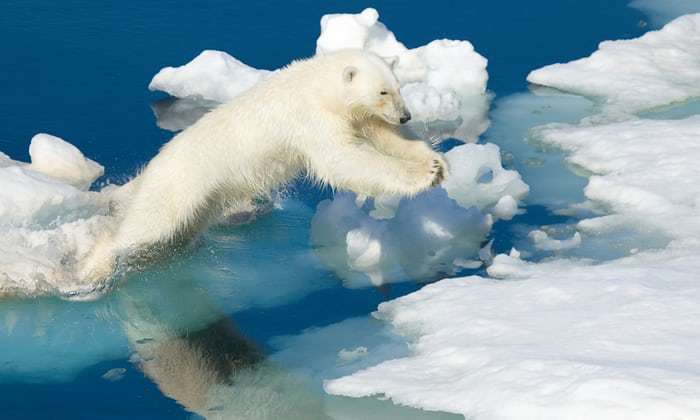 ▲ Picture from The Guardian

It is even more worrying that such extreme weather may occur more and more frequently. According to the World Meteorological Organization, according to the current trend of greenhouse gas emissions, such a heat wave may occur every two years.

Although 2016 is still the hottest year on record, the high temperature in that year was mainly affected by the Pacific El Niño, and the unusually high temperatures in these two years were likely caused by greenhouse gas emissions . Secretary General of the World Meteorological OrganizationTales Representation :

We expect to see many extreme weather in 2020 and decades to come, driven by record levels of greenhouse gases in the atmosphere.

As the new pneumonia epidemic spreads in China, the forest fires that have been abused in Australia since September last year are still burning. Today, Australia has only Declaration of fire control .

The fire, which lasted for nearly half a year, burned more than 10 million hectares of land, which is equivalent to the entire area of ​​South Korea. More than 2,500 homes were destroyed, tens of thousands of people were displaced, and about 1 billion wild animals were buried in flames.

The haze brought by this fire once covered 70% of Australia ’s sky , at its worst The air quality in the capital Sydney reached the worst level in the world, exceeding the dangerous standard more than 10 times. Some Australian Open players retired because of difficulty breathing during the game.