To engage in academic essential PS?

Editor’s note: This article is from the WeChat public account “New Wisdom” (ID: AI_era), the author is new Zhiyuan.

Recently, PubPeer, a well-known academic anti-counterfeiting fighter, revealed that Gregg Semenza, the 2019 Nobel Prize winner in Physiology or Medicine, had more than 30 papers suspected of fraud. Means include data fraud, P-pictures, etc., and his own protégé and John Hopkins University The deputy provost is also involved.

This year’s Nobel Prize has just been released, and there was a problem with the Nobel Prize last year.

PubPeer, a well-known anti-counterfeiting website, recently revealed that Gregg Semenza, winner of the 2019 Nobel Prize in Physiology or Medicine, has more than 30 papers suspected of fraud, but the methods are also very old-fashioned, P picture According to statistics, these papers were published between 2001 and 2018.

Can the corresponding author not know? Student: He was very patient and had a real impact on “improving results”

Semenza was born in 1956 in an intellectual family in Queens, New York City, and grew up in Westchester County. After graduating from Sripi High School in 1974, he entered Harvard University to study genetics. In 1986, he went to Johns Hopkins University to do post-doctoral research and later became a professor of the school. 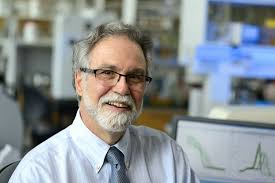 Gregg L. Semenza is mainly engaged in research on hypoxia-inducible factor (HIF) related fields, and has published more than 400 papers, which have been cited more than 100,000 times.

Let’s take a look at the more than 400 papers that have been questioned. 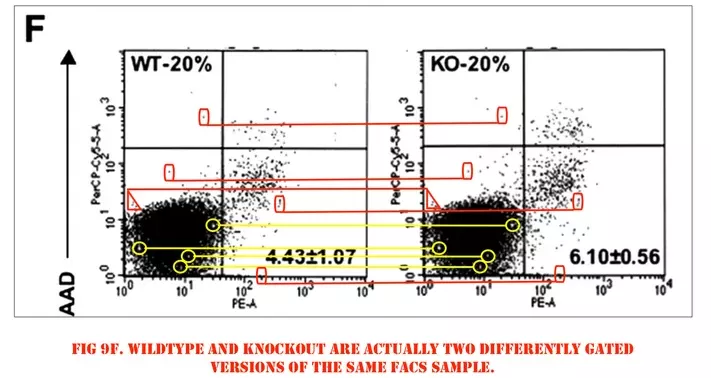 In 2008, Semenza published a paper entitled “Mitochondrial autophagy is an HIF-1-dependent adaptive metabolic response to hypoxia” in the Journal of Biological Chemistry, and the results of the two different experiments were almost identical. 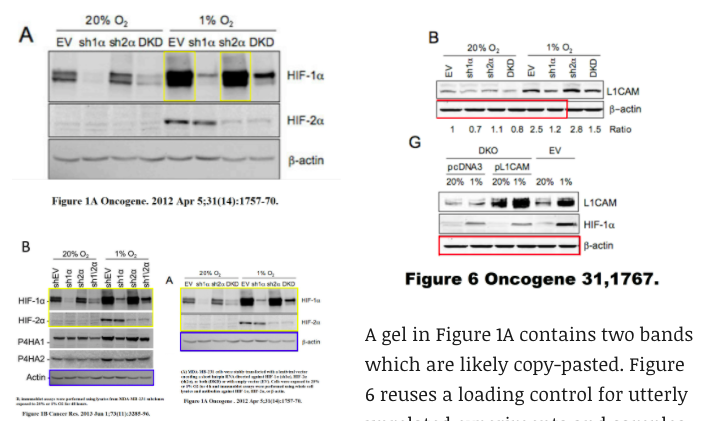 The gel in Figure 1A above contains two bands that may be copied and pasted. Figure 6 reuses loading controls for completely unrelated experiments and samples. Judging from the shape and spacing of the bands, the beta-actin western blot does not match the gel shown in panel B nor panel G.

And this paper from seven years ago. The data of HIF1α is also copied and pasted. 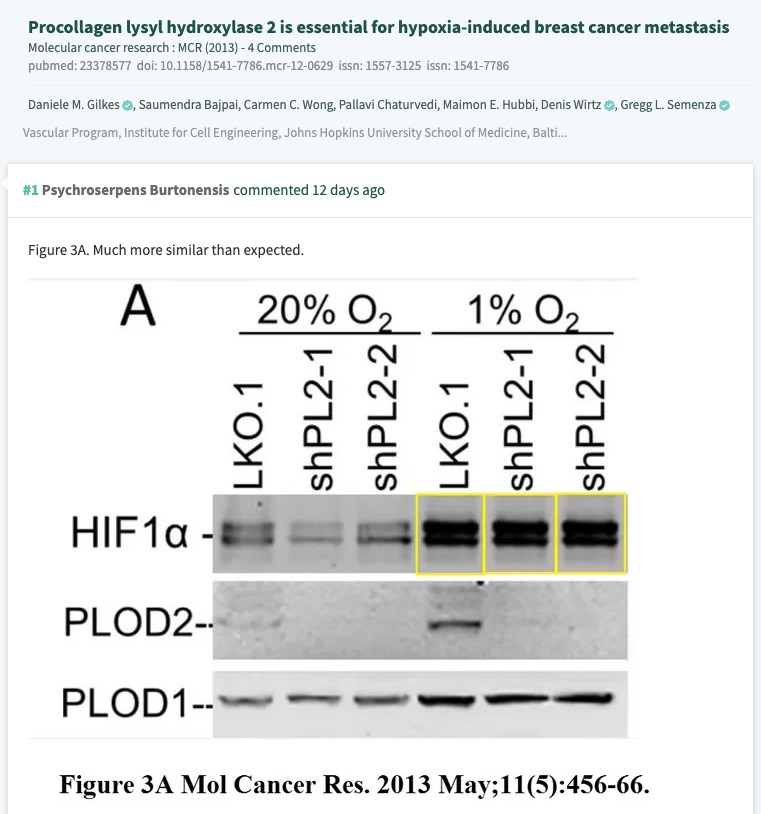 Daniele Gilkes, the first author of the above paper, has a close relationship with her mentor Semenza and is now an assistant professor at Johns Hopkins University.

Could it be that Semenza didn’t know that his postdoc was doing these little actions, it was entirely the student’s own idea?

The following is another paper by Gilkes in Semenza Lab. The co-author of this paper is Denis Wirtz, the associate provost for research at Johns Hopkins University. Wirtz is responsible for investigating whether Nobelist’s papers (including those he co-authored) are suspected of academic misconduct. 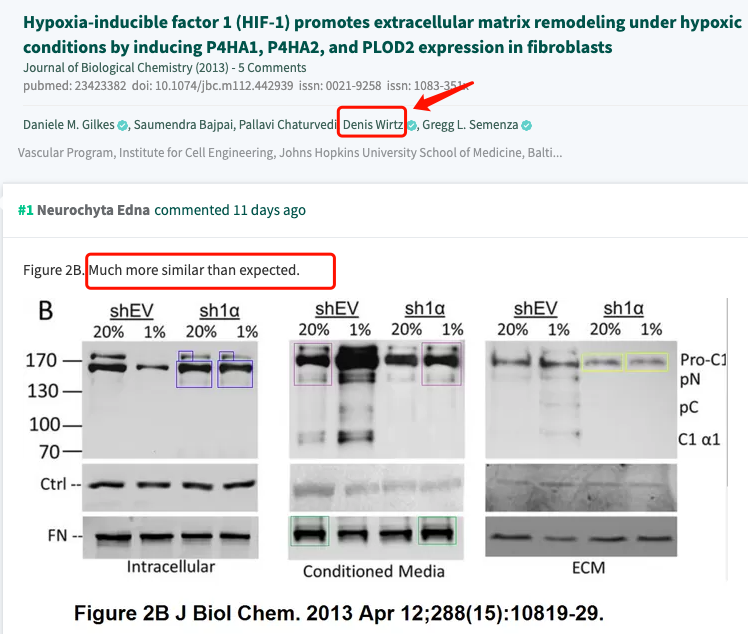 Denis Wirtz, as a co-author, has repeatedly appeared in Gilkes’s papers. It is understandable that students, mentors, and dean of academics can work together in scientific research, but the athletes and referees are playing together, which is a bit silly and confused. 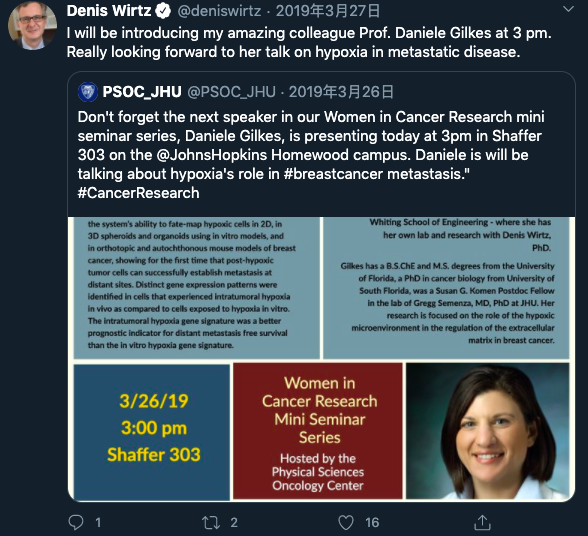 Last year, after winning the Nobel Prize, Semenza also quoted in an interview with the Journal of Clinical Research (JCI):

“The only thing I have pretended is to treat myself as a specialists. Investigating crimes, Being a detective is like being a scientist, right?”

Some netizens commented, “If you don’t see it at all or pretend not to see it, then you can’t do it Got it “.

PubPeer: Academic anti-counterfeiting fighter, so that there is no way to hide fake papers

PubPeer was founded in October 2012 and changed to operate anonymously since October 2015. The operators are Brandon Stell, a neuroscientist at the French National Center for Scientific Research, and the other two have usernames George Smith and Richard Smith. .

Some websites are similar in nature to PubPeer, and both allow academic researchers to conduct post-publishing peer review. PubPeer focuses on the shortcomings of some high-profile papers, and some even make published papers withdrawn and accuse researchers of scientific research fraud.

Most of the discussions in PubPeer are fabricated or modified data in the paper, or plagiarism of other people’s papers.

The Japanese scholar Haruko Obokata published the world’s first paper on the effective production of STAP cells in the journal Nature in the spring of 2014. After the paper was published on January 29, 2014, there were many discussions in PubPeer.

A few days later, it was pointed out that there was an abnormal situation in the data, and it was finally confirmed to be fraudulent. On November 2, 2015, in the morning Paddy Field The university announced the cancellation of her doctorate.

If you want to apply for a PubPeer account, you need an account in PubMed journal database to register. It means that you are the first author or corresponding author of the journal included in the PubMed database to apply for the account. Although the registration is real-named, the statement on the platform is anonymous.

However, some netizens said that PubPeer is mainly aimed at well-known scholars, and it is “not easy” to be targeted by it.