The financing news reported by the “Venture Channel”, as well as early-stage entrepreneurial projects in various fields that we are focusing on.

It was learned that the corporate training platform “Cool Academy” has recently officially completed a 100 million yuan A+ round of financing. Qiming Venture Capital and Yunqi Capital jointly led the investment, and Jiayu Fund and Tootou Shidao Investment Fund participated in the investment. Guangpu Capital and Hotball Chuangfu served as financial advisors for this round of financing. Cool Academy CEO Hua Junwu said that this round of financing will focus on AI technology research and development, user experience upgrades, and fast industry super extension exhibition Wait for the direction…(For more information, please click here)

It is learned that the Chinese language education technology company “Xuyin Education” has recently completed a multi-million yuan angel round of financing, and Jinghe has acted as the exclusive financing consultant. This round of financing will be used for its Shizhuyuwen B-end platform and mini program construction, Animation IP production.

Established at the end of 2016, Shizhu Yuwen’s main business is to provide language course system construction and teacher training for education institutions in the sinking market. After this round of financing, Shizhu Yuwen will accelerate the construction of online courses, understand students’ weaknesses through AI algorithms, and accurately push courses and exercises; at the same time, Shizhu Yuwen will reach more B-ends and lead to small programs…(click here for more information)

It was learned that the global travel cultural content platform “Sanmao Tour” recently received tens of millions of A+ rounds of financing, which was funded by New Oriental Education Group Investment, the funds will be mainly used for the joint creation of research course content, general education courses for children, and the development of high-quality content resources. Investor New Oriental stated that on the one hand, this round of investment is optimistic about Sanmao Tour as a content service platform, from Cultural tourism content involves the development trend of pan-educational content. On the other hand, it is also because the two parties also have strong business synergy.

After this round of financing, Sanmaoyou said that it will focus on developing online content sections based on the original content product line, and launch pre- and post-study supporting courses to enable students to study During the visit, the online preview content was combined to achieve an integrated effect. At the same time, Sanmao Tour’s existing high-net-worth paying users will accurately divert New Oriental’s study tour business, and New Oriental’s accumulated teaching and training users will also bring more accurate users to Sanmao Tour…(click here for more information)

According to foreign mediaFinSMEs reported that recently, the comprehensive mathematics learning platform “Knowledgehook” received US$20 million in Series A financing. This round of financing was led by the London-based Education Technology Investment Fund, with participation from Central America’s Alexandria Corp, Nelson Education, Ideal Ventures and Nicoya Ventures.

September 2016, located in “Knowledgehook” in Toronto, Ontario, Canada, was founded by Arthur Lui and CEO Travis Ratnam. The company has created an AI-powered technology platform that combines deep expertise with data science to help school boards and teachers assess gaps in mathematics education and apply the predictive insights provided by the platform…< a href="https://36kr.com/p/926845742516099" target="_blank" textvalue="(click here for more information)">(click here for more information)

It is learned that Shenzhen Leadstar Network Technology Co., Ltd. (hereinafter referred to as “Leadstar ERP”), a leading SaaS software service provider in the cross-border e-commerce industry, has completed a 70 million yuan A round of financing, which was funded by Hillhouse Ventures and Shunwei Capital led the investment and Blue Lake Capital followed suit. Prior to this, Leadstar ERP also received a strategic investment from the domestic e-commerce SaaS ERP giant Jushuitan.

Established in 2017, “Leading ERP” is dedicated to creating value for the cross-border e-commerce industry through SaaS products, making sellers’ business easier. Since the company’s “ASINKING ERP”, which serves cross-border e-commerce Amazon sellers, has been launched, its product functions and services have been highly recognized by industry users, and it has become the top Amazon SaaS ERP advertising user ranking.3. The renewal rate is as high as 90%, and it has become the choice of over 40,000 cross-border companies. Cooperative customers include Global Tesco, Youkeshu Group, Gonglang Network and many other well-known brands and listed companies in the industry…(Click here for more information)

It is learned that the foreign trade enterprise cross-border financial and risk control service company “XTransfer” announced the completion of the C1 round of financing, led by Telstra Ventures, MindWorks Capital conceptual capital and old shareholders followed up, and Light Source Capital served as the exclusive finance Consultant, the specific financing amount has not been disclosed.

It is learned that PATEO IOV officially announced today that it has completed the B round of strategic investment by Haier Capital. The investment amount and specific share ratio were not disclosed. Haier Capital was established in 2010. It is an investment platform under Haier Financial Control. It focuses on three major areas: smart technology, healthcare, and innovative consumption. field.

It was learned that “Hangzhou National Core Technology” today officially announced that it has received hundreds of millions of yuan in Series C financing. This round of financing was led by CITIC Securities Investment, followed by Gaorong Capital, Haier Capital, and Yaotu Capital. A round of investment institutions continued to increase their participation. The financing funds will be mainly used to expand industry scenarios.

National Core Technology was established in 2001 and is one of the world’s leading suppliers of set-top box chips. The developed digital set-top box chips have accumulated nearly 400 million products shipped, and products equipped with Guoxin technology chips can be found in most countries around the world. According to the company, in 2019, Guoxin Technology’s set-top box chip shipments exceeded 30 million, and shipments in multiple market segments accounted for industry-leading market shares…(click here for more information)

Recently, Shenzhen Universal Technology Co., Ltd. (hereinafter referred to as: Youdi Technology) announced that it has received a strategic investment from Green Hotel Group. Uland Technology will use funds to accelerate the product upgrade of robots and make efforts in the hotel market.

Udi Technology was established in 2013, focusing on the landing of indoor and outdoor distribution scenarios at the end of three kilometers. Udi robots have been maturely used in hotels, office buildings, residential buildings, KTVs, hospitals, schools, parks and other scenes, covering more than 200 cities across the country, providing more than 1,000 commercial venues with an average of more than 60,000 people per day leading and delivering Service, while reducing costs and increasing efficiency for businesses, while improving user experience…(Click here for more information)

It was learned that Hemu Biological Engineering Co., Ltd. (hereinafter referred to as “Hemo Company”) has completed tens of millions of dollars in Series B Financing, this round of financing was led by Hillhouse Ventures, followed by Legend Capital and Sanzheng Health Investment. Haoyue Capital served as the exclusive financial advisor for this round of financing. thisThis financing will be used to support the subsequent development and introduction of new products, and to add rapid research to launch the pipeline products to clinical and market Commercialization of products.

Hemu Company is a platform company focusing on innovative solutions in the field of vascular intervention. Its current product line covers the treatment of diseases such as ischemic stroke, hemorrhagic stroke and intracranial vascular stenosis.

It is reported that the company’s listed product TracLine is a new generation of distal access catheters, suitable for various neurointerventional procedures; in addition, its core product intracranial thrombus aspiration catheters will also be launched on the market; in the future, it will continue to be launched based on complete Pathway products for stroke solutions and related therapeutic products with cutting-edge technology……(Click here for more information)

2020 is a year for the social circuit to shine. The track witnessed Momo stepping out of the stranger social track and becoming the “social benchmark” in the Internet era, which is also called WeChat; During the epidemic, the rise of interest in social interaction represented by Soul also allowed people to see the large room for the realization of Freud’s spiritual demand theory; Blued successfully went public and became the “first stock of the same-sex economy in China”, which further verified the social circuit. The chance of a vertical class is great.

In the social business where imagination has been fixed by “hormonal business”, “interest social” and “vertical social”, there is no shortage of players who contribute new imagination. The recently contacted “Timebook” is one of the new players. Starting from the tool-type “AI album”, “Timebook” wants to understand the time and space information hidden in the hundreds of photos stored on the user’s mobile phone, and build a “social network based on time and space…(click here for more information)

It is learned that the health food brand Food Laboratory has completed nearly 10 million yuan in angel round financing, and this round is exclusively invested by Panda Capital , Yuanqi Capital acted as the exclusive financial advisor. Food LaboratoryCEO Sun Sida told that the funds will be mainly used for the construction of its own factory, new product development and Channel development.

Sushi Lab is a newly established snack brand in 2019. It is positioned as a “snacks industry ingredient expert” and mainly uses innovative technology to upgrade potato chip snacks to health. When the seed round of financing was completed at the beginning of this year, I reported on its model. The food laboratory has the original “0 oil clear puffing technology”, which can bake at about 140° without adding oil, preserving food nutrition, while maintaining low fat, high protein, low calorie characteristics… (Click here for more information)

To provide consumers with fresh produce, the vertical farming company “Plenty” received US$140 million in financing

According to Foreign media reported that recently, “ “Plenty” received US$140 million in financing. This round of financing was led by existing investor SoftBank and berry planting giant Driscoll participated in the investment. So far, the company’s total financing has reached 500 million US dollars.

In August 2014, “Plenty” headquartered in South San Francisco, California, was founded by Jack Oslan, Matt Barnard, Nate Mazonson and Nate Storey. The company is a vertical farming company that brings fresh, clean and healthy agricultural products to people all over the world. It is understood that the company’s vertical farm uses 99% less water than conventional fields, and the agricultural products do not contain pesticides. It is worth mentioning that the amount of fertilizer loss from the farm is almost zero…(click here for more information) 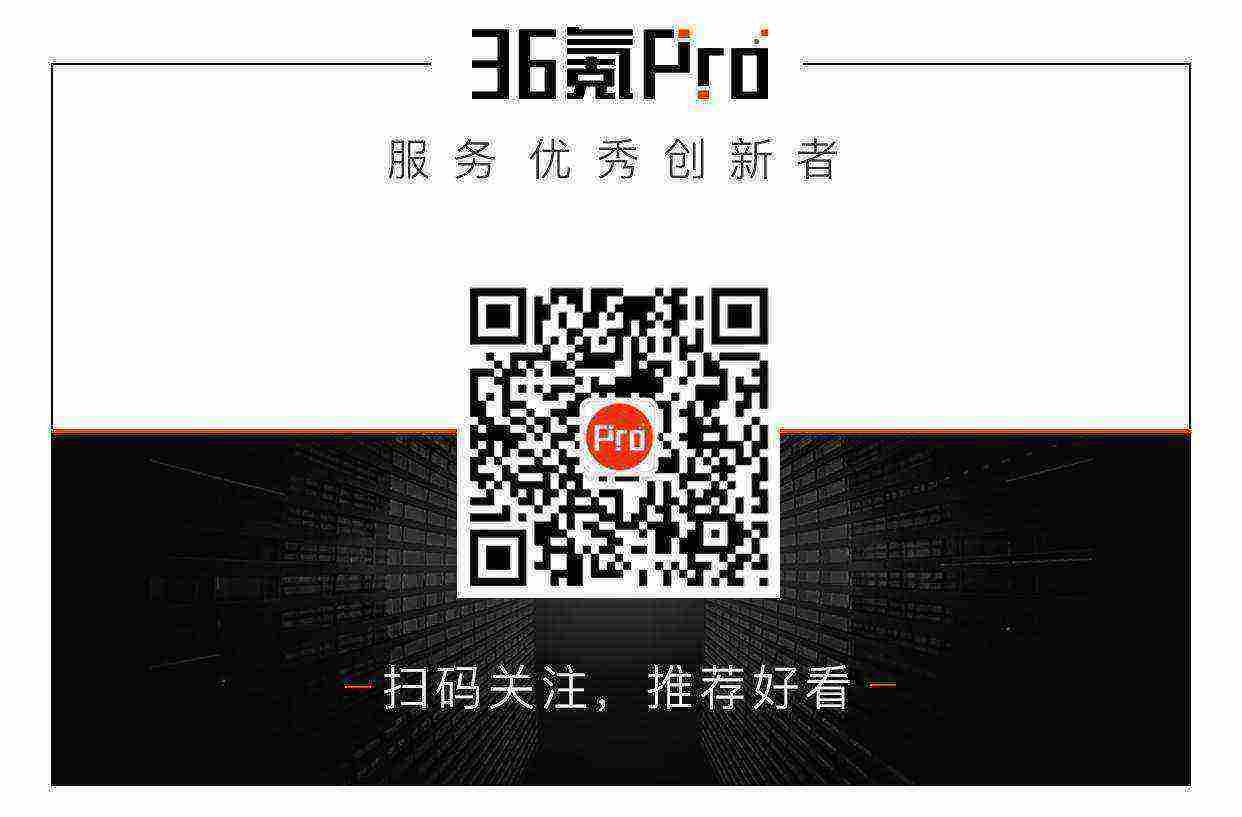